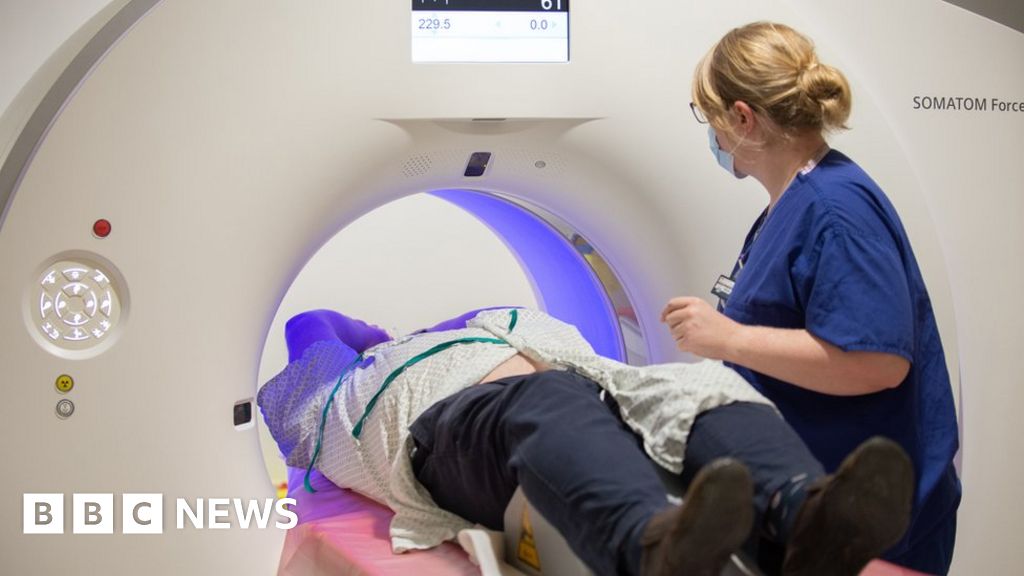 This week’s Budget will include an extra £5.9bn for the NHS in England, the government has announced.

The money will be used to help clear the backlog of people waiting for tests and scans, and also to buy equipment and improve IT.

More details are due on Wednesday – but Chancellor Rishi Sunak called the money “game-changing”.

Health bodies have welcomed the cash – but said it only goes so far and staff shortages need to be fixed.

The £5.9bn, set to be officially announced in Wednesday’s Budget and Spending Review, is on top of the £12bn a year that was announced in September.

That money is to be raised through tax increases – the rise in National Insurance and, from 2022, the Health and Social Care Levy – and will be spent on resources such as staffing.

This new money is capital funding, and will be used to pay for infrastructure and equipment.

Some of the £5.9bn – £2.3bn – will be used to fund a big expansion of diagnostic tests, for example through more CT, MRI and ultrasound scans, the government said.

That includes opening more community clinics for scans and tests – which the government had already announced – so people can get seen closer to home.

These centres will help clear the backlog of tests by the end of this Parliament, the government said.

Also included in the £5.9bn total is:

As part of the UK’s funding formula for the NHS, a proportionate amount will also go to the health services in Scotland, Wales and Northern Ireland.

“This is a game-changing investment in the NHS to make sure we have the right buildings, equipment and systems to get patients the help they need and make sure the NHS is fit for the future,” said Mr Sunak.

The aim is to clear, by the end of this Parliament, most of the existing huge backlog in non-urgent tests and procedures that developed during the pandemic.

The chancellor described the investment as game-changing.

But while health bodies have welcomed the extra money, they point to the persistent problems around staffing – extra scanners are no good if you don’t have the trained staff to operate them and interpret the results.

And the pressures on the NHS – being seen right across the UK, in mental health services, community care and A&E departments – show no sign of easing.

Many will be looking closely at the details in Wednesday’s budget to see if further help is on the way.

There have been repeated warnings over the NHS in England – with chronic staff shortages and a record five million people waiting for treatment, many of whom are in pain.

Those working in the healthcare sector said they were grateful for the money – but many said it was not enough to keep up with costs and demand.

NHS Providers – which speaks for hospital and other NHS trusts – said the money will help, but added: “What we’ve got to make sure is we have the workforce in place to deliver the services.”

“We’ve got high demand in mental health, community services, and in urgent and emergency care.”

The NHS Confederation, which represents healthcare leaders, said the funding “falls short of what is needed to get services completely back on track”.

“We support the analysis carried out by the Health Foundation, which confirmed that the NHS’s capital budget should increase by at least £1.8bn a year over the next three years and that in terms of revenue funding, the NHS will need an extra £10 billion from April.”

And it added: “Finally, any investment will only deliver if there are the right number and mix of workers to do so.

“Recruitment is ongoing but with 80,000 vacancies across the NHS and fully-qualified GPs per patient having dropped by 10% over the past five years, this is a long-term issue that cannot be fixed quickly.”