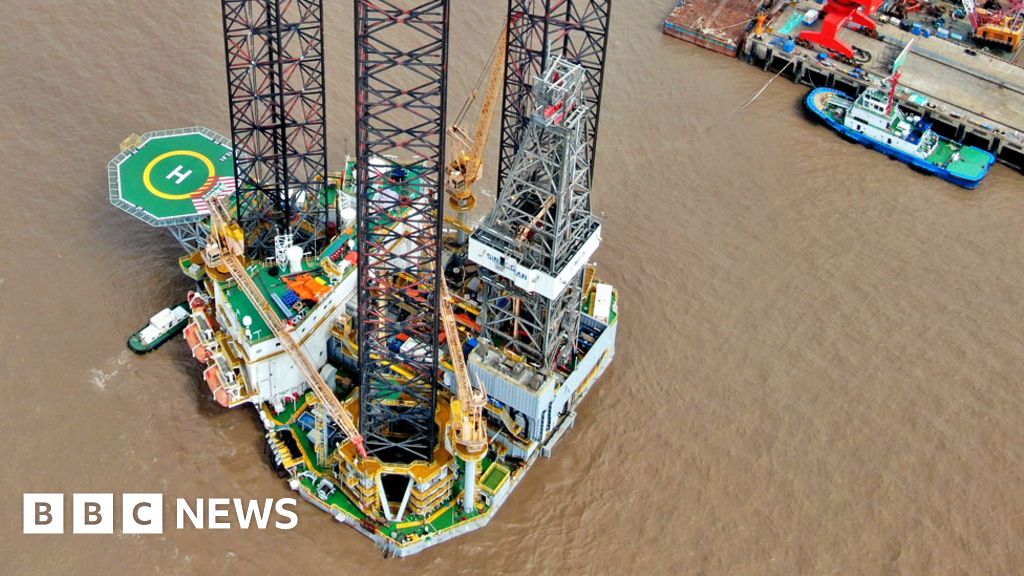 Plans by governments to extract fossil fuels up to 2030 are incompatible with keeping global temperatures to safe levels, says the UN.

The UNEP production gap report say countries will drill or mine more than double the levels needed to keep the 1.5C threshold alive.

Oil and gas recovery is set to rise sharply with only a modest decrease in coal.

There has been little change since the first report was published in 2019.

With the COP26 climate conference just over a week away, there is already a huge focus on the carbon-cutting ambitions of the biggest emitters.

But despite the flurry of net zero emission goals and the increased pledges of many countries, some of the biggest oil, gas and coal producers have not set out plans for the rapid reductions in fossil fuels that scientists say are necessary to limit temperatures in coming years.

Earlier this year, researchers from the Intergovernmental Panel on Climate Change (IPCC) warned of the dangers for humanity of allowing temperatures to rise by more than 1.5C this century. To keep under this threshold will require cuts in carbon emissions of around 45% by 2030 based on 2010 levels.

But instead of curbing carbon, many of the biggest emitting countries are also planning to significantly increase their production of fossil fuels, according to the UN.

The production gap report finds that countries plan to produce around 110% more fossil fuel than would be compatible with a 1.5C temperature rise by the end of this century. The plans are around 45% more than what’s needed to keep the temperature rise to 2C.

According to the study, coal production will drop but gas will increase the most over the next 20 years, to levels that are simply incompatible with the Paris agreement.

The report profiles 15 major production countries including Australia, Russia, Saudi Arabia, the US and UK.

“The research is clear: global coal, oil, and gas production must start declining immediately and steeply to be consistent with limiting long-term warming to 1.5C,” says Ploy Achakulwisut, a lead author on the report from the Stockholm Environment Institute.

“However, governments continue to plan for and support levels of fossil fuel production that are vastly in excess of what we can safely burn.”

While countries have devoted far more of their recovery spending after the Covid pandemic towards fossil fuel activities, there are some positives when it comes to financing.

Funding for oil, coal and gas from multilateral banks has decreased significantly in recent years – and also from some of the richer nations.

“This report shows, once again, a simple but powerful truth: we need to stop pumping oil and gas from the ground if we are to meet the goals of the Paris Agreement,” said Andrea Meza, Costa Rica’s minister for environment and energy.

“We must cut with both hands of the scissors, addressing demand and supply of fossil fuels simultaneously. That is why, together with Denmark, we are leading the creation of the Beyond Oil and Gas Alliance to put an end to the expansion of fossil fuel extraction, plan a just transition for workers and start winding down existing production in a managed way.”