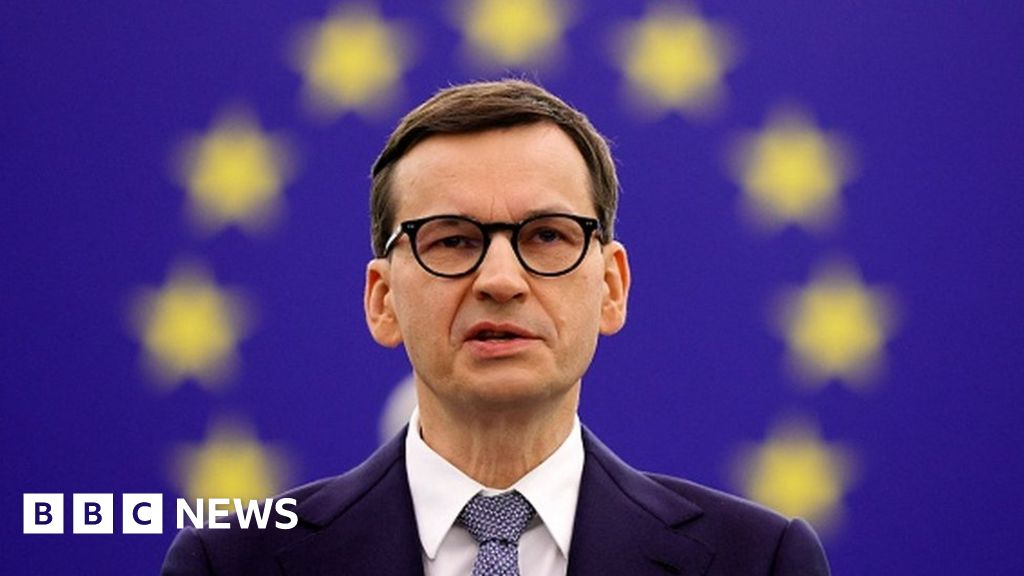 Polish Prime Minister Mateusz Morawiecki has accused the EU of “blackmail” in a heated debate with European Commission chief Ursula von der Leyen over the rule of law.

The clash in the European Parliament follows a top Polish court ruling that rejected key parts of EU law.

In response, Mr Morawiecki rejected “the language of threats” and accused the EU of overstepping its powers.

Poles overwhelmingly support being part of the EU, opinion polls suggest, but Poland’s right-wing nationalist government has increasingly been at odds on issues ranging from LGBT rights to judicial independence.

The latest row has come to a head over an unprecedented and controversial ruling by Poland’s Constitutional Tribunal that in effect rejects the core principle that EU law has primacy over national legislation.

The case, brought by the Polish prime minister, was the first time that an EU member state’s leader had questioned EU treaties in a national constitutional court.

“Blackmail must not be a method of policy,” said Mr Morawiecki of Poland’s ruling conservative-nationalist Law and Justice party.

The tribunal ruling has raised concerns that Poland – like the UK – could exit the EU in a so-called Polexit. But Mr Morawiecki has repeatedly insisted the country has no plans to leave the union.

“We should not be spreading lies about Polish Polexit,” he told the European Parliament.