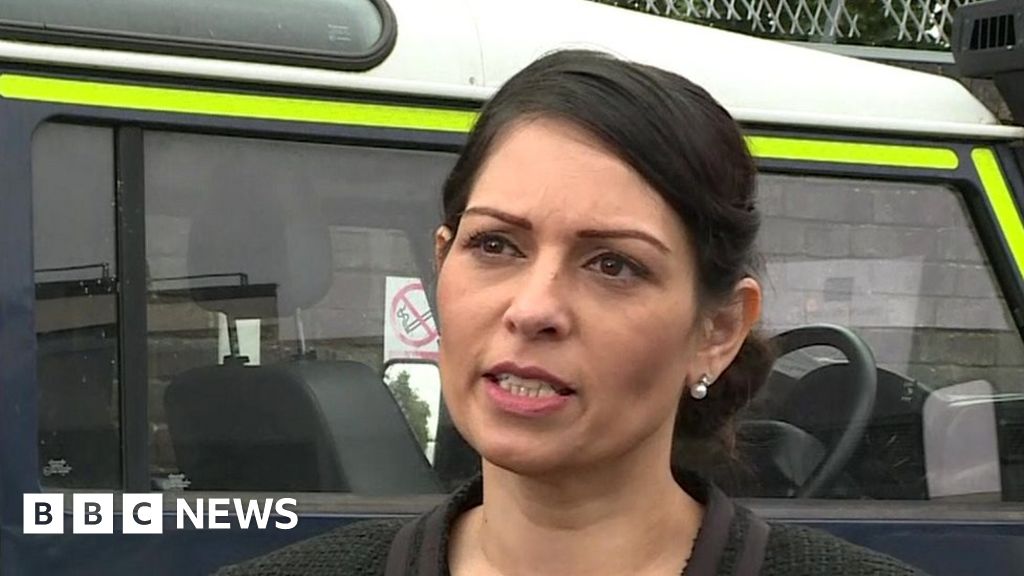 The killing of a second MP in five years has thrown a harsh spotlight on the risks faced by politicians.

Home Secretary Priti Patel asked all police forces to review security arrangements for MPs “with immediate effect” after Sir David Amess was stabbed to death at a constituency surgery.

But she has stressed that it is not the end of face-to-face meetings between the public and MPs, saying: “We live in an open society, a democracy, where we (MPs) are accessible to the people and that is right and proper.”

She said measures were already in place to “safeguard” MPs in their constituencies and all 650 of them had been contacted since Sir David’s death to check on their security.

Operation Bridger, set up after the murder of Labour MP Jo Cox five years ago, was designed to give MPs access to extra security for their homes and offices, but there is now likely to be a push to ensure all forces are fully on board with it.

The home secretary said she was working closely with Commons Speaker Sir Lindsay Hoyle, who is also carrying out a review of security.

“If things keep me awake at night it’s worrying about the security of MPs, their staff, their families,” Sir Lindsay told the BBC.

But he said he had attended his own constituency surgery on Friday evening as normal despite the attack on Sir David.

“We have got to make sure that democracy survives this,” he added.

Security at Westminster has been stepped up in recent years, with armed police and extra security barriers, but it is harder to keep MPs safe in their constituencies.

Most value meetings with constituents, as a way of staying in touch with issues that matter to people, but some now feel it would be safer to move to a virtual meeting space.

Conservative MP Sir Gary Streeter told the Plymouth Herald: “There are people who hate us (MPs). We are all committed to the democratic ideal of meeting our constituents but we may have to change the way we hold our surgeries. We are elected to give access to our constituents.”

“You can move to Zoom… you can actually achieve an awful lot over the telephone,” he told BBC Radio 4’s The World Tonight.

But James Duddridge, Conservative MP for Rochford and Southend East, next to Sir David’s constituency, said virtual surgeries “will not happen”.

“We will carry on as members of Parliament meeting our constituents and being open and accessible,” he told BBC News.

“We are part of the community and that’s what works so, yes, we need to dust off a few security arrangements, but there is no ability to wrap us in cotton wool, nor would our electorate want that, nor would we want it.”

Veteran Labour MP Harriet Harman said she will be writing to the prime minister asking him to back a Speaker’s Conference to review the safety of MPs in their constituencies.

She told BBC Radio 4’s Today programme: “We cannot have the death of an MP being a price worth paying for our democracy.”

Only six Speaker’s Conferences, which seek to find cross-party solutions to major issues facing the Commons, have been held in the modern history of Parliament. The most recent one, in 2010, examined how to how to bring MPs closer to citizens and widen the democratic process.

What security is currently in place?

Most MPs do not get close protection while in their constituencies, but security was increased following Mrs Cox’s killing.

All MPs were offered panic buttons, extra lighting, additional locks and emergency fobs at their homes and constituency offices.

The bigger issue, as some MPs have said in the aftermath of Sir David’s killing, is the massive increase in abuse, intimidation and death threats MPs now have to face, driven by social media.

Their staff are also in the firing line, or have to spend part of their working day dealing with threatening messages.

Writing on social media, Jade Bottrill – a former member of staff for Labour MP Yvette Cooper – said: “Ultimately I left my last job because of the overwhelming death threats, I reported over 100 a week once. Usually was around 50 a week.”

Speaking to the BBC, she recalled Ms Cooper’s office being sent a “sympathy card for Yvette’s friends and family”.

“Inside there was an impending death threat – it said ‘you are going to need this card because I am going to kill her’.

“I became obsessed with finding death threats, I would finish work quite late, I would come home, have tea, go to bed and just lay in bed scrolling Facebook, finding and reporting death threats.

“I would then go to sleep and have this recurring nightmare that Yvette was stabbed in the constituency.”

Jo Cox’s sister Kim Leabdeater, who earlier this year became MP for her Batley and Spen constituency said her partner had asked her to stand down after the death of Sir David.

She said the killing had left her “scared and frightened” and it was “horrific” that another family would have to go through what hers hard.

“This is the risk we are all taking and so many MPs will be scared by this,” she said.

In his recent book, Ayes & Ears: A Survivor’s Guide to Westminster, Sir David Amess wrote about how attacks on MPs had “spoilt the great British tradition” of voters meeting politicians.

He wrote about Mrs Cox’s murder and how she had been attacked “in the most barbaric fashion imaginable” and about the 2000 machete attack on the Liberal Democrat MP Nigel Jones, which resulted in his aide Andy Pennington’s death as he tried to protect him.

He also said he had himself experienced “nuisance from the odd member of the general public” at his own property.

MPs were issued with safety guidance for themselves and their families, Sir David wrote. and most had changed the way they interacted with voters.

He also mentioned frequently being abused online, and how “ignorant cowards” could remain anonymous.

“The law in this regard needs to be changed and updated as a matter of urgency,” he added.