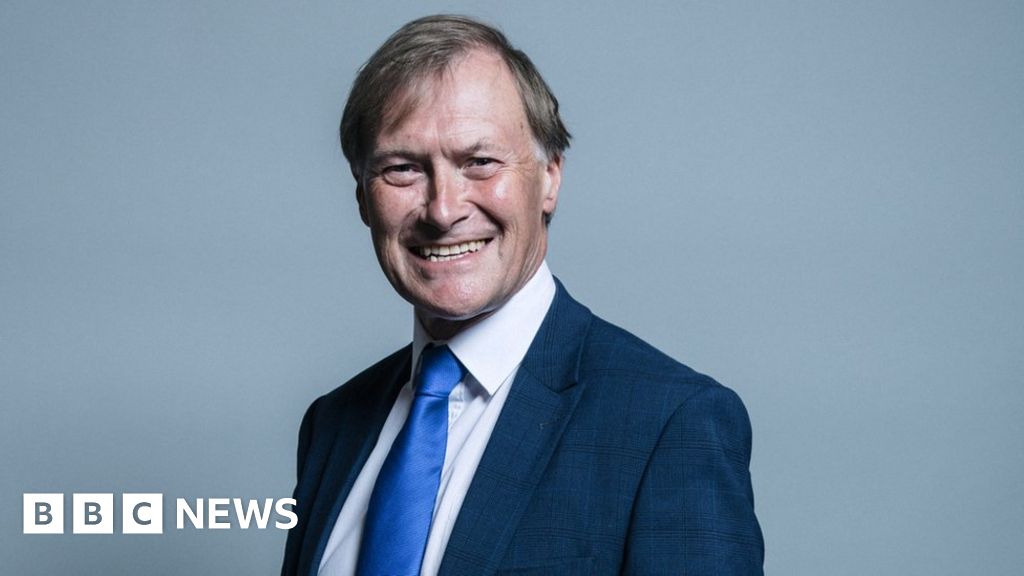 The killing of Conservative MP Sir David Amess has been declared a terrorist incident by police.

Sir David was stabbed multiple times at a constituency surgery in Leigh-on-Sea in Essex on Friday.

The Metropolitan Police said there was “a potential motivation linked to Islamist extremism”.

A 25-year-old British man was arrested at the scene on suspicion of murder, and police said they were not seeking anyone else over the death.

As part of the investigation, officers are currently carrying out searches at two addresses in the London area, the Met said.

The force believes the man acted alone but inquiries into the circumstances of the incident are continuing.

Government sources have told the BBC the man is a British national who, from initial inquiries, appears to be of Somali heritage.

Sir David, 69, who represented Southend West, was holding a constituency surgery – where voters can meet their MP and discuss concerns – at Belfairs Methodist Church in Leigh-on-Sea on Friday when he was attacked.

The Met said its counter-terrorism command was leading the investigation alongside colleagues from Essex Police and the Eastern Region Specialist Operations Unit (ERSOU).

Sir David had been an MP since 1983 and was married with five children. He is the second serving MP to be killed in the past five years, following the murder of Labour MP Jo Cox in 2016.

House of Commons speaker Sir Lindsay Hoyle told BBC2’s Newsnight that police were contacting all MPs to check on their security and reassure them following the killing of Sir David.

He said he had gone ahead with his constituency surgery as normal on Friday evening and said it was essential that MPs were able to retain their relationship with their constituents.

“We have got to make sure that democracy survives this,” he said.

Who was Sir David Amess?

A Conservative backbencher for nearly forty years, Sir David entered Parliament in 1983 as the MP for Basildon.

He held the seat in 1992, but switched to nearby Southend West at the 1997 election.

Raised as a Roman Catholic, he was known politically as a social conservative and as a prominent campaigner against abortion and on animal welfare issues.

He was also known for his championing of Southend, including a long-running campaign to win city status for the town.