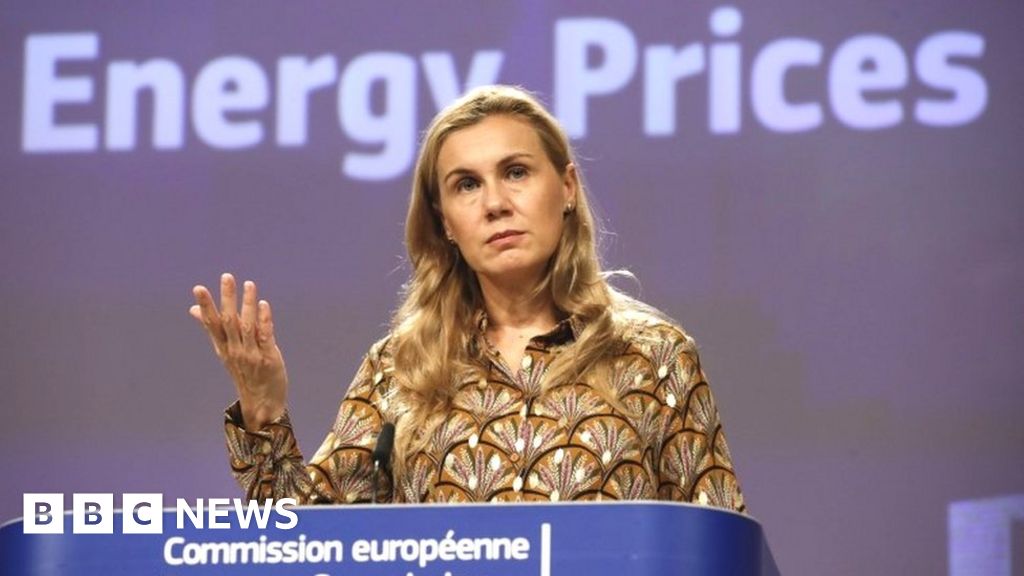 The European Commission has announced a package of measures to alleviate an energy price surge that has sent bills skyrocketing across Europe.

The approval of tax cuts and the joint purchase of fuel by the EU members were among the proposals put forward.

Energy prices have hit record highs for various reasons, including high demand for natural gas as economies recover from the Covid-19 pandemic.

The European Commission has been under pressure to act on the price crunch.

The wholesale price of gas has increased by 250% since January, triggering a knock-on spike in costs for consumers and businesses.

On Wednesday the Commission’s energy chief, Kadri Simson, said the EU’s executive was responding to calls for action by unveiling an “energy price toolbox”.

The toolbox outlines steps member states can take to reduce energy bills in their countries without breaching EU law. It mostly confirms the measures national governments can already use, but considers what more the Commission can do.

She also advised member states to temporarily pause bill payments where necessary, and put in place safeguards to avoid disconnections from the grid.

“Rising global energy prices are a serious concern for the EU,” Ms Simson said. “As we emerge from the pandemic and begin our economic recovery, it is important to protect vulnerable consumers and support European companies.”

On top of those measures, Ms Simson said the Commission would look into the possible benefits of EU countries jointly buying natural gas.

Ms Simson said countries could collectively buy gas to form a strategic reserve. But, like the joint scheme to buy Covid-19 vaccines during the pandemic, participation would be voluntary.

The idea was proposed recently by governments that want more EU intervention, such as Spain.

All member states were encouraged to use the EU’s €750bn (£636bn; $867bn) Covid-19 recovery fund to invest in clean energy to meet the bloc’s climate targets.

“We are not facing a surge because of our climate policy,” Ms Simson said. “Fossil fuel prices are spiking. We need to speed up the green transition, not slow it down.”

Why are energy prices rising?

The reasons are numerous and varied. As countries seek to bounce back from the pandemic, demand for energy has shot up, putting a worldwide squeeze on supplies.

Demand for liquefied natural gas has been especially high in China, which is attempting to use cleaner fuels to reduce its carbon footprint.

In Europe, other issues have compounded the problem, creating a perfect storm for energy markets.

Low wind speeds have limited the supply of renewable energy to the grid as well.

The energy pinch has highlighted Europe’s reliance on Russia, one of Europe’s biggest suppliers of gas.

Critics have accused Russia of intentionally withholding supplies, partly to pressure Germany to speed up the approval of the controversial Nord Stream 2 pipeline, which bypasses Ukraine.

Combined, these factors have helped push up wholesale gas prices across the world.

But Russian President Vladimir Putin on Wednesday denied his country was using energy as a weapon.

Speaking at a Moscow energy forum, he described such claims as “complete rubbish, drivel, and politically motivated tittle tattle”.

Mr Putin blamed the current gas crisis on Europe, saying that after a cold winter Europeans had not pumped sufficient volumes of gas into storage facilities.

He also said it was “very important” to “suggest a long-term mechanism to stabilise the energy market”.