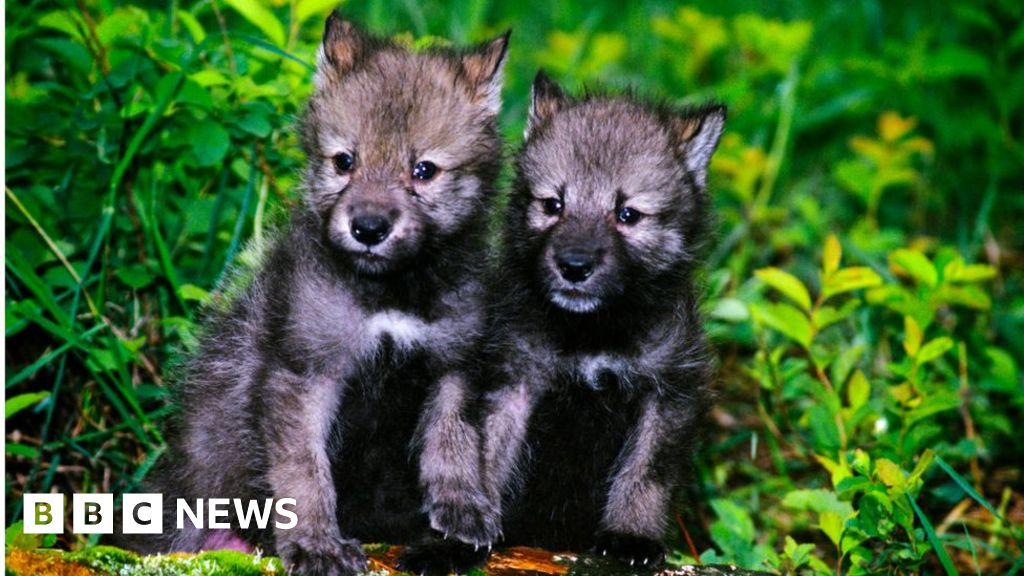 Conservation groups have expressed outrage after the US Department of Agriculture revealed it killed eight young wolves in an Idaho forest.

The pups were part of the Timberline pack, a group of wild wolves tracked and studied since 2003 by students at the local high school in Boise.

Federal officials have defended their actions as a “necessary” measure in reducing the predators’ population.

But local wildlife groups say wolves are “under attack” in the region.

Earlier this year, lobbied by the livestock ranching community, Republican-dominated legislatures in Idaho and Montana passed measures that made it easier to hunt and kill wolves.

Idaho’s version of the law allows hunters to kill an unlimited number of wolves each year, up from a 15-wolf annual limit, and triples the budget for population control efforts.

Under the terms of the legislation, wolves can be baited into snares, aerially gunned down via aircraft and even mowed over by hunters in ATVs or other motorised vehicles.

Environmental groups have warned the aggressive tactics will whittle down Idaho’s wolf population by 90%, from roughly 1,500 to 150, which is the minimum limit enshrined by a 2002 conservation law.

The Timberline wolf pack – unofficially “adopted” by students at Boise’s Timberline High School over the past 18 years – appears to have been among the targets. Their den, on public lands in Boise National Forest, was found empty this spring.

An official from the Agriculture Department’s US Fish and Wildlife Service confirmed federal agents had killed the animals in order to force the adult wolves to relocate.

Grey wolves were once nearly wiped out across the contiguous US.

The Endangered Species Act of 1974 created federal protections that saved the species from extinction and led to sustained population recovery efforts.

But the animals were delisted by the Trump administration last October and management of the species has since fallen to the states.

Supporter of the Idaho wolf-culling law have said wolves pose a threat to wildlife, particularly cows, sheep and other livestock.

Van Burtenshaw, the state senator and livestock dealer who introduced the bill, said reducing the wolf population would benefit “our cattlemen, our woolgrowers and outfitters”, as well as the big game hunters forced to compete with the wolves.

But environmental groups have slammed the culling tactics as inhumane. A spokeswoman for the Humane Society of the United States called it “a death warrant for hundreds of Idaho’s iconic and beloved wolves”.

Students at Timberline High have told US media they are penning a letter to President Biden over the pup deaths, a sign of the renewed urgency many Idahoans feel to see federal protections reinstated.

“Idaho, Montana and Wyoming are in an all-out frontal assault on wolves,” Dick Jordan, a former science teacher at the school, told the local Idaho Statesman.

“Something has to be done. It’s inhumane, it’s unethical and it’s not ecologically sound.”