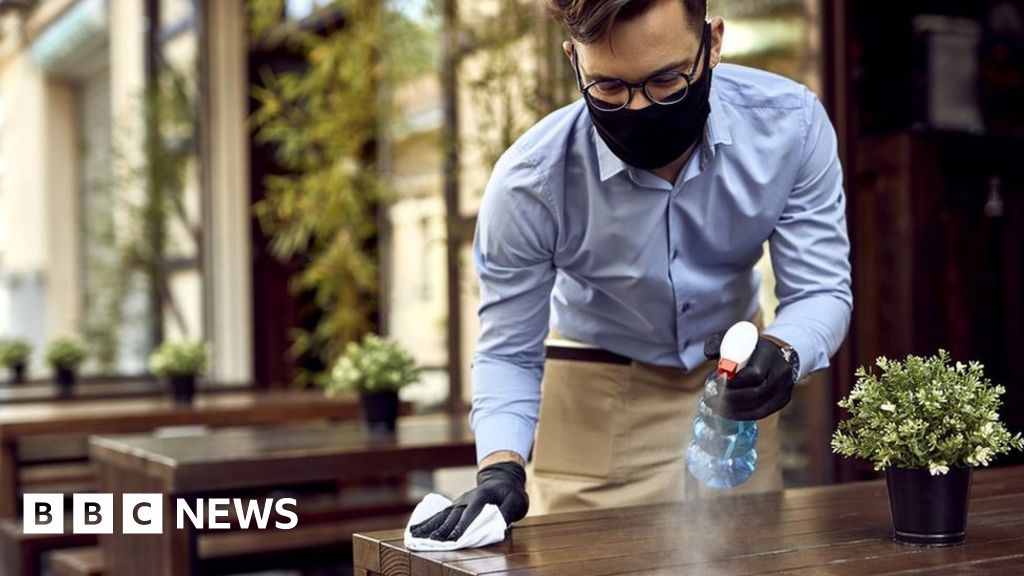 The number of job vacancies in the UK has hit a record high, according to the latest official figures.

Vacancies hit 1.1 million between July and September, the Office for National Statistics said, the highest level since records began in 2001.

The largest increase in vacancies was in the retail sector and in motor vehicle repair, it said.

The UK unemployment rate was estimated at 4.5%, compared with a rate of 4% before the pandemic.

The ONS said the number of employees on payrolls showed another monthly increase, rising 207,000 to a record 29.2 million in September.

“The jobs market has continued to recover from the effects of the coronavirus, with the number of employees on payroll in September now well exceeding pre-pandemic levels,” said Darren Morgan, director of economic statistics at the ONS.

“Vacancies also reached a new one-month record in September, at nearly 1.2 million, with our latest estimates suggesting that all industries have at least as many jobs on offer now as before the onset of Covid-19.”

“The number of expected redundancies remained very low in September, there are more employees on payrolls than ever before and the unemployment rate has fallen for eight months in a row.”

“The recovery is testing the capacity of the economy to adjust to a new post-pandemic environment, a task made more difficult by the reduced availability of overseas workers,” she said.

“Acute skill shortages have pushed vacancies to record levels for a second month in a row in September, as employers struggled to find skilled staff.”

‘For every two people we hire, only one person stays’

Mark Jenkins, a supply chain director for food wholesaler Brakes, says it has been an incredibly challenging time for recruitment across the food supply chain industry.

“All around us in this part of London, there are other companies recruiting at the same time.

“In the last four months, we’ve recruited 700 people. But 400 of our staff have left us to work for other companies.

“For every two people we hire, only one person stays, because there are other jobs in the market. Our training costs have increased.

“Wages have gone up by 15% to 20% in some parts of the business in order to attract the right kind of people. And on top of that we’re paying retention bonuses to hang on to the staff we do have.

“Everything is making it really difficult for us to service our customers. The whole pressure on the industry at the moment is extreme.

Mark says the cost of higher wages will have to be passed on.

“Our suppliers are passing on costs, we’re passing some of those costs to our customers, and at the end of the day, the consumers will feel the pain.”

Sectors that had large increases in vacancies included accommodation and food services, professional activities and manufacturing. Hospitality is the sector with the most vacancies per 100 workers.

A shortage of lorry drivers, which the industry has blamed on factors including Covid, Brexit and tax changes, has affected fuel supplies in recent weeks and also disrupted food supply chains.

The Institute for Employment Studies (IES) said labour shortages were “affecting the whole economy, and where likely between a quarter and a third is explained by lower migration”.

Tony Wilson, director of the IES, said there were now fewer unemployed people per vacancy than at any time in at least 40 years.

“We estimate that there’s nearly a million fewer people in the labour market than on pre-crisis trends, with this being driven particularly by fewer older people in work and more young people in education,” he said.

“These shortages are holding back our economic recovery, and won’t fix themselves by just exhorting firms to pay people more.

“Instead we need to do far better at helping some of the six million people who are outside the labour market because of ill health, caring or full-time study to get back into work.”

The number of people who were economically inactive – those who were not looking for work – fell by 91,000 compared to the previous quarter, but rose by 50,000 compared with last year.

It’s a good time to be looking for a job.

The number of vacancies hit another record high of 1.1 million and average weekly earnings, including bonuses, are 7.2% higher than this time last year.

However, these numbers contain a number of Covid-related distortions.

The wage numbers are flattered by comparisons to last year when furlough schemes depressed wages and hours worked.

If you strip that out wage rises are closer to 4%.

That is higher than inflation currently, but the Bank of England expects inflation to rise to at least 4% by the end of the year.

That will offset wage rises for those lucky enough to get them.

But it will see lower living standards for the many who won’t: 5.6 million public sector workers, for example.

Higher wages have understandably been welcomed by the government, but there is less evidence of the higher skills that it is hoped will accompany them.

And the high number of vacancies suggest that there is now a mismatch between the jobs people want and the ones that are available.

The record level of vacancies and hiring rates in September “bode well for the million workers coming off furlough in October”, the Resolution Foundation think tank said, and should “help limit any increases in unemployment”.

The furlough scheme, which saw the government pay towards wages during the Covid pandemic, ended at the end of September with nearly one million workers expected to have been on it.

However, a wave of potential job cuts has not happened, early data has suggested.

The ONS data showed annual growth in average pay, excluding bonuses, was 6% in the June-to-August period. However, the ONS stressed again this figure has been affected by the impact on lower paid jobs during the pandemic and also by comparisons with last year when more workers were on furlough.

The rise in employment coupled with the strong wage growth “increases the chances of the Bank of England raising interest rates in the coming months despite other evidence that the economic recovery is spluttering” said Paul Dales, chief UK economist at Capital Economics.

The Bank could become the first major central bank to raise interest rates since the beginning of the pandemic as inflation shoots up.

Inflation is expected to rise above 4% by the end of the year, fuelled by rising energy costs.

But the Bank is watching to see how many people became unemployed after the end of the furlough programme before making a decision.