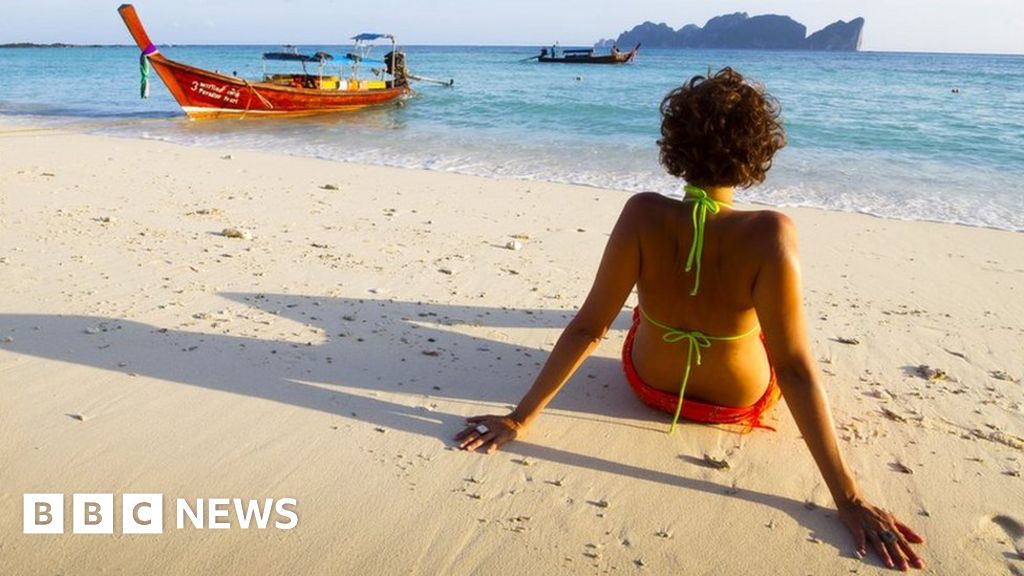 PM Prayuth Chan-ocha admitted that “this decision comes with some risk” – but it is seen as a key step to revive the country’s collapsed tourism sector.

The 10 nations seen as low risk include the UK, China, Germany and the US.

The country has been recording more than 10,000 positive infections daily since July.

It has fully vaccinated around 33% of its almost 70 million people. Half the population has received one dose.

He added that the authorities were planning to open Thailand for more countries on that date.

Mr Prayuth’s comments came in a televised address on Monday.

Referring to visitors from 10 low-risk nations, he stressed that “when they arrive, they should present a [negative] Covid test… and test once again upon arrival”.

If the second test is also negative, any visitor from those countries “can travel freely like Thais”, the prime minister said.

But he warned that the government would act decisively if there were to be a spike in infections or an emergence of a highly contagious variant of Covid-19.

It is estimated that Thailand – popular for its sandy beaches and non-stop nightlife – lost about $50bn (£37bn) in tourism revenue in 2020.

The economy suffered its deepest contraction in more than two decades as a result of the pandemic.

Thailand was the first country outside China to record a Covid-19 case in January last year.

It took the drastic step of sealing its borders in April, effectively killing off a tourist industry accounting for perhaps 20% of GDP, but managed to cut new daily infections to just single figures, one of the best records anywhere.

This year though, with the arrival of the Delta variant, infections have soared, from a total of less than 7,000 at the end of 2020, to 1.7 million today. The argument for keeping out foreign visitors to contain Covid became much less persuasive, especially with tourist-related businesses pleading for restrictions to be eased.

The success in containing Covid last year had another unforeseen consequence; it led the Thai government to believe it had need not rush to order vaccines. The result has been a tardy and at times confused vaccine programme, and a public outcry.

The need for some economic good news is in large part what has driven it to start reopening, well before reaching its own declared target of getting 70% of the population vaccinated.

It is proceeding cautiously though, with only 10 countries on the list until the end of the year. Like other countries in the region Thailand’s health system has limited ICU capacity; in August ICU units in Bangkok were quickly overwhelmed by the number of serious Covid cases.

In any case, even with an end to the two week quarantine requirement, a recovery to the 40 million tourists who came in 2019 is unlikely next year, or even the year after.

Just over 70,000 visitors came into the country in the first eight months of this year, compared with 40 million in the whole of 2019.

Thailand has reported more than 1.7 million confirmed Covid cases since the pandemic began, with nearly 18,000 deaths, according to America’s Johns Hopkins University.