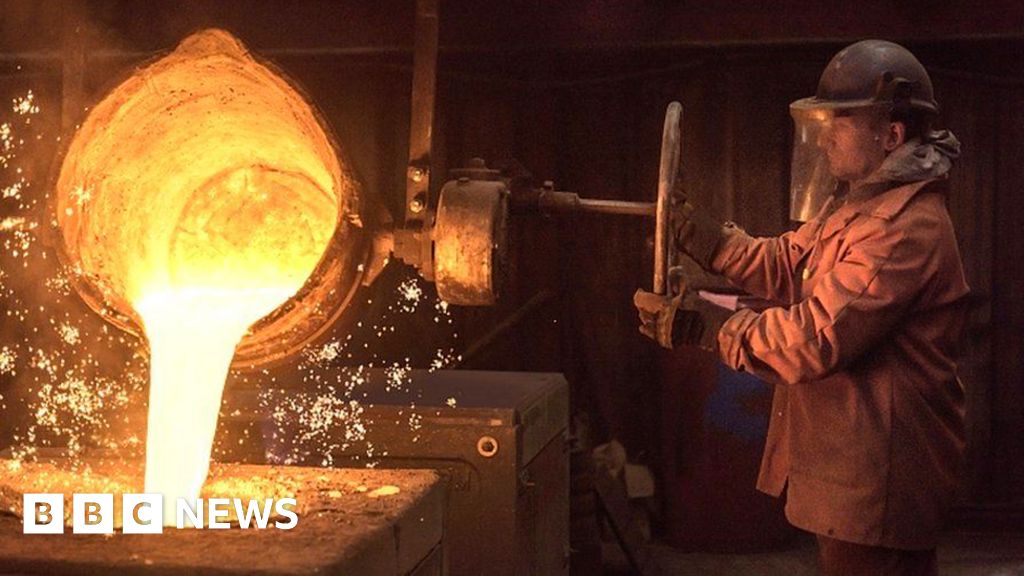 Firms hit by a sharp surge in energy prices are expected to get government help worth hundreds of millions of pounds, the BBC understands.

Glass, ceramic and paper manufacturers have warned that rising prices may mean they have to charge customers more.

The Department for Business expects the prime minister to back its proposals, which could involve state-backed loans.

The government is reluctant to prop up companies which would normally be competitive, which is why support is likely to involve loans rather than grants.

The Treasury is said to be still analysing the proposal. Number 10 has declined to comment.

Businesses have said they hope for a “swift response” on the plans.

High energy costs have been forcing manufacturers in energy-intensive industries such as steel and chemical manufacturing to warn of higher prices for their goods as they pass on increases to consumers.

Other firms have said they may be forced to shut down their factories if the rising cost of gas and electricity makes it uneconomic for them to produce their goods.

Dr Richard Leese, chair of the Energy Intensive Users Group (EIUG) – an umbrella group for several manufacturers including ceramics and paper, told the BBC’s Today programme that a quick response from the Treasury to the proposals was “crucial”.

“We need preventative action to stop the issue spreading further.”

Dr Leese said firms in the sector faced higher tax and levies than European rivals. He said firms had put forward “practical and sensible” measures for help, and denied that government help would put any additional burden on taxpayers.

Gareth Stace, the director general of the trade body UK Steel, said he had yet to see details of the proposals put forward.

He warned that without adequate support, plants could close and jobs could be under threat as high energy costs bite.

“The key test in this proposal is are we now going to be on an equal footing with steelmakers in Germany?,” Mr Stace said.

“If this package results in us still paying 80% more for energy than our competitors in continental Europe, then really this will really be a flimsy sticking plaster on what is really a major crisis that we are going through at the moment.”

‘Any price increase is significant’

Kendal paper manufacturer James Cropper PLC has been in business since 1845 and is one of the biggest employers in the area.

Today, it also makes home insulation and carbon paper, with energy bills working out at about £60,000 every single week.

Its chief executive, Phil Wild, told BBC Breakfast: “Any price increase is significant for a manufacturer like ours that consumes the energy that we do.

“As it happens, we’re probably OK here because of some actions we’ve put in place, but I can see some of those businesses may not make it.”

He added that the recent increase in gas prices had highlighted the need for energy intensive firms to start using more renewable forms of energy, rather than fossil fuels and gas.

But in the short-term, paper, glass, steel and ceramics manufacturers “are really looking to the government for help to get them over that hump”, he said.

The proposals by Business Secretary Kwarteng follow days of conversations with leaders from affected industries, as well as a very public row with the Treasury about the status of talks between the government departments.

Demands for support from energy-intensive industries have been growing louder, but not all companies are affected in the same way.

Some have long-term contracts to buy energy at fixed prices, protecting them from short-term increases, but others do not.

Businesses themselves have called for their energy costs to be capped, in the same way that households currently benefit from a price cap imposed by regulator Ofgem.

But that would risk simply passing on the extra costs to energy suppliers, says our correspondent.

Direct subsidies would add to the burden on taxpayers, at a time when Chancellor Rishi Sunak is expected to seek to curb public spending in his next Budget on 27 October.

Why are gas prices so high?

There are many reasons, both in the UK and around the world.

There’s been a shortage of gas and energy in many countries as they emerged from lockdown and industry reopened.

A cold winter in Europe last year also put pressure on supplies and, as a result, less gas is being stored than normal.

On top of that, the UK has fewer gas storage facilities than some countries – meaning it buys more on the wholesale market and is exposed to sharp price rises.

There’s also increased demand from Asia (which also suffered a cold winter) for liquefied natural gas. And there is a suspicion that Russia, a major gas supplier, is restricting output – an accusation it denies – which, following the law of supply and demand, has fuelled price rises.

This has helped push up gas prices in the UK, Europe and Asia. Since January, they’ve risen 250%. And prices have soared 70% since August alone.