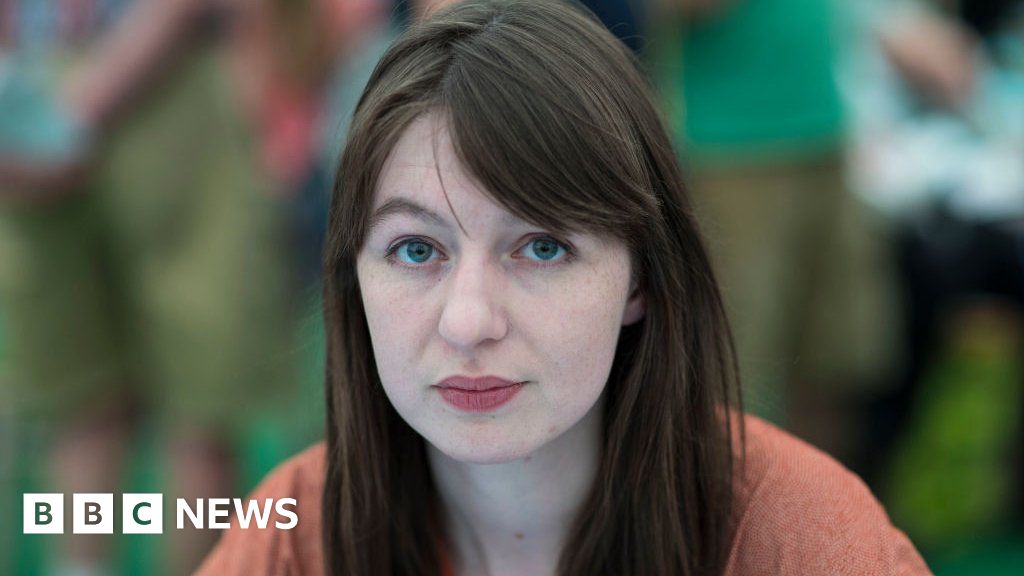 Irish author Sally Rooney is at the centre of a controversy after refusing to allow her new book to be translated into Hebrew by an Israeli company.

The acclaimed writer said it was in support of calls to boycott Israel over its policies towards the Palestinians.

She said it would “be an honour” to have Beautiful World, Where Are You translated into Hebrew by a company which shared her political position.

A senior Israeli minister said such boycotts were a form of anti-Semitism.

Rooney issued a statement clarifying her action after being accused of refusing to allow her novel to be translated into Hebrew at all.

The allegations came after it emerged that she had turned down a bid by Israeli publisher Modan for the rights to translate the book.

She said that while she was “very proud” that her two previous novels – Conversations With Friends (2017) and Normal People (2018) – had been translated into Hebrew, “for the moment, I have chosen not to sell these translation rights to an Israeli-based publishing house”.

Citing a recent report by Human Rights Watch which accused Israel of practising apartheid, Ms Rooney said her decision was in support of the pro-Palestinian Boycott, Divestment and Sanctions (BDS) movement, which calls for a complete boycott of Israel.

She could not, she said, “accept a new contract with an Israeli company that does not publicly distance itself from apartheid and support the UN-stipulated rights of the Palestinian people.

“The Hebrew-language translation rights to my new novel are still available, and if I can find a way to sell these rights that is compliant with the BDS movement’s institutional boycott guidelines, I will be very pleased and proud to do so.”

Apartheid was a policy of racial segregation and discrimination enforced by the white minority government against the black majority in South Africa from 1948 until 1991.

Israel has long claimed BDS opposes the country’s very existence and is motivated by anti-Semitism. It vehemently rejects any comparison with apartheid and called the HRW report “preposterous and false”.

Rooney’s stance was met with an outpouring of anger and praise on social media.

The Palestinian Campaign for the Academic and Cultural Boycott of Israel said Palestinians “warmly welcomed” her decision, while others said she had been misrepresented.

Whatever your views on Sally Rooney or on BDS, this simply isn’t true. She says she *does* want her book translated into Hebrew, as her last two were, but no longer wants to do so with an Israel-based publishing house. https://t.co/ou1fFhrHt0

Rooney’s clarification though did not assuage critics, who said it made no difference to her intentions.

Sally Rooney’s book won’t be published in Hebrew because there’s no such thing as a “BDS-compliant” Hebrew publisher. To be that, a publisher would have to agree to not selling its books in Israel and to Israelis who are is the overwhelming majority of the Hebrew-reading market.>

Tweeting in Hebrew, Israel’s Diaspora Minister Nachman Shai said: “The cultural boycott of Israel, anti-Semitism in a new guise, is a certificate of poor conduct for her and others who behave like her.”

The Israel-Palestinian conflict has long been a battleground for those in the arts world, as well as celebrities and academics. Earlier this year, Rooney signed an open letter in support of Palestinian artists and writers accusing Israel of crimes against the Palestinian people.

Rooney has received several book prizes in the UK, including The Sunday Times Young Writer of the Year Award in 2017 and a Costa Book Award in 2018.

Beautiful World, Where Are You was published last month to warm reviews.