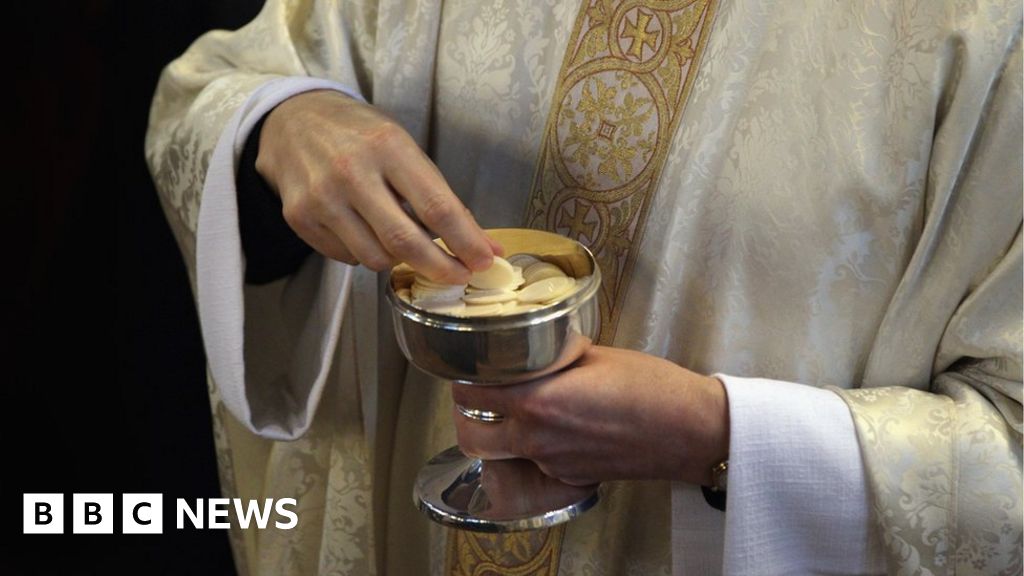 A married Church of England bishop has resigned from his position in order to join the Roman Catholic Church.

The Anglican Bishop of Ebbsfleet, Jonathan Goodall, said he made the decision following a long period of prayer “which has been among the most testing periods of my life”.

Bishop of Ebbsfleet for eight years, he will now seek full communion with the Roman Catholic Church.

The Archbishop of Canterbury said he accepted the resignation “with regret”.

Bishop Goodall served as a provincial episcopal visitor, also known as a “flying bishop”, ministering various parishes which decline to be overseen by a woman bishop.

He was a member of The Society, which seeks to promote and maintain catholic teaching and practice within the Church of England.

He has a wife, Sarah, and two children. Although Catholic priests are not permitted to marry, the Roman Catholic Church has in the past accepted married Anglican priests who convert.

In a statement on Friday, Bishop Goodall said: “Life in the communion of the Church of England has shaped and nourished my discipleship as a Catholic Christian for many decades.”

He added: “I trust you all to believe that I have made my decision as a way of saying yes to God’s present call and invitation, and not of saying no to what I have known and experienced in the Church of England, to which I owe such a deep debt.”

The Archbishop, Justin Welby, said he was “deeply grateful” for the years of service, adding: “My prayers are with him and Sarah, both for his future ministry and for the direction in which they are being called in their continuing journey of dedicated service to Christ.”

Several bishops converted in 2010 over the Church of England’s ordination of women.

One of those to move was the serving Bishop of Ebbsfleet – the role Bishop Goodall is now vacating.

The Rt Rev Andrew Burnham went on to be ordained as a Catholic priest at the start of 2011. He is now the monsignor for the Hendred parish which covers two churches – St Mary’s in East Hendred, Oxfordshire, and St Patrick’s in East Ilsley, Berkshire.