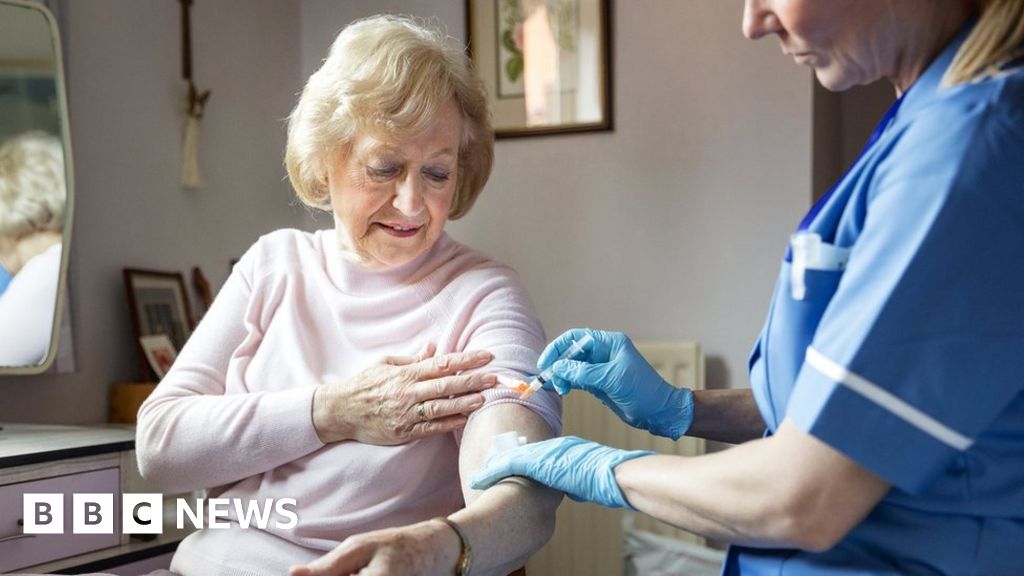 Doctors have queried why the government did not plan for a delay to flu vaccine deliveries in England and Wales.

Seqirus, one of the UK’s largest suppliers of seasonal flu vaccines, has said the delay of up to two weeks is due to a shortage of HGV drivers.

British Medical Association vice-chairman David Wrigley urged MPs to “to take some action and say why are there were no contingency plans in place.”

NHS England says patients who are affected will be contacted by their GP.

He said some members of staff were “physically shaken” at the news that all those appointments would have to be rescheduled.

He said: “We know there’s difficulties with HGV drivers so why are we not getting these flu jabs to the practices so we can get them into our patients’ arms and protect them? “We’re hearing nothing from our politicians and the BMA is actually calling for the government to have a Cobra meeting because within the space of two weeks we’ve seen two major crises of cancellation of blood tests and now flu jabs.”

Seqirus, which supplies vaccines to GP practices and pharmacies in England and Wales, said: “Due to unforeseen challenges linked with road freight delays, we have informed all our customers of a consequent delay to their scheduled vaccine delivery by a maximum of one to two weeks.

The company, which is one of a number of suppliers, said it was it was “working hard to resolve the delay” and customers would be able to reschedule their flu vaccination clinics.

Professor Anthony Harnden, deputy chairman of the JCVI, said there could be a surge in flu cases this year so delays to jabs were concerning.

“We do know when there are low circulating influenza levels the year before often we get high infection rates in the following year,” he said.

“So it’s quite possible that we will have a high instance of influenza this year.”

He said it was important to get the flu jab “as soon as possible” and that he hoped the delay would be corrected soon.

“This is news we really didn’t want to hear”, said Dr Gary Howsam, vice chairman of the Royal College of GPs.

“With more than 36 million people eligible for the flu vaccine on the NHS this year, GPs need the supply chain to run like clockwork.

Dr Howsam said GPs are “already under enormous pressure and still waiting for details of how the Covid booster campaign will align with everything else they need to do this winter”.

Doctors meticulously plan jabs each year, he said, adding that it is “essential that as many people as possible in at-risk groups get their vaccination as early into the flu season as possible”.

“A delay of even a couple of weeks is going to have a big impact on practices and their patients, especially when GPs are already dealing with the fallout caused by the shortage of blood test bottles and the anxiety this is causing.”

“General practice and the entire NHS is dependent on the smooth roll-out of the winter flu vaccination programme. It cannot fail,” he said.

Doctors are already dealing with a shortage of blood test tube vials due to supply chain issues.

Dr Richard Vautrey, British Medical Association GP committee chairman, said the delay is likely to affect a “significant proportion” of practices – and have a “serious impact” on practice workloads and patients.

He said: “Many practices will have spent the last few days and weeks meticulously planning for their flu vaccination programme, inviting and booking patients in for their jabs, only now to have to contact them all again to cancel or reschedule appointments.

“This causes a huge increase in staff’s already unsustainable workloads, and inconvenience and unneeded anxiety for patients who will be keen to be protected ahead of winter.

Labour’s shadow health secretary Jon Ashworth said: “GPs are at their wits’ end, first forced to cancel blood tests because of bottle shortages and now we learn flu vaccines will be delayed.

“This has been a summer of crisis for the NHS with patients paying the price.

“With winter coming and flu resurgence a huge risk, ministers must urgently get a grip.”