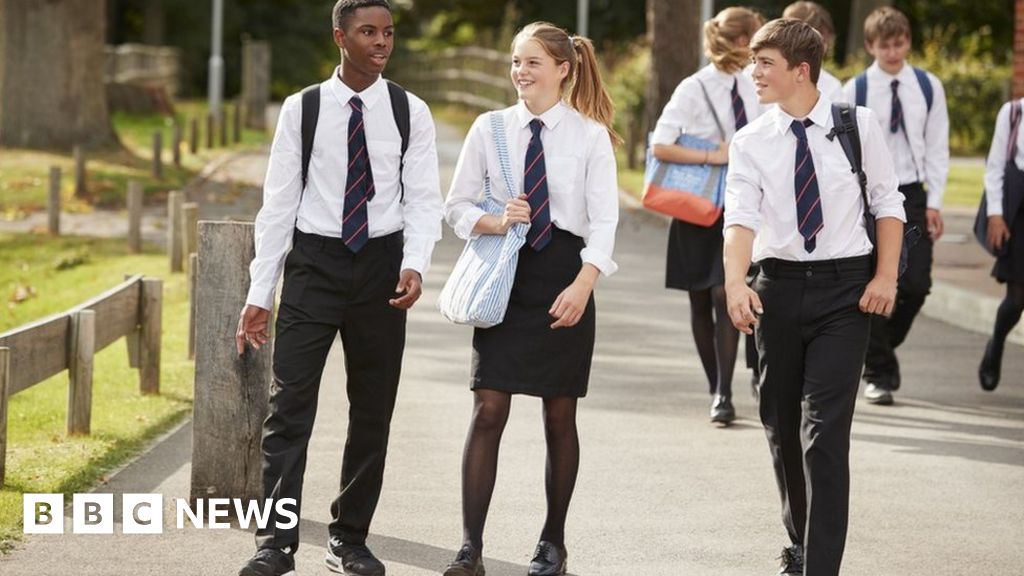 Labour has called for clarity on Covid vaccines for children to prevent further disruption to their education.

On Friday, vaccine experts did not recommend the jab for healthy 12 to 15-year-olds on health grounds alone.

But the UK’s chief medical officers have been asked to consider any wider implications of extending the rollout.

The government believes there is a “strong case” for offering the vaccine to healthy 12 to 15-year-olds to reduce disruption in schools and keep infection rates down as winter approaches, a source has told the BBC.

A final decision is expected within days.

Ms Green said as soon as the chief medical officers gave their advice, “the government needs to take a clear decision”.

“It’s very disappointing that we have had to wait so long to reach this point where there will be clarity,” she told BBC Radio 4’s PM programme.

“But once we have a decision, if it’s to go ahead, that needs to be clearly communicated and there needs to be a process in place to deliver those vaccinations.”

However, she said vaccinations alone would not be enough to prevent disruption in schools.

The shadow education secretary also called for mask-wearing, improved ventilation and a robust testing system to reduce the spread of Covid and keep children in classrooms.

Face coverings are no longer routinely advised for staff or pupils in schools in England and Wales, although they will be required in Scotland until at least the end of September and in Northern Ireland for the first six weeks of term.

Ministers have let it be known they are keen on getting this age group vaccinated – both through public pronouncements and privately behind the scenes.

The argument is that it could reduce school disruption and keep infection levels low.

But there’s still plenty to consider. Giving this age group jabs would mean time out of class and possibly off school recovering from common side effects such as a mild fever.

This is not like the flu jab, which is a simple nasal spray.

Its ability to curb spread may be less than first assumed too. It is thought about half of this age group may have been infected already and therefore have natural immunity.

The emergence of the Delta variant also means the vaccine is less effective at stopping infection than previously – its main benefit is to prevent serious disease and as these healthy children are at incredibly low risk of that the benefits, as the JCVI points out, are marginal.

It is worth remembering that there are six million adults – twice the number in this age group – who still remain completely unvaccinated.

Perhaps there’s a disproportionate amount of attention given to children?

Up until now the advice of the Joint Committee on Vaccination and Immunisation (JCVI) over which groups should get the Covid jab has been followed across the UK.

On Friday the JCVI recommended widening the existing vaccine programme to include an extra 200,000 12 to 15-year-olds with specific underlying conditions.

But with healthy children at very low risk from Covid, they stopped short of advising in favour of this group, saying “the margin of benefit is considered too small to support universal vaccination… at this time”.

Health Secretary Sajid Javid has now asked the chief medical officers to consider the rollout of the vaccine to 12 to 15-year-olds “from a broader perspective”.

They will look at the effects of Covid on children’s education and pupil absences from school, which the JCVI is not qualified to consider.

Prof Jason Leitch, Scotland’s national clinical director, said missing more school was a bigger problem for most younger teenagers than harm from Covid, so the chief medical officers may come to a different conclusion.

He added that the UK had supplies of the Pfizer jab available to vaccinate 12 to 15-year-olds if needed.

“We have vaccine centres ready, we have drop-in clinics ready. So if the starting pistol is fired, we have no doubt that we can do this group,” he told PM.

What do parents think about vaccinating children?

Sandra Carleton said she did not want her 12 year-old son Charlie to have the vaccine.

“He has just recovered from Covid so giving him the vaccine most certainly poses more of a risk than a benefit,” she said.

“He is fine following Covid but I am not so sure he would have been after the vaccine.”

Meanwhile, Sue in Yorkshire said she wanted her children, aged 12 and 13, to have the jab “as soon as possible”.

The decision not to recommend the vaccine to all healthy children was partly based on concern over an extremely rare side effect of the Pfizer and Moderna vaccines that causes heart inflammation, and can lead to palpitations and chest pain.

Data from the US, where millions of young teenagers have been vaccinated, suggested there have been 60 cases of the heart condition for every million second doses given to 12 to 17-year-old boys (compared with eight in one million girls).

France, Italy, Israel and Ireland have also been offering the vaccine to all children in this age group.

The JCVI said it was difficult to factor in long Covid in its advice because of the uncertainty over how common it was in children, although it appeared to be less prevalent than in adults.

On Saturday, 37,578 cases of coronavirus were reported in the UK and 120 deaths within 28 days of a positive test.