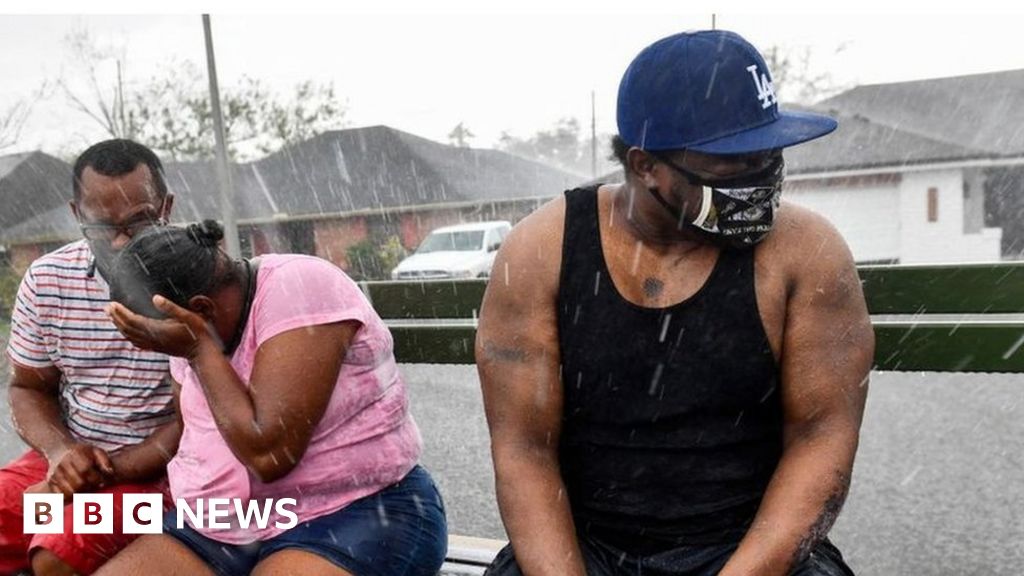 Problems caused by Hurricane Ida in southern US states are being compounded by the Covid-19 pandemic.

Fortune has not been kind to Joey Cirilo of late.

In March 2020, his girlfriend – who has a pre-existing heart condition – was left immobilised for weeks with a “really bad” case of Covid-19.

Then this year Mr Cirilo, 36, lost his job at a local charity, leaving him without a steady source of income.

And now, his life has been “completely changed” again, he said, this time because of Hurricane Ida.

The most powerful Atlantic storm of the 2021 hurricane season has forced the evacuation of thousands from Louisiana, Mr Cirilo among them.

The Navy veteran knows of the destruction of hurricanes. Even before he moved to New Orleans years ago, he deployed to nearby Mississippi as a young sailor to help in the wake of Hurricane Katrina.

But this time, he and others fear that the damage wrought by floods and winds will be compounded by another scourge, the pandemic.

Only a little over 40% of Louisiana’s population is fully vaccinated against the coronavirus – one of the lowest rates in the US – and hospitals are already overburdened.

Now, concerns are mounting that the combination of the storm and the virus may result in Covid-19 outbreaks spreading far beyond areas hit by Ida.

“I don’t want to be displaced and also get sick,” Mr Cirilo said. “The last thing I want to do is catch Covid and start spreading it to other people. I already have enough that I’m dealing with.”

During his visit to Louisiana on Friday, US President Joe Biden promised no community would be left behind in recovery efforts. The government has provided $100m (£72m) in direct assistance to Louisiana, with $500 being given to people to help with immediate needs.

But many of the strategies used to control pandemics are “incompatible” with the requirements of a mass evacuation, said Dr Irwin Redlener of the National Center for Disaster Preparedness at Columbia University.

“In an area that has a high degree of community spread and low vaccination rates, that’s a formula for a secondary disaster,” he said. “That would turn a shelter into a super-spreader venue.”

Such a concern was starkly highlighted on Thursday following reports that approximately 800 residents from seven Louisiana nursing homes had been evacuated to a nearby warehouse.

“These are the most vulnerable people already, sleeping on cots in a warehouse without ventilation. I’m completely speechless,” said April Lopes, a Louisiana nursing home staff agency employee.

“There’s no way that all of these people aren’t going to be impacted by Covid while sharing that space,” she predicted.

“There’s also families that are staying with each other or other people. There’s no way that Covid is not going to blow up again, even worse than it already was.”

Cases of Covid-19 – particularly the highly infectious Delta variant – have been spiking across the southern US. Seven of the 10 states in the country with the highest seven-day daily new infection averages are in the region.

Louisiana and Florida are each experiencing their highest rate of deaths per capita since the pandemic began. Nearby Alabama this week reported a record number of new cases, hitting a daily average of 1,500 each day.

Milly Holder, a healthcare worker who was forced to evacuate there last week because her family members in other states, Georgia and Texas, were ill with Covid and she could not stay with them.

“So many people have evacuated to places like Mississippi, Texas, and Alabama. I know for a fact that Mississippi already has an overwhelmed hospital system,” said Ms Holder. “If somebody were to come down with [Covid], it would create a potentially horrible snowball effect.”

Much of the work stopping the virus from spreading will have to fall to individuals, said Harley Jones, an emergency manager who has been deployed to New Orleans.

He acknowledged that it will not be easy with power and water outages and many in need of urgent basic care.

Speaking from a hotel room in Tennessee, Mr Cirilo agreed. He was worried about the virus, he said, “but my mind is kind of now just consumed with thoughts of people back home, how my house is doing, and when I will return”.

“It’s hard to even think about, even if we’re still living in a pandemic.”