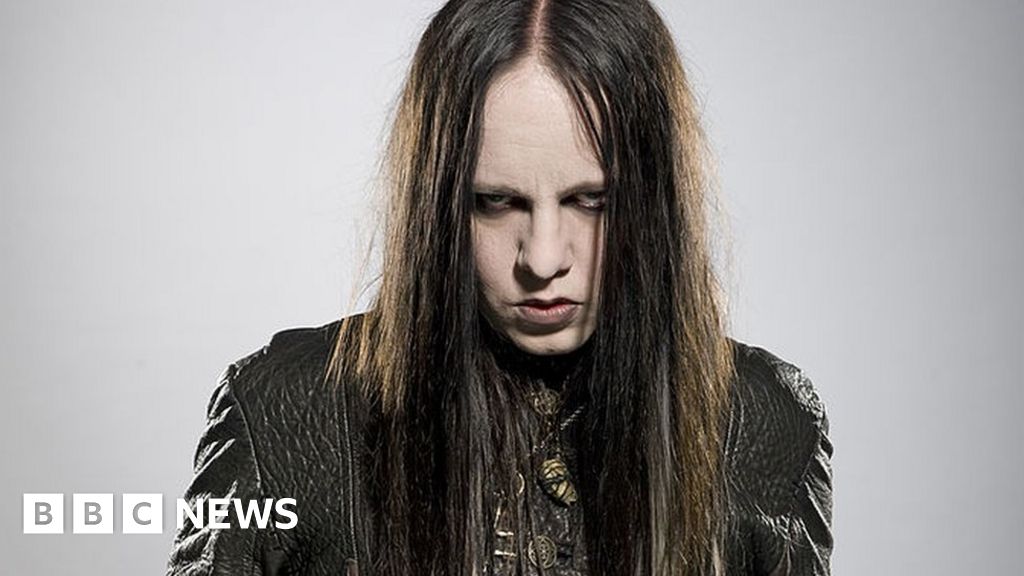 The former drummer of US heavy metal band Slipknot, Joey Jordison, has died at the age of 46.

In a statement, Jordison’s family said he passed away peacefully in his sleep.

They did not reveal his cause of death, but said his passing had left them with “empty hearts and feelings of indescribable sorrow”.

Jordison was one of Slipknot’s original members, founding the band in 1995 along with percussionist Shawn Crahan and bassist Paul Gray.

The band went on to sell millions of albums globally, find mainstream US chart success and win a Grammy award.

Slipknot is best known for a unique aggressive music style and wearing horror-style masks while performing.

Jordison remained a part of the group until 2013. In later years, he revealed he left after being diagnosed with transverse myelitis, a form of multiple sclerosis.

Corey Taylor, Slipknot’s lead vocalist, posted black images to his social media accounts after news of his death broke, as did Crahan.

Paying tribute, Skunk Anansie singer Skin said Jordison had helped to make up “one of the most ferocious and entertaining bands we ever played with”.

RIP @thejoeyjordison One of the most ferocious and entertaining bands we ever played with. What a drummer! Rock has lost another legend 💔 #joeyjordison #slipknot https://t.co/CfQy6Pjn5T

Born Nathan Jonas Jordison in 1975 in Des Moines, Iowa, Jordison said he was given his first drum kit by his parents aged eight.

He grew up playing music and eventually joined a project named the Pale Ones in 1995, which would eventually become Slipknot.

Jordison formed and found success with other bands, including Murderdolls, and later performed with other well-known acts like Metallica, Korn and Rob Zombie.

His death comes just over a decade after that of fellow founding member Paul Gray, who died of a drug overdose in 2010.

Serj Tankian, from System of a Down, described him as an “amazing drummer and a fantastic guy”.

Meat Heafy, frontman of Orlanda heavy metal band Trivium noted how the late drummer “changed the face of heavy music on the planet as we know it.”

Rest In Peace to a legend of the music world. Joey’s contributions to music changed the face of heavy music on the planet as we know it.

This was a true honor to stand alongside 3 people who helped form me as a musician – as a peer, for roadrunner United. pic.twitter.com/2K0NXcXFKl

His bandmate, drummer Alex Bent, said he was lost for words at the news. “To call him an inspiration would be an understatement,” he wrote.

“Countless hours studying every move behind the kit. I owe so much to Joey Jordison and could never imagine being where I am today without his influence.”

“An absolute legend who changed the game not only for drums, but metal music as a whole,” added popular metal YouTuber Nik Nocturnal.