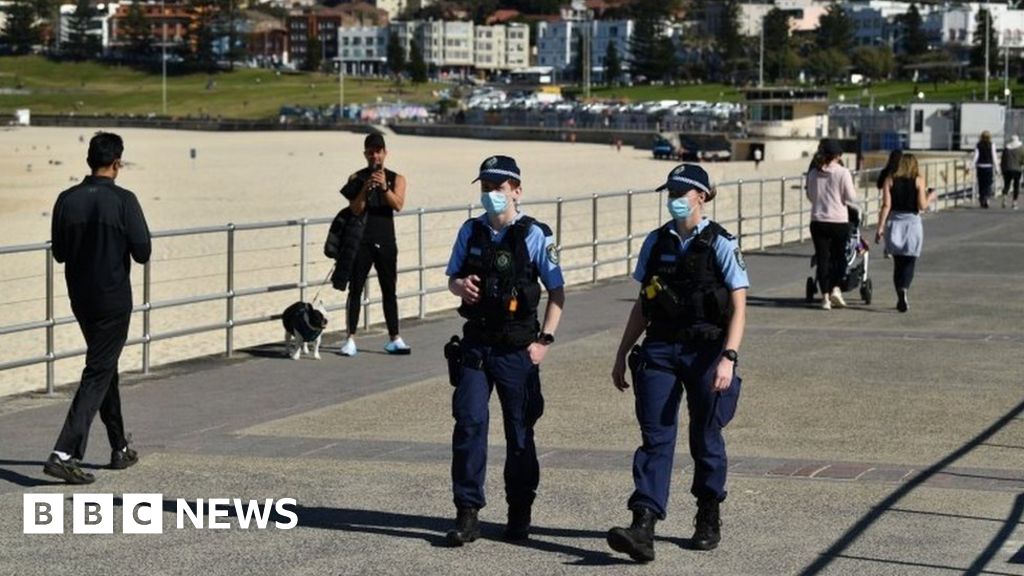 More than 13 million Australians – about half the population – are in lockdown after a third state imposed restrictions to curb a Delta outbreak.

Its residents will endure seven days at home after five infections were found.

Anger in Australia is growing over the lockdown strategy, with the two biggest cities Sydney and Melbourne facing uncertainty over when they will open.

Lockdowns have been highly policed to ensure compliance with rules.

Until recently, Australia had been largely praised for its strategy of border closures, quarantine programmes and snap lockdowns. It has had fewer than 1,000 Covid deaths.

But the rapid spread of the highly contagious Delta variant has created new challenges and exposed Australia’s poor vaccination rate.

Residents must not leave their homes except for grocery shopping, exercise and other essential reasons.

Construction sites and specialty retail stores have also been closed.

There are fears Sydney’s shutdown could be extended into September, after modelling showed the city may need months to reach zero new cases.

Many Australians have compared their situation to re-openings happening in the UK and the US, placing pressure on the federal government.

Last month, a total of seven cities were in lockdown for a brief period.

Less than 14% of Australians have been vaccinated – the slowest rate among OECD nations.

Prime Minister Scott Morrison’s government has been strongly criticised, after he said early this year that the vaccine rollout “was not a race”.

The slow vaccine uptake has been blamed on the government’s failure to secure Pfizer supplies and public fears about very rare clotting from the AstraZeneca jab.