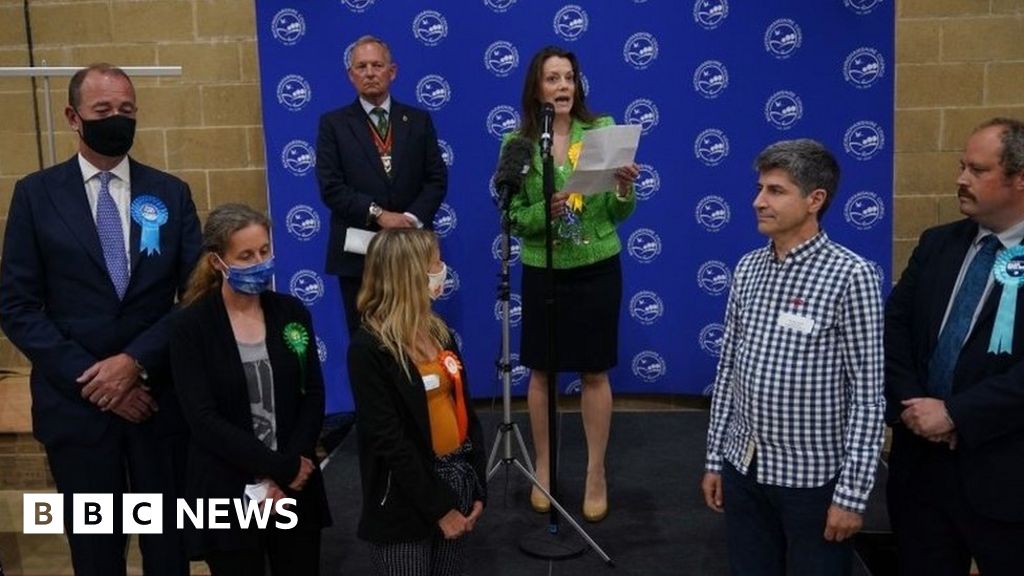 The government has been sent a “warning shot” by voters over planning reforms for England and the HS2 rail link, the co-chairman of the Tories has said.

Writing in the Daily Telegraph, Amanda Milling said voters’ concerns were “loud and clear” after the Lib Dems won the Chesham and Amersham by-election.

She said the Conservatives would look at how they could regain their trust.

The Liberal Democrats overturned a 16,000 majority in Thursday’s by-election to take a seat that had always voted Conservative. Sarah Green won with 8,028 more votes than the Conservatives, with the Green Party in third place.

Local opposition to the HS2 high-speed rail line being built through the constituency and the government’s proposed changes to the planning system, which could see more homes being built in rural areas, were major factors in the poll.

In her article, Ms Milling says: “I am in no doubt that Thursday’s result is a warning shot and we are listening. And as co-chairman, I will ensure that we learn the lessons from this campaign.

“Over the coming weeks and months, we will take stock of what happened in Chesham and Amersham and look at how we can regain the trust of voters there.”

The government says the Planning Bill – announced at the Queen’s Speech – will make it easier to hit house-building targets.

In protected areas – such as areas of natural beauty, places at risk of flooding, and the green belt – development would generally remain restricted. But councils would have to look favourably on development in “renewal” areas, and in “growth” zones, applications conforming to pre-agreed local plans would automatically gain initial approval.

Cannock Chase MP Ms Milling noted the planning bill has not yet been published, adding the government “has been clear” that any reforms would protect green spaces and still give local authorities the final say.

Addressing concerns the government’s focus on the so-called former red wall seats in the Midlands and North of England has left people in traditional “blue wall” Tory areas feeling left behind, Ms Milling says the prime minister’s levelling up agenda “was a promise to people – North, South, East and West – to help them take the opportunities that our country and government can provide”.

Many Conservative MPs remain opposed to the plans and are using the by-election defeat to argue for a rethink before the government publishes draft legislation.

Also writing in the Telegraph, former environment secretary Theresa Villiers said ministers should see the by-election loss “as an opportunity to rethink their approach to planning reform”.

Prime Minister Boris Johnson described the by-election result as “disappointing” – attributing the defeat to local issues – but insisted the government was focused on “uniting and levelling up within regions across the whole country”.

The by-election result was a major boost for the Liberal Democrats after their poor performance at the 2019 general election and brings their total number of MPs at Westminster to 12.

Labour had the worst by-election result in the party’s history, with 622 votes.

Following the by-election, Ben Nunn – director of communications for Labour leader Sir Keir Starmer – stepped down from his role. He told the BBC it was a “personal decision”.