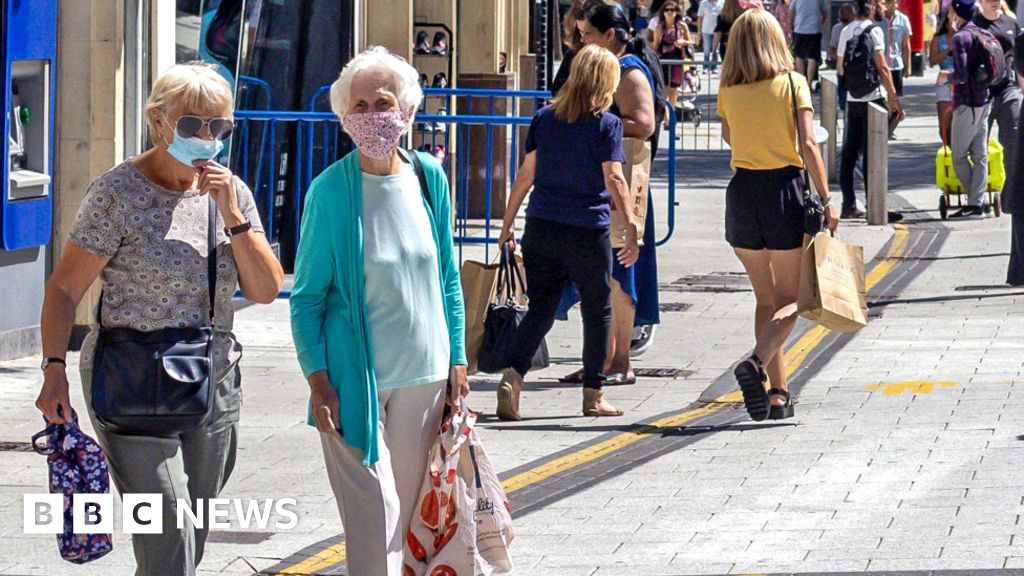 UK coronavirus infections have risen slightly in the last week, with an estimated 119,000 people – up from 110,000 – now positive for the virus.

The Office for National Statistics figures, up to 12 June, suggest one in every 540 people is infected.

The more infectious Delta variant accounts for almost all of the cases, says Public Health England.

There is some regional variation in infection rates, however, and some good news on vaccine efficacy.

North-west England had the highest proportion of people of any region in England likely to test positive for coronavirus in the week to June 12 – around one in 180.

Eastern England had the lowest estimate – around one in 2,480.

The trend is “uncertain” in Scotland and Northern Ireland, says the ONS, while in Wales the latest estimate is one in 1,500 people infected – down from one in 1,300 in the previous week – although first minister Mark Drakeford says a third wave of Covid is under way linked to the Delta variant.

Vaccines are working well against Delta

According to latest data from PHE, a single dose of vaccine reduces a person’s chances of catching coronavirus and needing hospital treatment by about 75%, even with Delta circulating in the UK.

And among people who had received the recommended two doses, the chances of catching and being hospitalised by coronavirus was reduced by more than 90%.

Of 806 people infected with the Delta variant who ended up hospital in England between 1 February and 14 June 2021:

As of 14 June, there have been 73 deaths in England of people who were confirmed as having the Delta variant and who died within 28 days of a positive test, and of these:

The ONS data also gives the age ranges for people infected in England, based on household testing.

Rates are low and stable among adults over the age of 35 but are rising among younger adults and older teens.

Meanwhile, the latest R number for the UK is between 1.2 and 1.4. It means that, on average, every 10 people infected will infect between 12 and 14 other people.

There have been a further 10,476 cases of Covid in the UK, latest daily government figures show.

Another 11 deaths within 28 days of a positive test have also been announced.

Last Friday there were 7,439 cases and six deaths.

How to book your jab

All adults can now book Covid-19 jabs in England.

In Wales, people aged 18 and over can get the vaccine, with the Welsh government announcing that all adults had been offered a vaccine earlier this week.

Dr Jenny Harries, chief executive of the UK Health Security Agency said: “Cases are rising rapidly across the country and the Delta variant is now dominant. The increase is primarily in younger age groups, a large proportion of which were unvaccinated but are now being invited to receive the vaccine.

“It is encouraging to see that hospitalisations and deaths are not rising at the same rate but we will continue to monitor it closely. The vaccination programme and the care that we are all taking to follow the guidance are continuing to save lives.”

Sarah Crofts from the ONS said: “Given the recent announcements to delay the easing of lockdown restrictions, it’s critical that we are tracking infection rates over the next few weeks and analysing the impact of the Delta variant.”