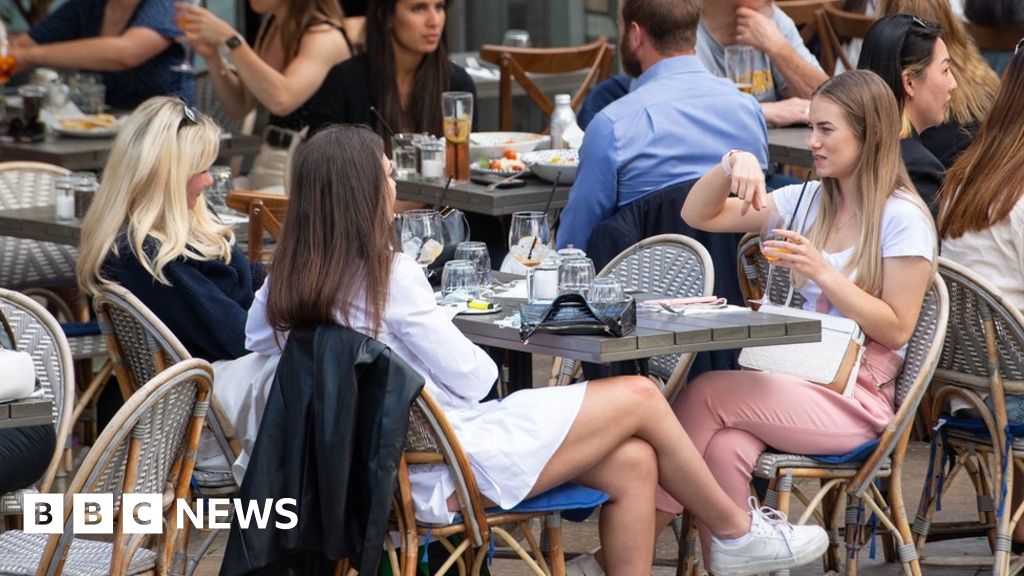 The final stage of easing lockdown restrictions in England is to be delayed until 19 July, the PM has said.

It means most remaining curbs on social contact will continue beyond 21 June, when they had been due to be lifted.

The limit on wedding guest numbers will be removed but venues will still have to adhere to other rules.

Boris Johnson said there would be a review after two weeks and he was “confident” the delay would not need to be longer than four weeks.

“We will monitor the position every day and if, after two weeks, we have concluded that the risk has diminished then we reserve the possibility of proceeding to step four, and a full opening, sooner,” he told a Downing Street news conference.

Scientists advising the government had warned of a “significant resurgence” in people needing hospital treatment for Covid-19 if stage four of easing the lockdown went ahead on 21 June.

It comes amid rising cases, driven by the more transmissible Delta variant, which was first identified in India.

Mr Johnson said going ahead with stage four on 21 June would mean “a real possibility” of the virus outrunning the vaccines, leading to thousands more deaths which could otherwise have been avoided.

The delay would give the NHS “a few more crucial weeks” to get people vaccinated, he said, adding that while the link between infections and hospital admissions had been “weakened” it had not been “severed”.

What is changing from 21 June?

The delay means limits remain on how many people can meet will remain, with groups of up to 30 allowed to meet outdoors and up to six people or two households allowed indoors.

However, fifteen coronavirus pilot events will continue as planned, including some upcoming Euro 2020 games, Wimbledon and arts and music performances. Attendees will have to show proof of vaccination or a recent negative test.

Capacity limits will continue at other venues and nightclubs will stay closed.

The extension of restrictions will be put to a Commons vote, which could trigger a sizeable Conservative backbench rebellion, with a debate expected on Wednesday.

Mr Johnson said two-thirds of adults would have been offered two coronavirus jabs by 19 July, including all vulnerable groups.

The gap between doses for over-40s in England will be reduced from 12 to eight weeks.

And the target to offer all adults a first dose will be brought forward to 19 July.

The size of a future surge in infections is uncertain because questions remain about the Delta variant, vaccines and people’s behaviour once rules are relaxed.

The Scientific Pandemic Influenza Group on Modelling (SPI-M) said a third wave could range from “considerably smaller than January 2021 to considerably higher”.

It said even a short delay to easing the restrictions would lead to a “significant drop” in the number of Covid patients in hospital as more people were vaccinated and the school holidays got closer, reducing transmission.

Scientists have advised the government delaying by four weeks would reduce the peak in hospital admissions by between a third and a half.

The government’s chief scientific advisor Sir Patrick Vallance said there would still be an increase in numbers and an increase in hospitalisations “because that’s what happens when there’s more mixing”.

Labour’s shadow health secretary Jonathan Ashworth said the public had been “let down by ministerial incompetence and indecision”.

“The only reason this delay is being introduced is because the Conservatives failed to secure the country’s borders and a new variant from overseas was allowed to take hold; and failed to put in measures like proper sick pay support and surge vaccinations when needed,” he said.

The rise in cases in the UK is being driven by the Delta variant, first identified in India, which is believed to be around 60% more infectious than the previous dominant variant and twice as likely to result in hospital admissions.

On Monday, the UK has recorded 7,742 new cases of Covid-19 and three deaths within 28 days of a positive test.

The seven-day average for cases in the UK is up 46% compared with the seven days before.

All areas of Scotland are due to move to Level Zero Covid restrictions on 28 June – meaning bigger groups can gather in cafes, pubs and restaurants, although they will still have to observe social distancing.

Limits on indoor gatherings in Northern Ireland are scheduled to be relaxed on 21 June and the rules in Wales will be reviewed on 25 June.

Are you affected by the delay to restrictions easing in England? Email haveyoursay@bbc.co.uk.