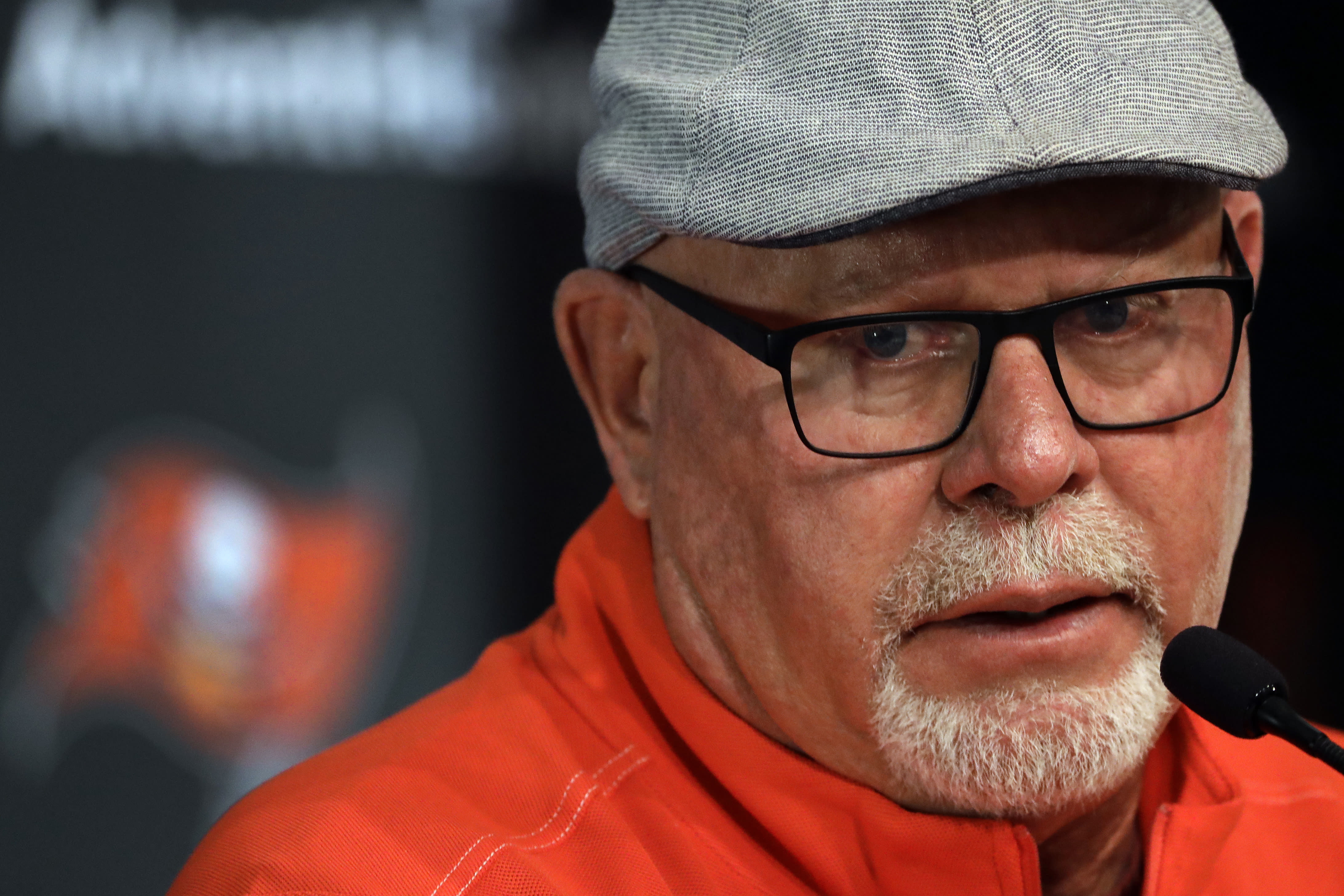 Earlier this month, as part of an event that was streamed on this very website, Tampa Bay Buccaneers head coach Bruce Arians received the 2020 Champion of Equality Award from the Women’s Sports Foundation.

Which is why it’s so confounding that someone who is supposed to be a champion of women would bring Antonio Brown of all people onto his team.

Those of us who follow the NFL, particularly female fans, are reminded yet again: The prospect of winning is valued over everything. Even the safety and well-being of women.

It’s why Greg Hardy got another chance. It’s why it took a massive outcry to get more than a slap on the wrist for Ray Rice. It’s why the New York Giants extended kicker Josh Brown’s contract even after knowing Brown threatened his estranged wife at the Pro Bowl in 2016 and only cut him after documented evidence written in his own hand of repeated abuse came to light.

By pretty much any measure, Antonio Brown is an awful person. He’s currently in civil court battling a former personal trainer who alleges he raped her on three occasions. A woman hired to paint a portrait in his Pittsburgh-area home three years ago alleges that he approached her naked as she worked, a small towel covering his genitals, after repeated come-ons that she had ignored. Once that woman’s story went public, Brown sent her threatening text messages, which included a picture of her children.

Last year, police in Florida were called to his home after the mother of one of his children accused him of shoving her to the ground in front of their child, over a disagreement about money. Early this year, police in Hollywood, Florida, said they’d made at least four calls to Brown’s home over the course of a month, each time over a domestic disturbance, and another call led to a felony burglary charge and two misdemeanors after he and a trainer attacked a delivery driver.

Three times in four years while with the Pittsburgh Steelers, longtime girlfriend Chelsie Kyriss, the mother of three of his children, called the police for domestic violence incidents.

He doesn’t pay people who do work for him, has faced numerous suits for non-payment and believes Instagram posts are currency. He’s thrown furniture from the balcony of a luxury condominium complex, nearly hitting a toddler.

And this is the stuff that has nothing to do with football.

With the Steelers, his me-first attitude included live-streaming a postgame locker room celebration, staying in an Airbnb during training camp separate from his teammates and going AWOL before the 2018 win-or-go-home regular-season finale to saying goodbye to fans as a way of forcing management to trade him. There was also his gobsmacking time with the Oakland Raiders and his brief tenure with the New England Patriots, which ended after he couldn’t help but intimidate the aforementioned artist once she shared her story with Sports Illustrated.

But Arians sees the Bucs’ receiving staff dealing with a bout of injuries, knows Tom Brady is a big fan of Brown’s after their whopping 11-day tenure as teammates last year, and suddenly a toxic guy Arians himself said was “not a fit here” in March is signing on the dotted line the minute his NFL suspension is ending.

Hey, he catches a football really well. We can’t expect him to do that and not be a wretched human, right?

That’s the message this signing is sending.

You can get away with pretty much anything in the NFL if enough people think you’re talented.

It wasn’t that long ago that Antonio Brown was on a fast track to being considered one of the greatest receivers the league has ever seen. The fact that he’s not anymore is no one’s fault but his own.

Everything, every negative headline, every million lost over the last 22 months, all of it is Brown’s doing. Teams have given him more leeway than they’d give nearly any other player, and every time he’s basically spat in the faces of those offering it.

Now, here comes Arians, claiming a 32-year-old man arrested just a few months ago has magically “matured” and deserves a second chance (really it’s his third). Brady has almost gone out of his way to publicly support Brown since Brown was cut by New England, boasting on Sunday night that the receiver is a “tremendous football player.”

Because sexual assault allegations, multiple domestic incidences and selfish behavior as a teammate be damned, that’s all that matters. Even to a supposed champion for women.