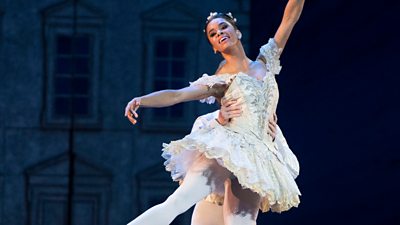 “As the world is changing, as it grows more diverse, if the ballet world doesn’t evolve with it, then it’s going to die,” Misty Copeland tells reporter Jenna Adae.

The American ballet star is one the most famous black dancers in the world.

She says that after George Floyd’s death and the focus on Black Lives Matter, for the first time in her 20-year career, people are starting to listen to her about the problem of diversity within the global ballet industry.

She became the first black woman to become the principal dancer at the American Ballet Theatre in its 81-year history.

“There’s so many communities that are not going to support an art form that they feel doesn’t want them to be a part of it,” she says.

As part of Black History Month, Newsbeat also speaks to other dancers about the importance of role models and pre-conceived ideas about body shape.

Filmed and edited by Matt Wareham.