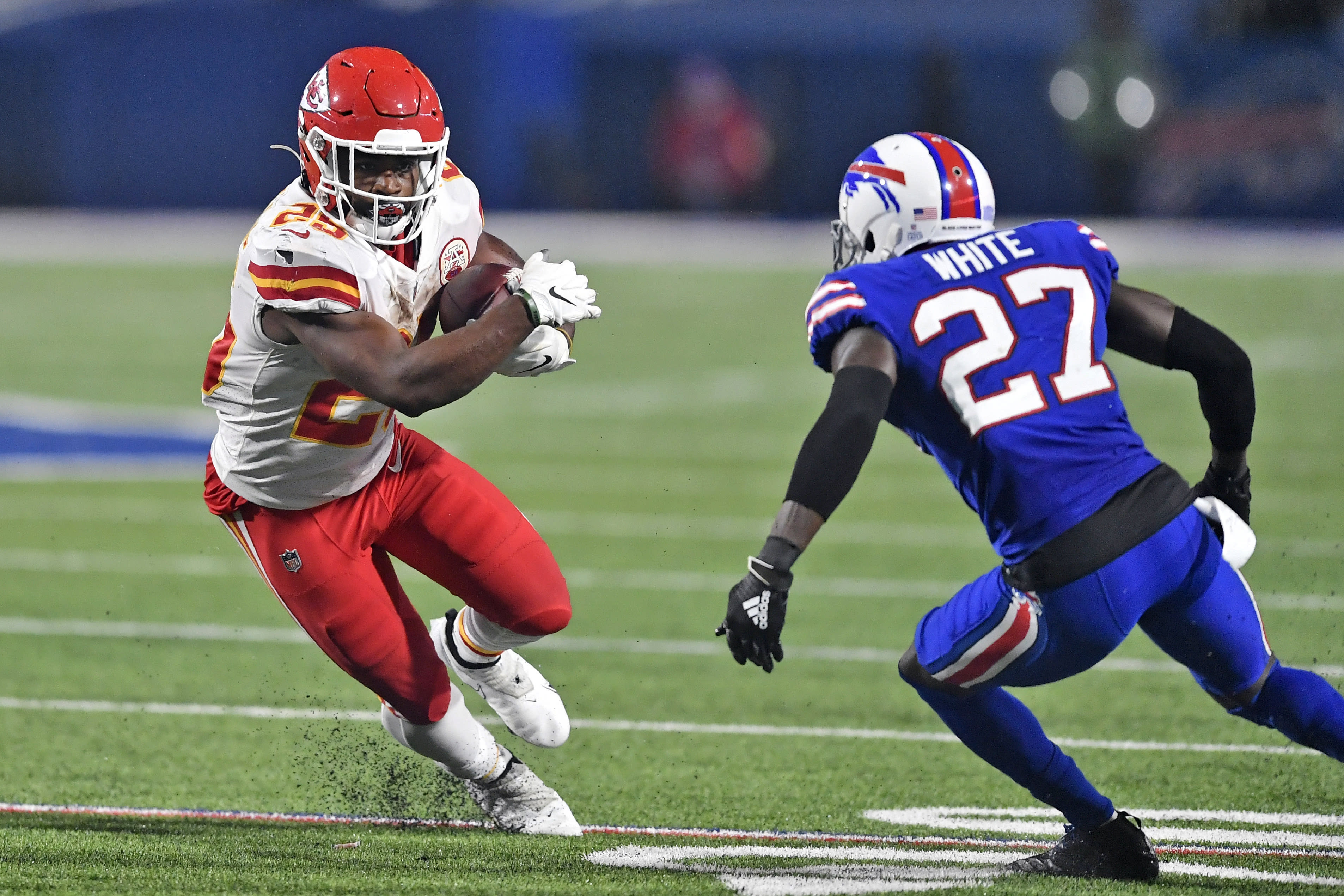 In the days following the Kansas City Chiefs’ decision to sign Le’Veon Bell, their coaches were understandably inundated with questions.

About how Bell would be used.

About what it means for rookie Clyde Edwards-Helaire.

Neither head coach Andy Reid nor offensive coordinator Eric Bieniemy elaborated on the subject. Bieniemy deferred all questions about Bell to Reid, who said he hadn’t yet thought about the running back’s usage.

What was telling, however, was that both men emphasized the need for Edwards-Helaire, the 32nd overall pick in in the 2020 NFL draft, to control what he can control. Keep working hard, they said. Keep getting better. Don’t worry about your workload.

This was intentional, and not because Bell won’t have a role with this team. The emphasis on Edwards-Helaire was important because he will still have an important role.

Case in point: The Chiefs’ 26-17 win Monday in their road test against a rising AFC contender in Buffalo. The Chiefs finished with the most rushing attempts (46) and yards (245) ever under Reid, who is in his eighth season.

Chiefs relying on big runs to control the game

It was a hell of a turnaround, especially after last week. That’s when the Chiefs surprisingly lost to the Las Vegas Raiders, largely because of a dormant ground game and uneven pass protection. And Edwards-Helaire did most of the damage, rushing 26 times for 161 yards, both career highs.

“Everything looked like the way we practiced,” Edwards-Helaire said. “There was plenty of room.”

Yet, it was the way Edwards-Helaire did it that stood out, looking uber elusive all the while and coincidentally, even showing why Bell should be considered more of a complement to him than a replacement for him.

The threat of the big play via the run game is important, especially if the Chiefs continue to face the light boxes that defenses have regularly posed them for the past month. If that continues — and teams consistently drop seven or eight men in coverage, essentially playing bend-but-don’t-break defense — the running game will be critical to grinding out yards and controlling the game.

Additionally, the threat of the big run, something Edwards-Helaire brings with his excellent elusiveness, is the key to forcing defenses to occasionally bring more men into the box. This will only make things easier for the Chiefs’ big-play offense to get the downfield strikes they’re famous for.

“It takes me back to my college days at Texas Tech, where we’re getting like drop eight and the linebackers are like 6 or 7 yards deep,” quarterback Patrick Mahomes said. “But if teams are going to do that, we’ve got to run the football until they come up and when they come up, we’ll throw the football again.

“We’re a versatile offense that can do it all, and so we’re going to prove that week to week.”

Hence, the importance of keeping Edwards-Helaire engaged and involved amid the Bell news this week, not that it was particularly hard.

“I thought he did a nice job, a real nice job, and I thought he handled the news well,” Reid said of Edwards-Helaire, who spoke to Bell briefly before the deal went down.

“I’m still in my rookie year, so anything I can do to pick his brain and gain any knowledge from him, I’m here for it,” Edwards-Helaire said.

While Edwards-Helaire can do some things Bell can’t, Bell is well-positioned to help this team significantly and further irritate defenses attempting to stop the defending Super Bowl champs. Just think of him as a replacement in the role originally intended for Damien Williams, a Super Bowl hero who opted out before this season, leaving the Chiefs lacking in three critical areas at the running back position.

The first is in pass protection, where, like Williams, Bell is a plus, thanks to his seven years of experience and excellent size (6-foot-2, 225 pounds). Coincidentally, that’s an area where he complements Edwards-Helaire, a smaller man at 5-8 and 209 pounds who wasn’t asked to do that much last year at LSU and is still refining his eyes and technique at that particular skill.

Additionally, Bell will help in the passing game. He has reliable hands, is a good technical route-runner and is especially effective on screens, an area that Reid excels at scheming up. Edwards-Helaire can do all that, but he’s still a rookie, and Bell offers a more veteran option.

Lastly, Bell has a chance to help in the red zone, where his size, vision and toughness will help the Chiefs bang it into the end zone amid a banged-up offensive line that can get outmuscled in short yardage on a condensed field, even when fully healthy. It’s one of the Chiefs’ few middling areas on offense, which explains why Reid and Bieniemy are so creative in the red zone — see: “Shift to Rose Bowl Right Parade.”

Hear the @Chiefs fourth-down play call straight out of the @nflthrowback vault. (via @NFLFilms) pic.twitter.com/EANT6XfnbY

“We don’t turn away good players, and he’s a good one,” Reid said of Bell. “So it’s exciting to have him around, and we’ll see how he does. He’s got to get in and get in the playbook and learn everything, but he’s a smart kid and he’s been doing it a long time, so I don’t think he’ll have a problem with that.”

Given Bell’s apparent excitement at joining the Chiefs — he repeatedly tweeted throughout the course of Monday’s game — Reid is probably right.

“I can’t wait,” Bell tweeted at one point.

And best of all for the 5-1 Chiefs, it appears Edwards-Helaire — who proved on Monday just how valuable he can be — also agrees.

“I just feel like from here,” Edwards-Helaire said, “we can only go up.”