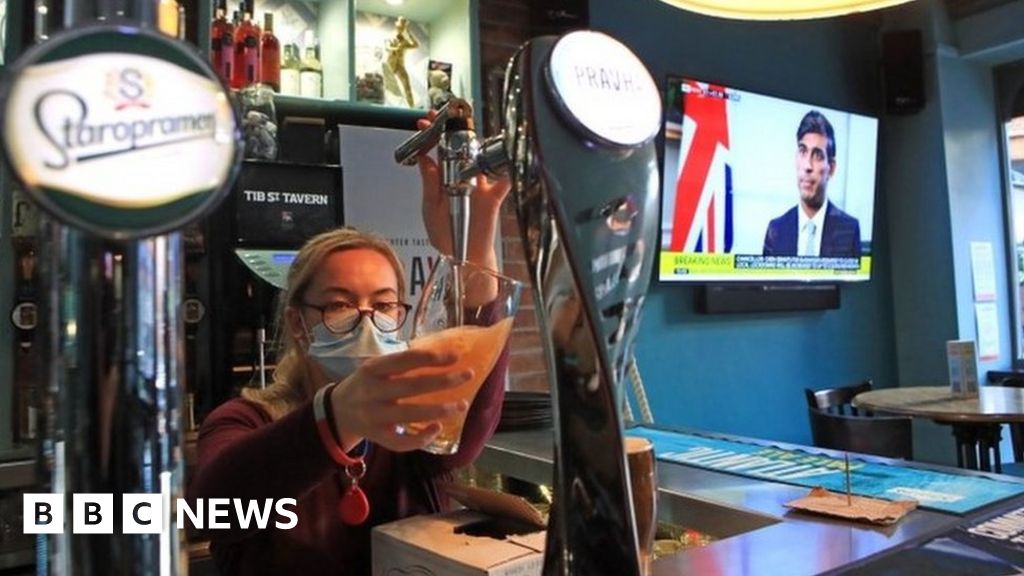 The Labour Party and business groups have voiced concern at the “ripple effect” of Covid shutdowns that are expected to be announced on Monday.

On Friday, the chancellor said staff at UK companies told to close would get 67% of their wages from the government under the expanded Job Support Scheme.

But no specific help was announced for workers who may be indirectly affected – for example, those in supply chains.

The Treasury denied firms that are not fully closed would not receive help.

A spokesperson for the Treasury said: “We do not recognise these figures,” adding that Labour had “incorrectly” listed some sectors as not benefitting from the scheme.

The spokesperson added: “Companies that are open can use the other element of the Job Support Scheme which is aimed at those able to open but at lower levels of demand.

“And of course they can also access the other help we have made available, including billions of pounds of grants, loans and tax cuts.”

The Job Support Scheme was announced by Mr Sunak on 24 September and will replace the “furlough” scheme from 1 November for six months.

It “tops up” the wages of employees who can’t work their normal hours.

The expanded scheme, announced on Friday and available to firms ordered to shut down, will provide two-thirds of wages to employees unable to work.

On Monday, Boris Johnson is expected to announce a tiered system of measures for England in an effort to stall rising infection rates.

Under the new system, different parts of the country would be placed in one of three categories.

The worst-affected areas – which may include much of northern England – could see its pubs and restaurants closed.

Shadow Business Secretary Ed Miliband claimed the government had been “forced into a climbdown” over supporting shut-down businesses.

But he said businesses including weddings, theatres, cinemas, events, and many suppliers would be left out “on a technicality” because they have been “forced to shut in all but name”, he said.

Mr Miliband added: “Ministers must urgently rethink their damaging sink or swim approach which consigns whole sectors of our economy to the scrapheap.”

Roger Barker, Director of Policy at the Institute of Directors said the new measures set out by the chancellor on Friday were a “useful step” towards supporting businesses affected by the lockdown.

But he said their impact would be limited because they “don’t account for the ripple effects of restrictions across the economy”.

He added: “It is becoming increasingly clear that the chancellor’s previous strategy of phasing out business support and allowing supposedly ‘unviable’ companies to fail was premature in the face of a resurgent virus.

“Friday’s measures should be seen as the start of renewed efforts to sustain the survival of companies and jobs if long-term damage to the economy is to be prevented.”

Adam Marshall, Director General of the British Chamber of Commerce, also said the new support did not go far enough to protect firms in supply chains and town and city centres and urged: “Their cash flow concerns and worries about future demand must be heeded.”