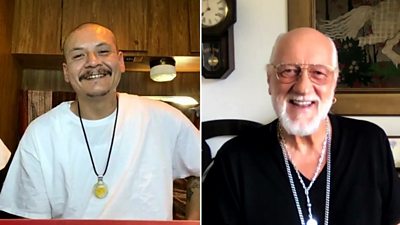 Nathan Apodaca from Idaho filmed himself skateboarding to the track while drinking cranberry juice.

The TikTok has helped Dreams to its biggest ever week on streaming services – with more than 8 million streams in the US in the past week.