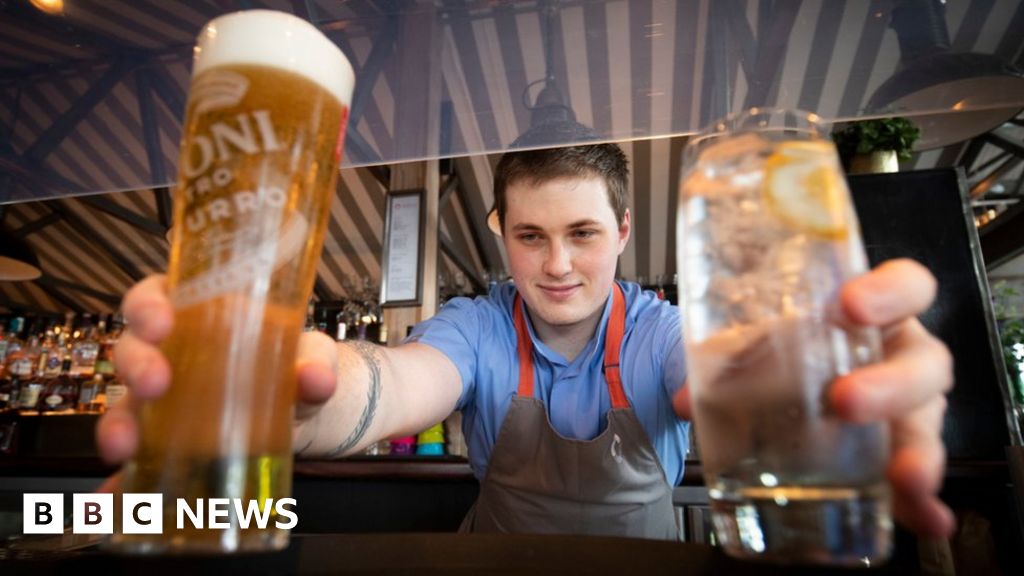 All pubs and restaurants across central Scotland are to be closed under new measures aimed at tackling a surge in coronavirus cases.

The new rules will apply to licensed premises across the central belt, including Glasgow and Edinburgh.

In other areas, they will be able to open – but can only serve alcohol outdoors.

The new rules come into force at 18:00 on Friday, and will be in place until 25 October.

The licensed trade had warned ahead of the announcement that many pubs and restaurants would be forced to close for good if any further restrictions were imposed on them.

The restrictions for the central belt cover about 3.4 million people living in the Greater Glasgow and Clyde, Lanarkshire, Forth Valley, Lothian and Ayrshire and Arran health board areas.

In these areas, all licensed premises – with the exception of hotels for residents – will be required to close indoors and outdoors, although takeaways will be permitted.

Cafes which do not have an alcohol licence will be able to stay open until 18:00.

Snooker and pool halls, indoor bowling alleys, casinos and bingo halls will also close in the five health board areas for two weeks from 10 October.

And contact sports for people aged 18 and over will be suspended for the next two weeks – with an exception for professional sports.

Indoor group exercise activities will not be allowed, although the current rules will remain in place for under 18s and gyms can remain open for individual exercise.

There will be no travel ban in any of the areas, but people in the central belt have been urged to avoid public transport unless it is “absolutely necessary”.

And they have also been advised not to travel outside of the health board area they live in if they do not need to.

In other parts of the country, pubs, bars, restaurants and cafes will be able to open indoors until 18:00 – but only to serve food and non-alcoholic drinks.

However, they will be able to serve alcohol in outdoor settings such as beer gardens until 22:00, with the current rules on no more than six people from two households remaining in place.

It comes as Scotland recorded more than 1,000 new confirmed cases of the virus in a single day for the first time – although the country is doing far more testing now than at the height of the pandemic earlier in the year.

Anne Heche dies: ‘We have lost a bright light’
‘We are waiting for rain, for winter, for God’ – Fighting a megafire in France
Afghan contractors: ‘I wish I’d never worked for the UK government’
Southern Baptist abuse claims under DoJ investigation
Energy bills: Current support is not enough, says Boris Johnson