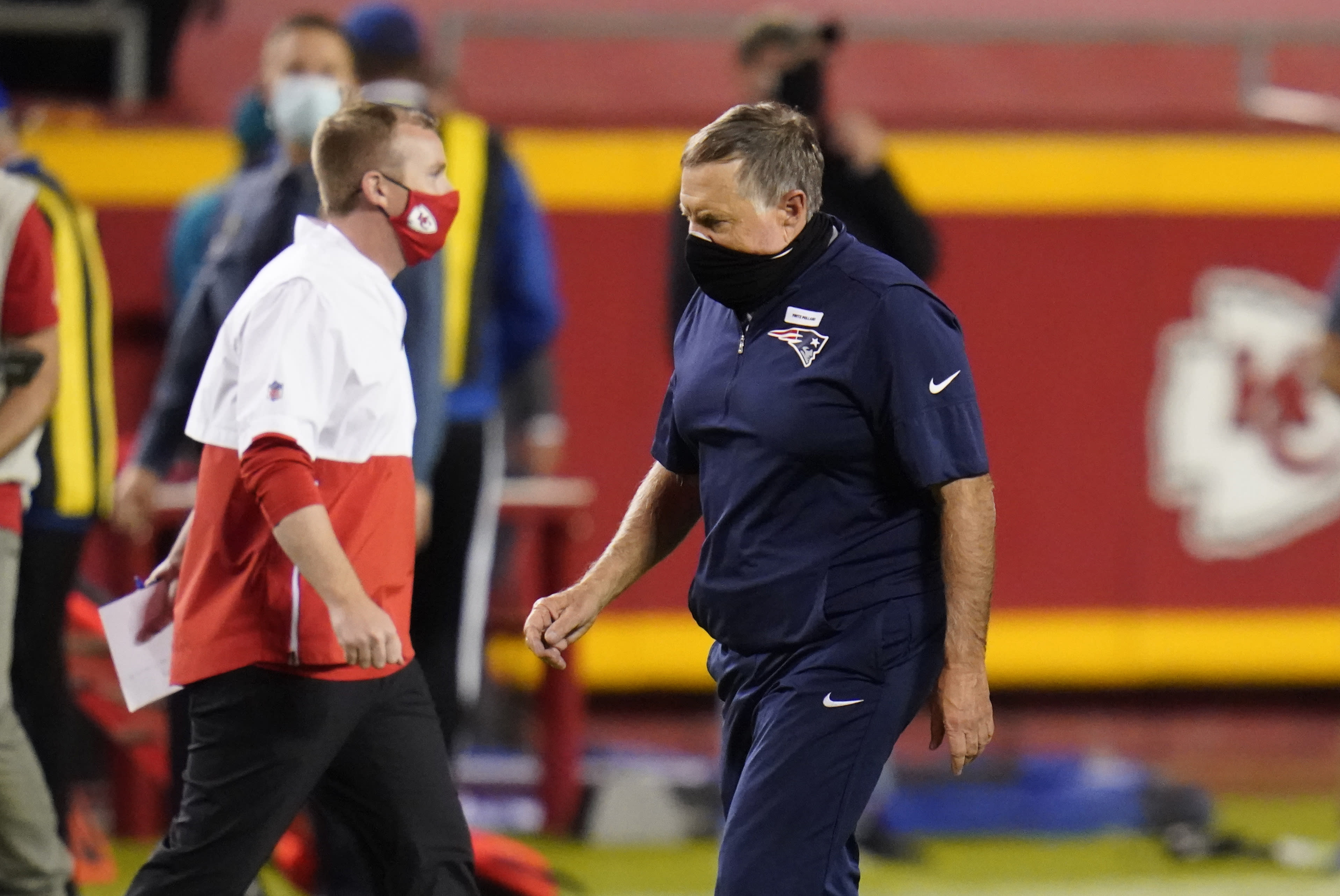 COVID-19 came for the competitive fortunes of the New England Patriots, and not even Bill Belichick could overcome it.

The legendary coach certainly tried. If you can lose a game 26-10 and be heralded for a masterful game plan, then this would be it. The man is a genius, even in defeat.

New England was down eight regulars who opted out of the season and starting quarterback Cam Newton, who was placed on the COVID-19/reserve list last week. Yet, the Patriots kept it a three-point game into the middle of the fourth quarter against the reigning Super Bowl champion Kansas City Chiefs.

The Patriots might have won, except second-string quarterback Brian Hoyer completely imploded and third-string quarterback Jarrett Stidham, who was brought in to save the day, played like a third stringer. He wasn’t as bad as Hoyer, but he wasn’t Patrick Mahomes either.

“Turned the ball over four times,” Belichick noted. “Had too many penalties.”

They also got some tough calls against them, including a quick whistle in what should have been a fumble/interception of Mahomes in the second quarter.

Making matters worse, there was no certainty that the game would even be played. It was originally scheduled for Sunday, then moved to Monday. The Patriots didn’t travel to Kansas City until Monday morning, taking two planes to try to prevent a COVID-19 outbreak.

This was like no week even Belichick, who has been in the league since 1975 and been a head coach in 404 regular-season games (275 of them victories), has seen.

This is the NFL in 2020, though. Or it’s about to be. After an offseason of relative calm and three weeks of almost perfect health and no disruptions, the league started tearing at the seams in the past week.

Tennessee-Pittsburgh was postponed to a later date. New England-Kansas City was moved. New Orleans-Detroit was in flux until just hours before kickoff. Rosters across the league started losing players.

None of it was significant as Newton being sidelined. The former league MVP had found a career reboot playing for Belichick and had helped temper the loss of future Hall of Fame quarterback Tom Brady. Yet once he was lost, so too, in all likelihood, were the Pats’ chances against the Chiefs.

They tried, though. Belichick had a game plan to hold Mahomes in check, and his players delivered it. The Chiefs’ offense was held to just two touchdowns (none until the final minute of the third quarter) and two field goals.

Meanwhile, Hoyer was supposed to game manage a run-based attack designed to grind clock and eventually score some points. Except Hoyer threw a pick, lost a fumble and was sacked twice, including a brutal one to end the first half that cost New England a likely field goal. He threw no touchdowns.

Stidham, the second-year player out of Auburn, looked like someone who hadn’t gotten many practice reps (as third stringers tend to do).

He had more fire than Hoyer (he threw a touchdown), but there were two picks (only one of which was his fault). The other, which bounced off the hands of Julian Edelman, turned into a pick-six for Kansas City.

“It’s disappointing,” Belichick said. “We had some opportunities tonight, and we weren’t able to take advantage of them. The Chiefs have a good football team. You can’t give them those kinds of opportunities. We competed hard. We just didn’t make enough good plays.”

Belichick wore two masks during the game and kept them both on for his media session afterward. Even behind all that, he looked like an exhausted coach. Expect that to become the look of the season. Coaches who love to control everything don’t stand a chance against the coronavirus. The roster. The travel. The schedule. Nothing.

If so much uncertainty, so many last-second changes, can leave Belichick flustered and frustrated, then imagine how most of these other guys will appear.

The NFL has about a million protocols and is doing about all it can to make this season work. It is extremely determined to play the games. But even if they are played, that doesn’t mean they are played like anyone expected.

Newton vs. Mahomes was what America wanted and what Belichick wanted. Instead, it got one of the rarest sights in football … horrific quarterbacking by New England.

Belichick can design the sharpest game plan, but if the simple stuff isn’t executed (for whatever the reason) then no amount of Super Bowl rings is going to save you.