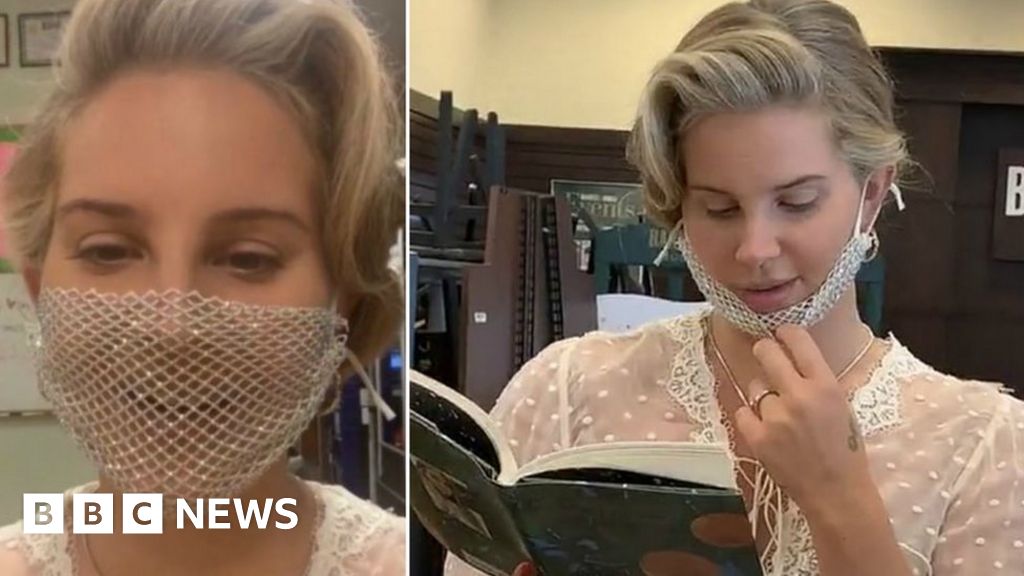 Lana Del Rey has upset some of her fans due to her choice of face mask at a recent book signing in California.

The star appeared at a branch of Barnes and Noble in Los Angeles, where she read passages from her new poetry book Violet Bent Backwards Over the Grass.

At the event, Del Rey wore a glittery, mesh face mask that she’d previously used in a cover shoot for Interview magazine.

It would appear that the mask provided no barrier to the spread of Covid-19.

The BBC has contacted Lana Del Rey’s team for a comment.

“Lana, please wear a real mask. I’m begging you be safe,” wrote a concerned fan, under an Instagram photo of the star at the book signing.

“I love Lana but this is incredibly irresponsible,” said another. “Girl, we’re in the middle of a pandemic,” added a third.

Del Rey’s sister, Caroline “Chuck” Grant, who livestreamed the poetry reading on Instagram, said the singer had “tested negative” and was remaining six feet away from her fans.

However, pictures posted on the pop culture Twitter account @Popcrave showed the star posing next to fans after the reading. At least one was not following California’s social distancing guidelines.

“Please tell me that there’s some sort of see through/sheer, woven (or clear plastic?) liner under the mesh?” responded one fan.

It is possible that there was a transparent, protective layer to the mask. Some stores offer see-through coverings that enable the hard of hearing to lip-read; while other ranges cater to fashion-conscious consumers.

The star has yet to address the criticism but, on Sunday, posted a video on Instagram in which she read a poem while wearing a camouflage mask, which she removed at the end of the clip.

Face coverings reduce the spread of coronavirus droplets from coughs, sneezes and speaking.

They should mainly be worn to protect other people from coronavirus, rather than yourself.