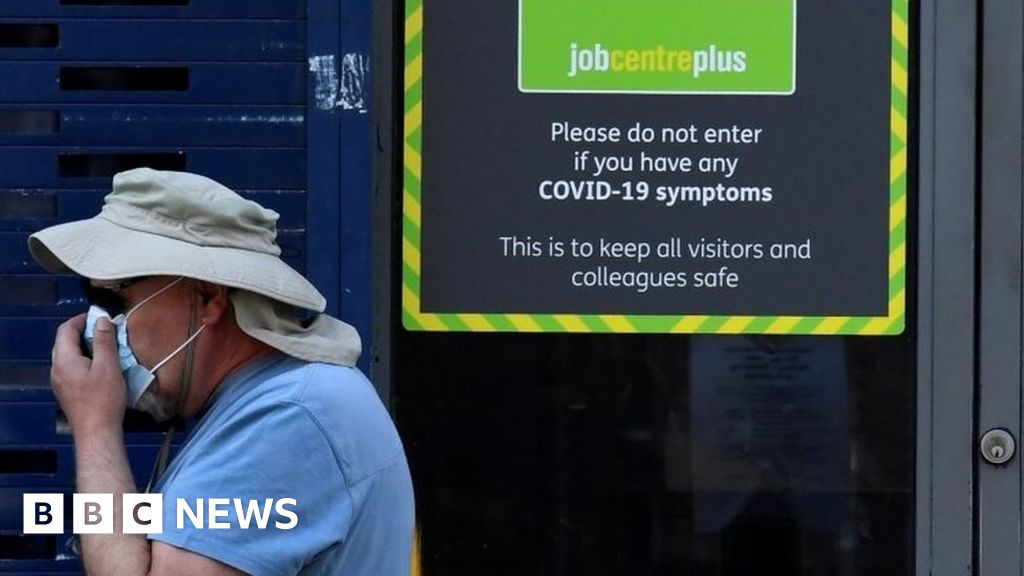 Jobseekers will be offered coaching and advice on moving into “growing sectors” as part of a £238m employment programme, the government has said.

Job Entry Targeted Support is aimed at helping those out of work because of Covid-19 for three months.

Work and Pensions Secretary Therese Coffey said it would give people “the helping hand they need”.

But Labour said the scheme “offers very little new support” and it was “too little too late”.

The Job Entry Targeted Support (JETS) scheme will “boost the prospects of more than a quarter of a million people across Britain”, Ms Coffey said.

“We have provided unprecedented support for jobs during the pandemic, including through furlough and subsidising the incomes of the self-employed, doing all we can to protect people’s livelihoods, but sadly not every job can be saved,” she said.

The Department for Work and Pensions says it is recruiting an additional 13,500 “work coaches” to help deliver the new scheme.

Chancellor Rishi Sunak said the scheme would “provide fresh opportunities to those that have sadly lost their jobs, to ensure that nobody is left without hope”.

“Our unprecedented support has protected millions of livelihoods and businesses since the start of the pandemic, but I’ve always been clear that we can’t save every job,” he said.

“I’ve spoken about the damaging effects of being out of work, but through JETS we will provide fresh opportunities to those that have sadly lost their jobs, to ensure that nobody is left without hope.”

However, Labour’s shadow work and pensions secretary, Jonathan Reynolds, said: “By the government’s own admission at least four million people could lose their jobs during the crisis. All it can muster in response are piecemeal schemes and meaningless slogans.

“This new scheme offers very little new support and relies on already overstretched work coaches on the ground, while many of the new work coaches promised have yet to materialise.

“It’s too little too late again from a government that simply can’t get a grip on this jobs crisis.”

Mr Sunak is due to address the Conservative Party Conference later, saying the government has been faced with “difficult trade-offs and decisions” during the coronavirus pandemic.

He will say that while he cannot protect every job, he will say “the pain of knowing it, only grows with each passing day”.

Mr Sunak will say his “single priority” as chancellor is “to create support and extend opportunity to as many people as I can”.

“We will not let talent wither, or waste, we will help all who want it, find new opportunity and develop new skills,” he is expected to say.

Labour’s shadow chancellor Anneliese Dodds said her party had urged Mr Sunak to introduce a wage support scheme that incentivised employers to keep more staff on, but “he ignored these calls and now nearly a million jobs are at risk when the furlough scheme ends in a few weeks’ time”.

“When he speaks at Conservative Party Conference, Rishi Sunak must promise to get a grip of the jobs crisis before it’s too late,” she said.

“If he doesn’t, Britain risks an unemployment crisis greater than we have seen in decades – and Rishi Sunak’s name will be all over it.”

It comes as the furlough scheme ends this month, to be replaced by the government’s new wage subsidy programme, the Job Support Scheme, on 1 November.

Under the Job Support Scheme, if bosses bring back workers part time, the government will help top up their wages with employers to at least three-quarters of their full-time pay.

Nearly three million workers – or 12% of the UK’s workforce – are currently on partial or full furlough leave, according to official figures.

Teachers prepare for Wednesday’s strike in England and Wales
Myanmar: Air strikes have become a deadly new tactic in the civil war
Tyre Nichols bodycam footage: What we know about the arrest video
Tyre Nichols’ lawyer urges lawmakers to pass urgent police reforms
Annie Wersching: The Last of Us video game and 24 actress dies at 45