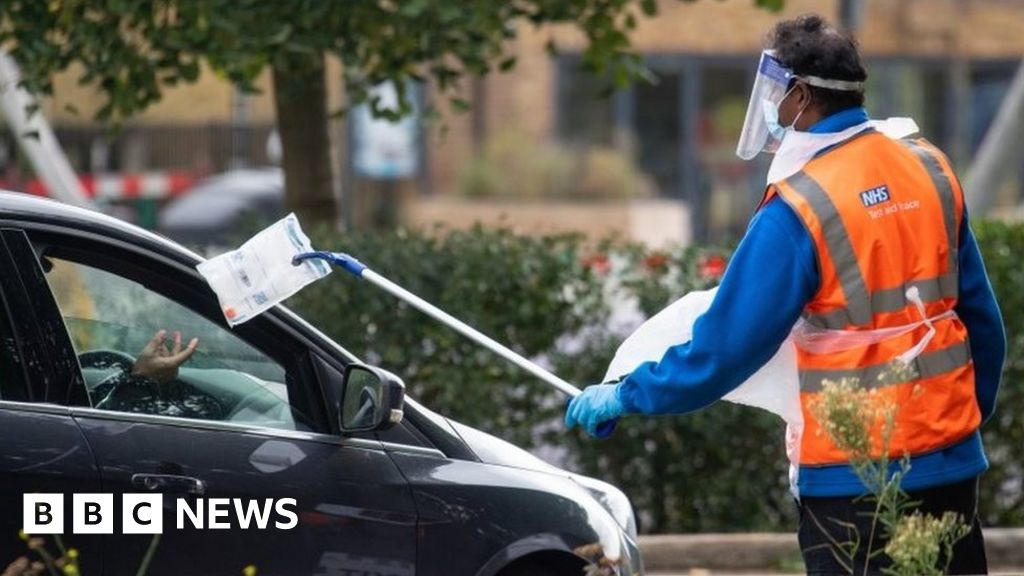 Nearly 16,000 cases of coronavirus were not entered into the national computer system used for official figures because of a technical glitch, Public Health England says.

It said all of the cases “received their Covid-19 test result as normal”.

But BBC Health Editor Hugh Pym said it meant the contacts of those who tested positive had not been approached.

Public Health England said the cases were missed off daily reports between 25 September and 2 October. But it added the IT problem had been resolved and all cases had been handed to the test and trace system.

Labour’s shadow health secretary Jonathan Ashworth said: “This is shambolic and people across the country will be understandably alarmed.

“(Health Secretary) Matt Hancock should come to the House of Commons on Monday to explain what on earth has happened, what impact it has had on our ability to contain this virus and what he plans to do to fix test and trace.”

Earlier, Prime Minister Boris Johnson warned it may be “bumpy through to Christmas” and beyond as the UK deals with coronavirus.

Speaking to the BBC’s Andrew Marr, the PM said there was “hope” in beating Covid, and called on the public to “act fearlessly but with common sense”.

On Sunday, a note on the government’s coronavirus dashboard said: “The cases by publish date for 3 and 4 October include 15,841 additional cases with specimen dates between 25 September and 2 October – they are therefore artificially high for England and the UK.”

“After rapid investigation, we have identified that 15,841 cases between 25 September and 2 October were not included in the reported daily Covid-19 cases. The majority of these cases occurred in most recent days,” he said.

“Every one of these cases received their Covid-19 test result as normal and all those who tested positive were advised to self-isolate.”

“We fully understand the concern this may cause and further robust measures have been put in place as a result,” he said.

A Department of Health spokesman earlier said the issue had not affected people receiving test results, and all those who tested positive had been informed in the normal way.