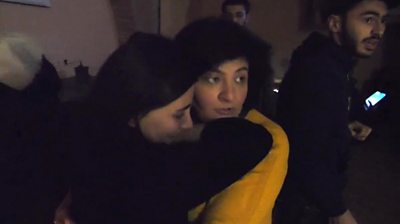 Civilians are being forced to flee the city of Stepanakert as clashes continue over the disputed Nagorno-Karabakh region.

The enclave is officially part of Azerbaijan but run by ethnic Armenians.

More than 200 people are now known to have been killed, including civilians, since the fighting between troops from Armenia and Azerbaijan began a week ago.