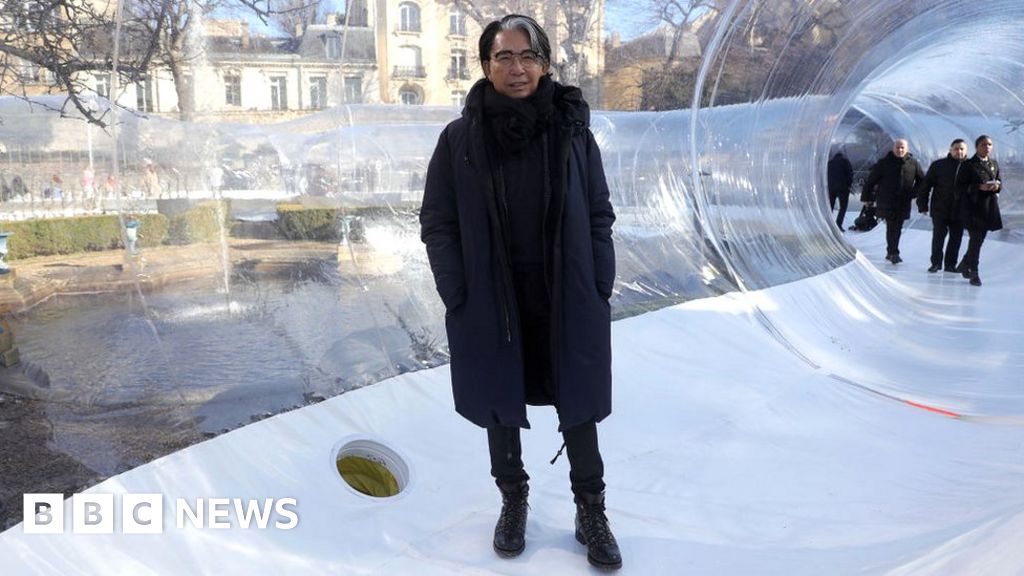 The Japanese founder of the Kenzo fashion brand has died from Covid-19, according to a spokesman for the firm quoted by French media.

Kenzo Takada died at the American Hospital in Paris at the age of 81, his statement says.

Known for his colourful graphic and floral prints, he was the first Japanese designer to gain prominence on the Paris fashion scene.

He settled in France in the 1960s and spent the rest of his career there.

With his “nearly 8,000 designs”, the Japanese designer “never stopped celebrating fashion and the art of living”, his spokesman said.

Paris Mayor Anne Hidalgo paid tribute to him on Twitter: “Designer of immense talent, he had given colour and light their place in fashion. Paris is now mourning one of its sons.”

“I was a fan of the brand in the 1970s when he started. I think he was a great designer,” fashion news website WWD.com quoted Sidney Toledano, CEO of luxury conglomerate LVMH which owns the Kenzo brand, as saying.

Born in 1939 near Osaka, Kenzo Takada arrived in France in 1965 by boat and settled in Paris.

He founded the internationally known brand under his first name in the 1970s. He launched a men’s line in 1983, and later in 1980s the more casual sportswear lines Kenzo Jeans and Kenzo Jungle.

He sold his clothing brand to luxury conglomerate LVMH in 1993 and retired from fashion six years later.