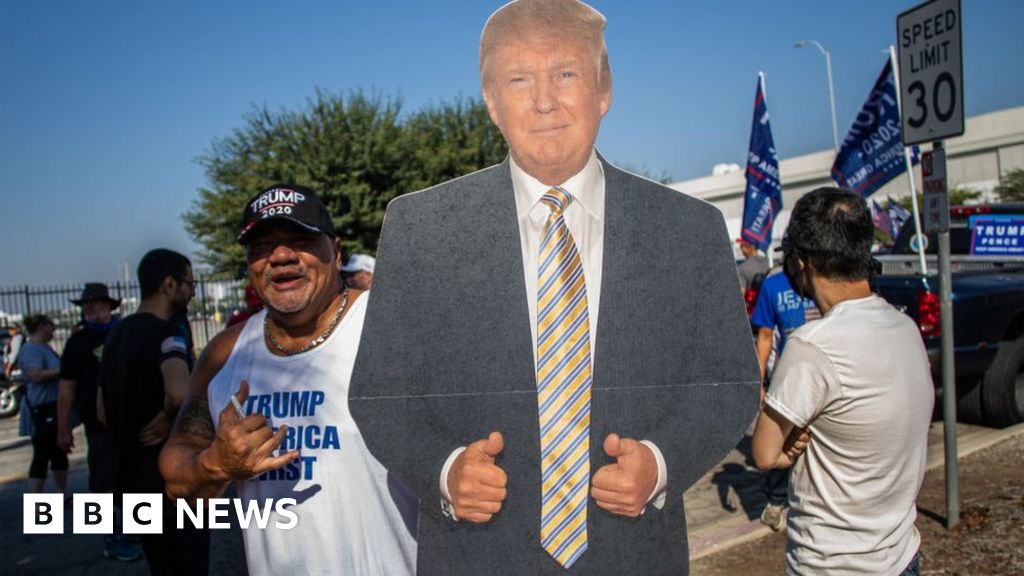 Supporters of Donald Trump have gathered with placards and flowers outside the Walter Reed National Military Hospital near Washington where the president is being treated for coronavirus, and across the United States.

Mr Trump’s positive Covid-19 diagnosis was made public early on Friday, and that evening he was transported to the hospital for treatment.

His medical team said late on Saturday that he had made “substantial progress since diagnosis” but was “not out of the woods yet”.

The diagnosis has upended the 3 November presidential election campaign.

Supporters outside Walter Reed send their best wishes to the president.

Counter-protesters were also in attendance outside the military hospital.

Around the country rallies were held on Saturday where people wished the president a speedy recovery. In California, they held a pro-Trump car caravan….

Elsewhere in the country, in Fort Lauderdale, Florida, they took to their boats…

People also gathered in the New York City borough of Staten Island. The pro-Trump rally had been organised prior to the president’s diagnosis.