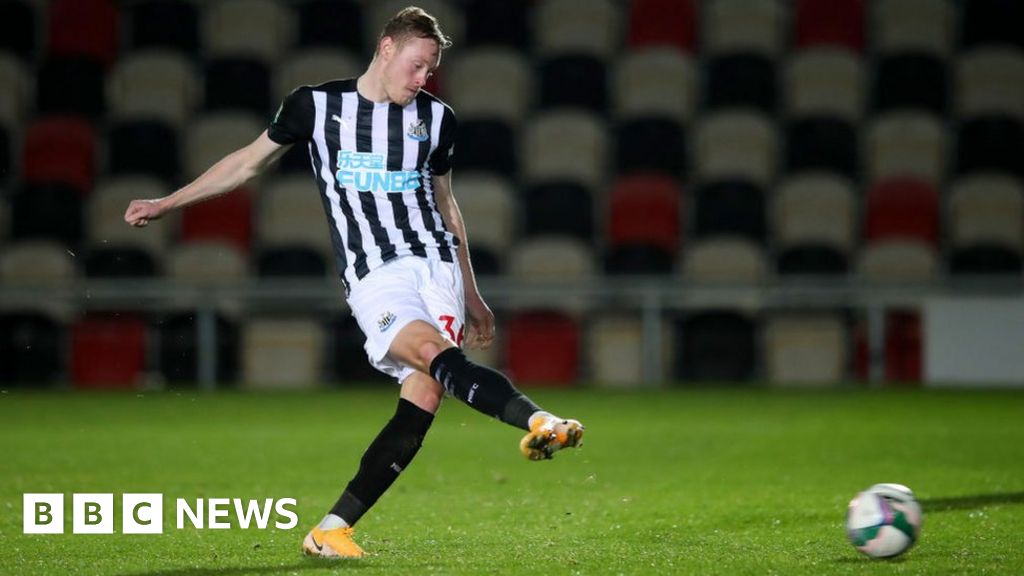 Singaporean-backed firm Bellagraph Nova says it is pushing ahead with its bid for Newcastle United Football Club.

One of the firm’s co-founders Evangeline Shen told the BBC her team is in regular contact with the Premier League club.

Bellagraph Nova has been the subject of a number of revelations since its bid was revealed in August.

The company has been criticised for inconsistencies about its assets and has retracted press statements.

Bellagraph Nova particularly came under fire for a photo-shopped picture of its three founders meeting former US President Barack Obama.

Revelations about the group have been covered extensively by Singaporean media.

Ms Shen co-founded Bellagraph Nova with business partners and cousins Nelson Loh and Terence Loh. All three are directors of the Paris-based group.

The newly-merged group is a complex network of companies spread across consumer goods, luxury products and healthcare.

In an exclusive interview Ms Shen told the BBC that “bidding for Newcastle is part of our strategy because it’s a well-known football club but still has room to improve, and we believe that improvement is good for the club as well as for our brand”.

”We started real planning for the club such as whom to hire as trainer and whom to sign for players,” she added.

The 128-year-old football club is owned by billionaire retailer Mike Ashley, who put it up for sale in 2017.

Bellagraph Nova then stepped in with a £280m offer but has since become mired in controversy.

But Ms Chen is confident about the pursuit of Newcastle United. “We are always in contact and we are still very aggressive on trying to close the deal.

”I can tell you our team just met Mike Ashley’s representative last week on the process in Paris again.”

Singapore-based corporate governance expert Mak Yuen Teen said it is not unusual for some companies to exaggerate their credentials or “window-dress”.

“I’ve seen listed companies continually misrepresent themselves including on the Singapore Exchange – announcing deals that are false, using fake degrees, but this is at a whole new level,” he said.

As Bellagraph Nova and its entities are not publicly listed on any stock exchanges, apart from one linked company called Axington, their claims about revenues and employees cannot be easily verified.

“It’s quite unbelievable that a $12bn company with 23,000 employees appear out of nowhere. Most likely they are claiming potential partners as part of their business,” added Mr Yuen, who is an associate professor of accounting at the National University of Singapore.

Talking about the revenue and employee figures, Ms Shen said “the calculation we have is a generic one because we can only base on what our partner firms and our subsidiaries tell us to consolidate”.

“I understand the numbers may look large, but as the nature of online business, it’s very normal to have a lot of employees,” she added.

“The bid has turned into a shambles for the bidders and appears dead in the water,” said Kevin McCullagh, senior analyst, Asia at SportBusiness.

“Football clubs have always attracted colourful investors and owners, often drawn by the allure of a high-profile asset and the status it can bring, rather than a business case,” added Mr McCullagh.

In recent years, there has been increasing interest in British football clubs from Asian investors.

Newcastle United Football Club declined to comment on the bid when approached by the BBC.