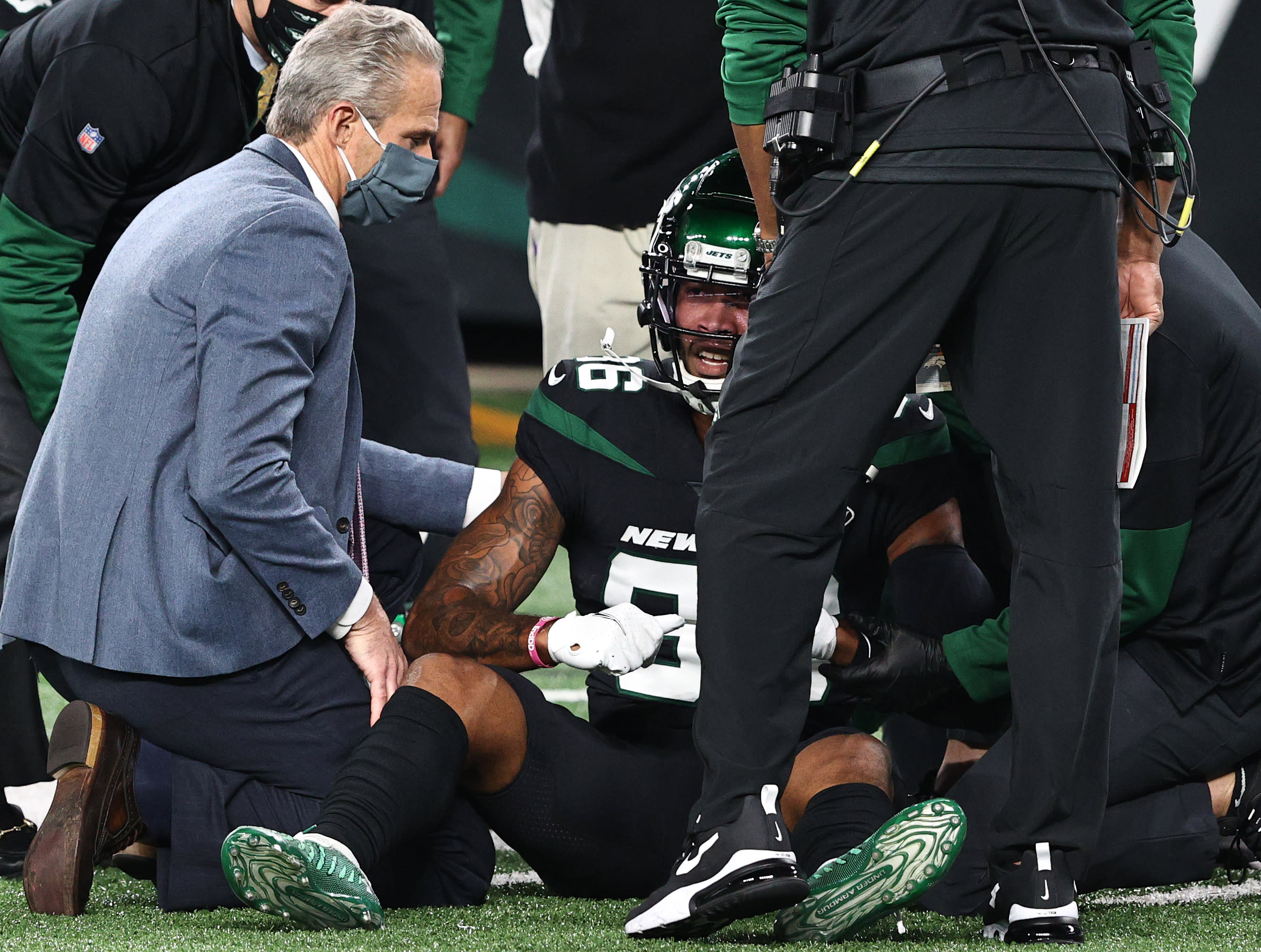 New York Jets wide receiver Lawrence Cager went down with a hamstring injury in the first half of their 37-28 loss to the Denver Broncos on “Thursday Night Football,” and fans couldn’t help but blame the field once again — something that’s been under intense scrutiny in recent weeks.

San Francisco 49ers running back Raheem Mostert, who sprained his MCL on the field just weeks earlier, even called for the league to take action with defensive end Solomon Thomas agreeing.

ANOTHER injury at MetLife? Shocker. The turf is horrible!! Shut that field down, @nfl.

Cager, midway through the first half, collapsed on the sideline while running a route on Thursday night. His left leg appeared to tighten up before he fell awkwardly to the ground, clearly in pain.

The rookie remained on the field while the medical staff attended to him before he walked off the field. The Jets called it a hamstring injury and ruled him out for the remainder of the game.

Though it didn’t appear to be as severe as others, the injury marked just the latest at the stadium already this season.

The 49ers suffered the worst of it, as they saw five key guys — Mostert, Thomas, quarterback Jimmy Garoppolo, running back Tevin Coleman and defensive end Nick Bosa — go down in Week 2. Both Bosa and Thomas tore their ACLs and are out for the year, and Coleman was sent to the injured reserve list with a knee injury.

Niners coach Kyle Shanahan explicitly blamed the turf at MetLife Stadium for the injuries after the game, too.

The turf, however, was quickly approved by the league and found to be in line with NFL standards after a review was conducted by representatives from the NFL, NFLPA, the stadium and both the Jets and Giants.

The very next week, however, 49ers tight end Jordan Reed went down with a knee sprain against the Giants.

NFLPA president J.C. Tretter called for the league to convert all turf fields to grass on Wednesday, too, something that is both statistically safer and what the majority of players prefer.

Though it’s unknown if the turf played a significant role in Cager’s injury on Thursday, it certainly raises even more questions about the stadium in New Jersey.