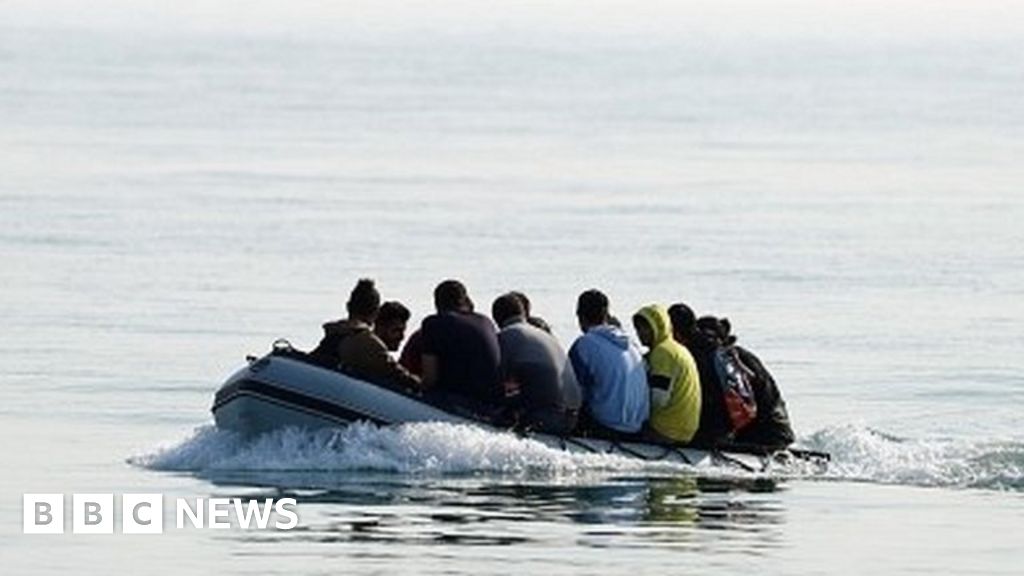 The government looked into putting floating walls in the English Channel to stop asylum seekers crossing to the UK, a leaked document shows.

The Home Office approached the trade group Maritime UK over the possible use of temporary “marine fencing”, the Financial Times reports.

Ministers also looked at setting up a processing centre for asylum seekers on Ascension Island, 4,000 miles from the UK.

And ministers have been considering converting disused ferries moored off the coast of England for the same purpose.

This year, almost 7,000 people have reached the UK in more than 500 small boats, often totally unsuited to the conditions.

Home Secretary Priti Patel has declared she is “determined to stop this criminal trade”.

On Thursday, the most senior civil servant at the Home Office, Matthew Rycroft, told MPs that “everything is on the table” when it comes to “improving” the UK’s asylum system.

He added that the UK had been “looking at what a whole host of other countries do in order to bring innovation into our own system”.

The Financial Times said an email from Maritime UK, sent on 17 September, showed officials were investigating the idea of using floating sea barriers.

It was reported earlier this year that the Greek government was planning to construct a barrier of nets to deter people crossing the Aegean by boat from Turkey.

These would use pylons connected to the seabed, leaving half a metre – topped by flashing lights – above the surface, the magazine Dezeen said.

When asked about the possibility of a floating wall in the Channel, a Home Office spokeswoman said the department “does not comment on leaks”.

They also said: “As the public will fully understand, we do not comment on operational matters because to do so could provide an advantage to the exploitative and ruthless criminals who facilitate these dangerous crossings, as they look for new ways to beat the system.”