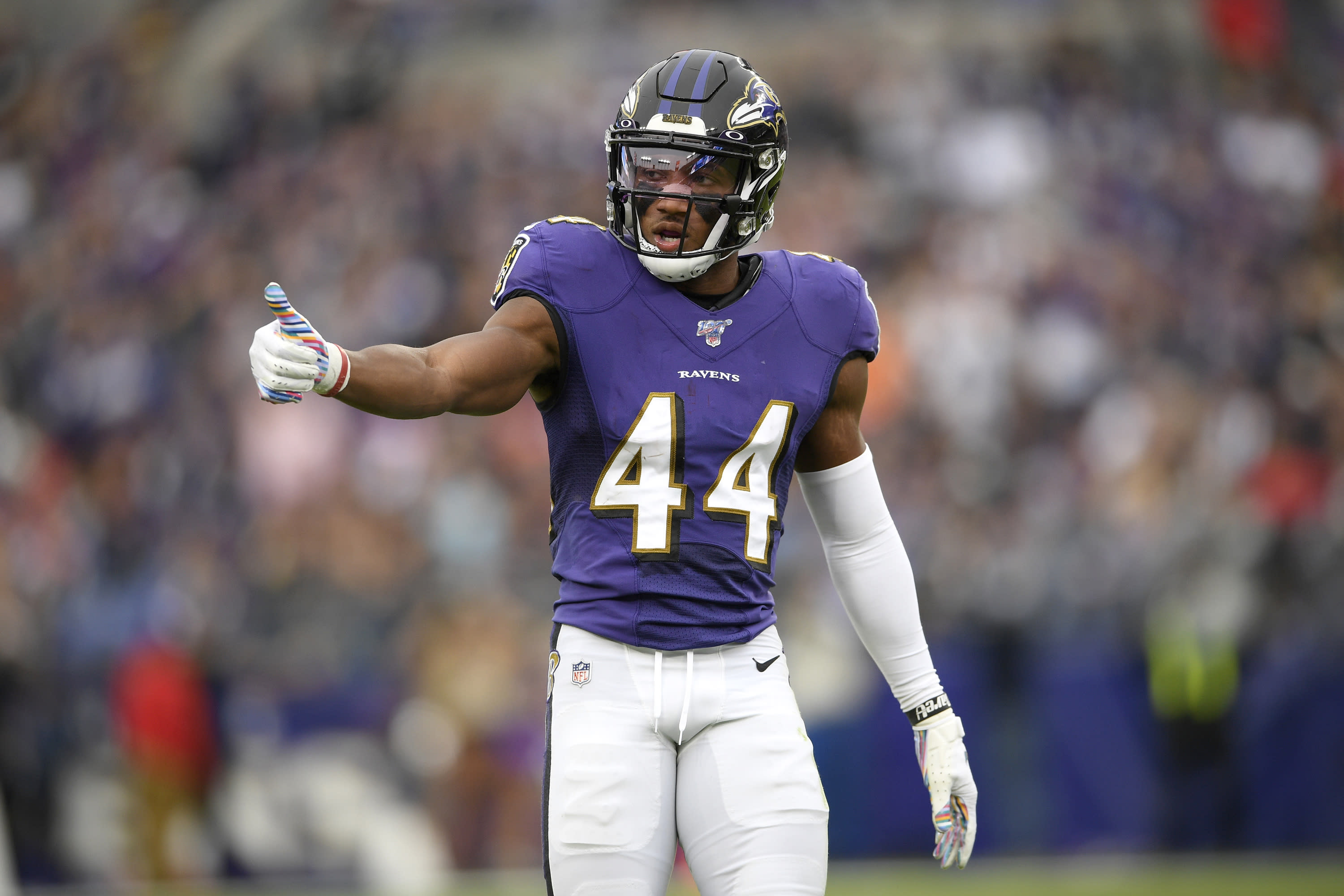 Baltimore Ravens cornerback Marlon Humphrey can order all the pizzas he wants for himself, and his teammates too. His dad probably isn’t going to be happy about it though.

In a news conference after Humphrey signed a $98.75 million extension with the Ravens, making him the second-highest paid cornerback in the NFL, he said his dad will keep him from doing anything foolish with his new fortune.

And he had a pretty good story about a teammate ordering a pizza on his credit card during a road trip to drive the point home.

It’s not like Humphrey was broke before Thursday. He was a first-round pick, and first-round rookie deals aren’t too shabby. He got $11.8 million over four years.

But we’ve all heard stories about young athletes blowing through their money. Even though Humphrey has $66 million guaranteed in his new deal, it won’t matter. His dad is going to make sure he’s responsible.

“My dad is still going to be on me,” Humphrey said. “Shoot, [Matt] Judon ordered a pizza on my account from Houston, and he was like ‘I saw a charge from Domino’s in Houston.’ He’s always looking at my financials. If I do anything too crazy he’ll be on me probably trying to get me to take it back. I have a good supporting staff.”

Judon must have gotten some extra toppings and maybe some cheesy bread to raise a red flag with Mr. Humphrey.

“Judon ordered a pizza on my card in Houston and my dad was calling me. He’s always on my financials!” @marlon_humphrey pic.twitter.com/CLAVO3kJlc

Humphrey chokes up talking about his dad

Humphrey thanked many people, from the current Ravens coaches and front office personnel to his high school coaches.

He got to thanking his family and the tears started coming. He had a heartfelt message about his father, and he had to pause a time or two to get through the emotions.

“Growing up in my house, anytime I needed someone to lean on I had older brother, older sister, and a Mom and a Dad that always kept me good in line,” Humphrey said. “Honestly, my Dad he’s kind of been able … even at a young age he’s really … my Dad has kept me in line. He’s really, since I was young, I told my Dad I wanted to play in the NFL and he never really let me slip, getting in trouble here and there as a youngin, my Dad never kept his foot off me.

“Decisions, things I wanted to do, he was able to tell me no and didn’t really show an explanation, but as I grew older I was able to understand so much as to why he did those things. My Dad has been so much more than a father. He coached me as a kid. He’s actually been my everything for me, along with my mom. I thank him a lot for what he’s done. I know he’ll continue to be a great father to me, and hopefully one day I get a family and I can treat my sons and daughters the way my Dad has treated me and my brothers and sisters.”

Humphrey has become one of the NFL’s best cornerbacks. He spent time on Thursday letting everyone know he didn’t do it alone.

.@marlon_humphrey with gratitude for the people who got him here: pic.twitter.com/7rhW8NRASG