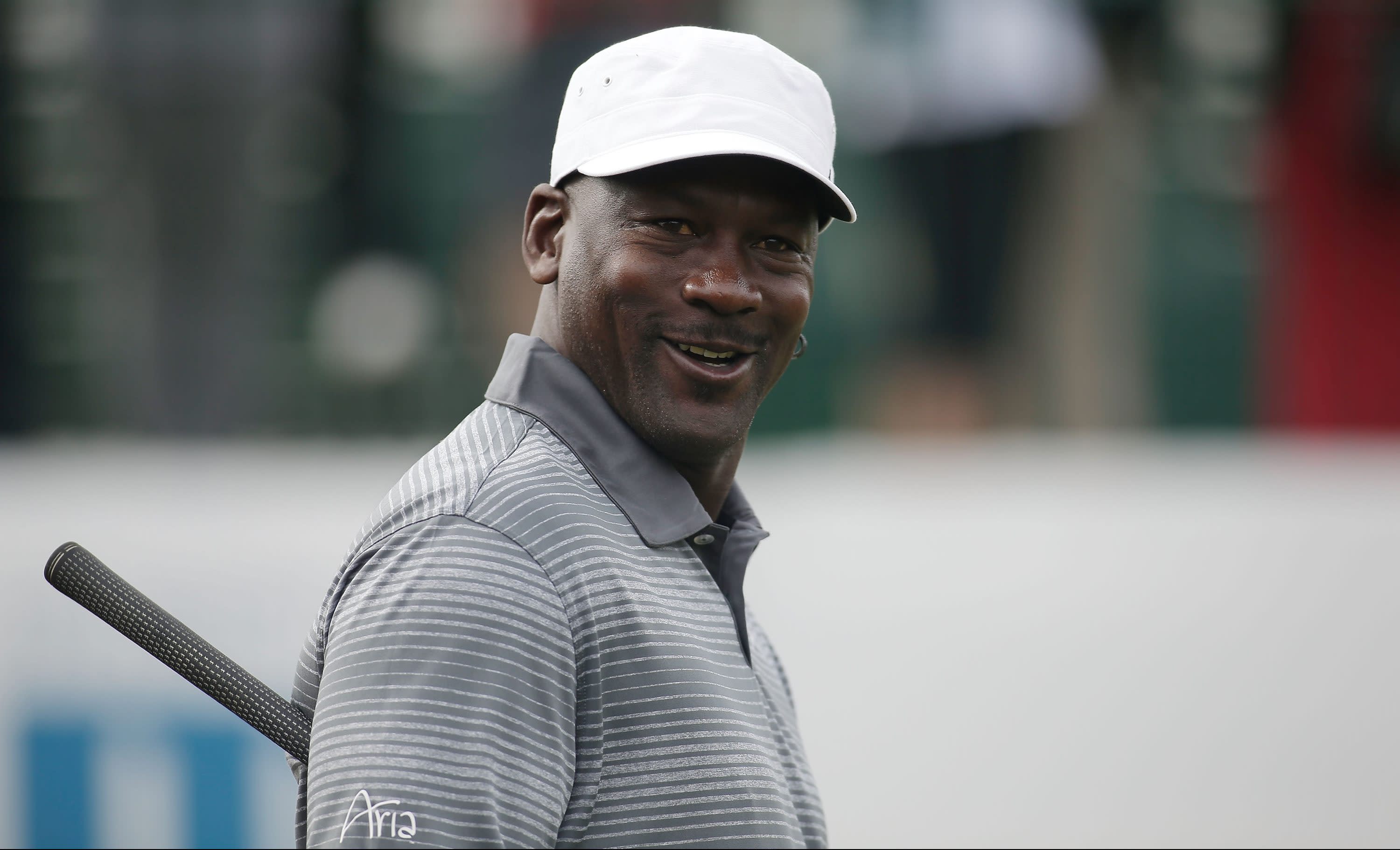 Dominic Bozzelli made the cut at the Corales Puntacana Resort & Club Championship last weekend, marking the first time he’s made a PGA Tour cut since January.

But that reminded us that during ESPN’s summer airing of the popular 10-episode documentary “The Last Dance,” viewers were taken inside the Chicago Bulls locker room for a rare glimpse into the world of Michael Jordan.

One of the most talked-about aspects of the show was the way Jordan teased and sometimes berated teammate Scott Burrell, both for his play on the court and his behavior off the court.

When Bozzelli, who hails from Rochester, N.Y., but played collegiately at Auburn, watched “The Last Dance,” he couldn’t help but smile at Jordan’s tough love tactics because he’s seen it all a hundred times before.

Jordan is a 2-handicap golfer who frequently plays at the same club where Bozzelli is a member in Florida.

Bozzelli has played over the past few years, by his estimation, about 100 rounds of golf with the greatest basketball player in history, and he has routinely been heckled and chided by the ultra-competitive Jordan.

“Just like you saw in the documentary, he has ways where he’s trying to make you better,” Bozzelli said.

“He’ll start jabbing at me early,” Bozzelli continued. “If I hit a bad drive he’ll say something like, ‘That’s why you’re not playing the major this week.’ Or stuff like that. He keeps ribbing me. You either sink or swim there; he makes you do something about it, makes you dig your heels in. If that’s going to rattle you then you shouldn’t be playing pro sports anyway, but that’s just his way of telling you how to go after your weaknesses. You’re either going to keep hearing it from him or you do something about it. It’s fun.”

Bozzelli first met Jordan about three years ago, shortly after he’d moved to Palm Beach Gardens and chose Medalist Golf Club to serve as his home course. Jordan is a member at Medalist and a few other clubs in the area.

The day Bozzelli was introduced, Jordan invited him to join his group for the following day’s 36-hole game at Medalist. One problem: Bozzelli was committed to going to the airport to pick up his former golf coach at Auburn who was coming to town for a visit.

“He was like, ‘We’re playing tomorrow at Medalist, you want to join us?’” Bozzelli recalled. “I told him my coach was coming in, but there’s no way I could say no. He said, ‘Perfect, we play 36, we usually start the second 18 around 12:30.”

So, Bozzelli picked up his coach, and they both joined Jordan for the afternoon round.

“I was trying to play it cool a little bit, but the first couple holes you’re pretty nervous,” he said. “The guy’s an icon, you grew up watching him, and he’s one of my favorite athletes of all time. He’s an intelligent guy; there’s no better athlete to pick his brain. You ask him a serious question and he’ll give you a thoughtful and detailed answer.”

Since then, when Bozzelli isn’t off traveling the country playing on tour, he has become a semi-regular in Jordan’s game.

“He plays all the time. He plays more golf than I do,” said Bozzelli. “He doesn’t play 18; it’s always a 36-hole day. It feels like you’re going to work when you play with him.”

Naturally, when Jordan is involved there’s always money on the line, and while he hasn’t won much from Bozzelli – “I like where we stand,” Bozzelli said with a laugh – he has become a tougher opponent.

“He’s gotten a lot better,” Bozzelli said of Jordan, who plays to a 2-handicap. “He changed his equipment, had guys come down here to fit him. The driver used to be the issue, but he’s got that all worked out. It used to be an easier win, but you’ve got to bring it.

“You can’t just show up and collect, you’ve got to play well because he competes until that last hole. It’s impressive.”

Sal Maiorana can be reached at maiorana@gannett.com. Follow him on Twitter @salmaiorana. (Editor’s note: This story originally ran in the Rochester Democrat & Chronicle in June.)

How Biles saved herself — and her teammates
No quarantine for fully jabbed EU and US arrivals in England
Deadly street protests over Iran water shortages
Bosnian Serbs defy top UN official Inzko over genocide denial
Greensill: Lady Heywood’s anger at ‘scapegoating’ of late husband by inquiry