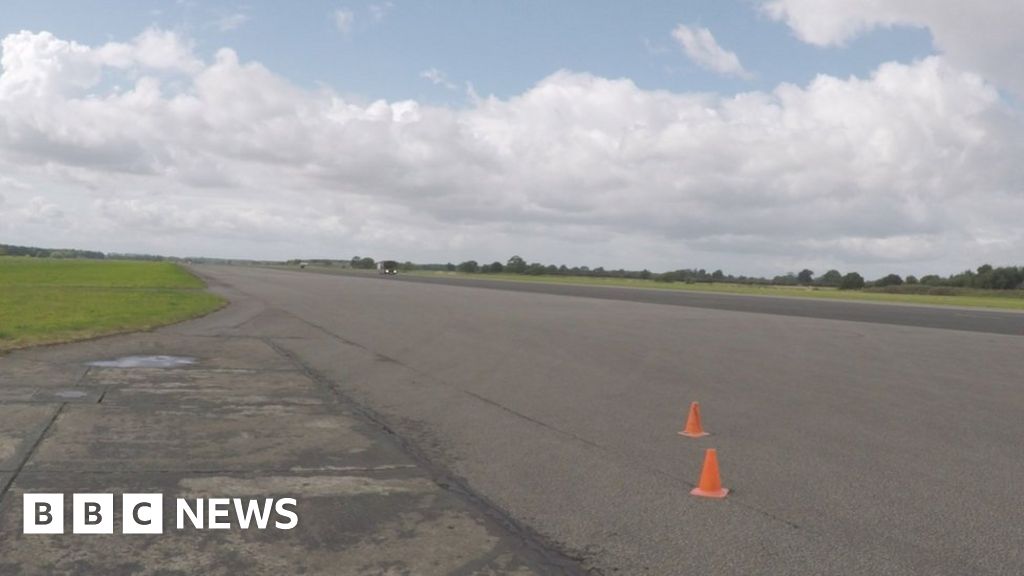 A driver has died during a British land speed record attempt.

It said the driver’s family had been informed and an investigation into the circumstances had begun.

North Yorkshire Police said it was called to reports of a “serious collision” at the scene shortly after 16:30 BST.

Elvington was an RAF station until 1992, and has become a popular motorsports venue since entering private ownership.

It has hosted dozens of world record attempts, and is also used as a filming location.

On Sunday, Jason Liversidge, who has motor neurone disease, set a world speed record in his

In 2003, Top Gear presenter Richard Hammond was involved in a near-fatal crash at Elvington.

He suffered serious brain injuries when his jet-powered car crashed at almost 300mph, but made a full recovery.