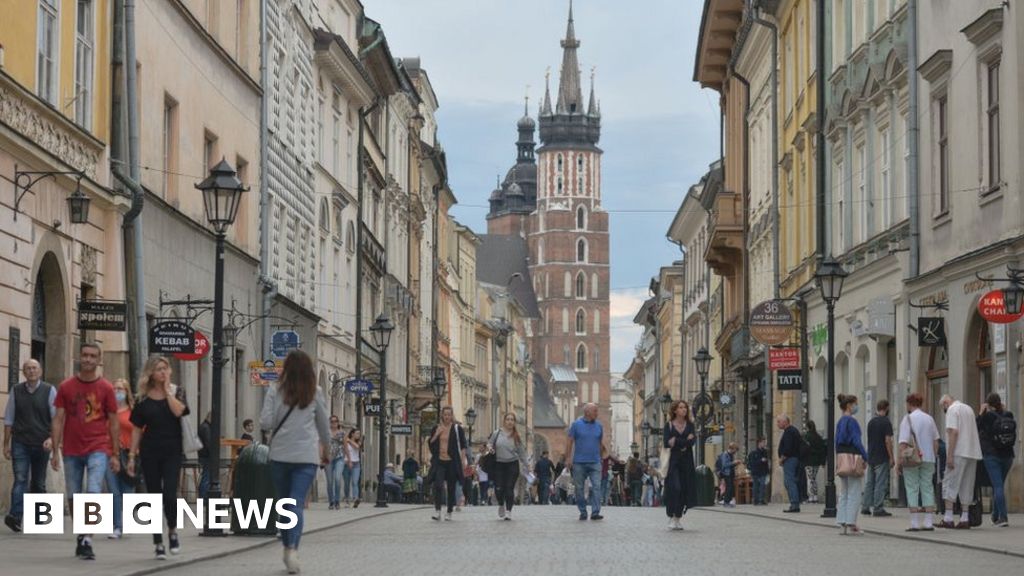 Travellers arriving in the UK from Poland, Turkey and three Caribbean islands will have to self-isolate for 14 days from 04:00 on Saturday.

Poland’s infection rate has risen, while the UK government said it removed Turkey over concerns about the way the country reports its data.

There will also be tougher fines for those who fail to self-isolate – of up to a maximum of £10,000 in England.

One airport group says it is a “further blow” to a “struggling” sector.

The UK reported a further 6,914 coronavirus cases and 59 deaths on Thursday, and stricter measures have been announced to control a spike in areas of northern England.

Announcing the changes to the quarantine list, Transport Secretary Grant Shapps said data from Poland showed that “test positivity has nearly doubled increasing from 3.9% to 5.8% alongside a rapid increase in weekly cases”. Poland is reporting 25.9 coronavirus cases per 100,000 people, up from 15.6.

Arrivals from the Caribbean islands of Bonaire, St Eustatius and Saba will also have to quarantine from Saturday, he added.

Meanwhile, the Scottish government announced that those arriving from the Azores and Madeira will no longer need to quarantine in Scotland “due to the low number of cases”.

Its statement added that it was “clear that case numbers in Turkey have been under-reported”.

The fine increase will be in force from Friday.

Since the introduction of the travel quarantine regime in the summer, police officers have investigated more than 4,000 alleged breaches of the rules.

More than 200 people were found to be ignoring the quarantine requirement, but escaped a fine because they listened to the officer on their doorstep. Overall there were just 38 penalties for breaching holiday quarantine.

The Manchester Airports Group, which owns and operates Manchester, London Stansted and East Midlands airports, said Poland and Turkey’s removal from the travel safe list “means that a large proportion of the markets our passengers usually travel to are now effectively closed-off, despite many of them having much lower infection rates than the UK”.

The announcement “is a further blow to the already struggling aviation sector”, a statement said.

The group said it was “vital” for the government to establish a testing regime “which would allow for a safe reduction in quarantine periods for passengers arriving from abroad”.