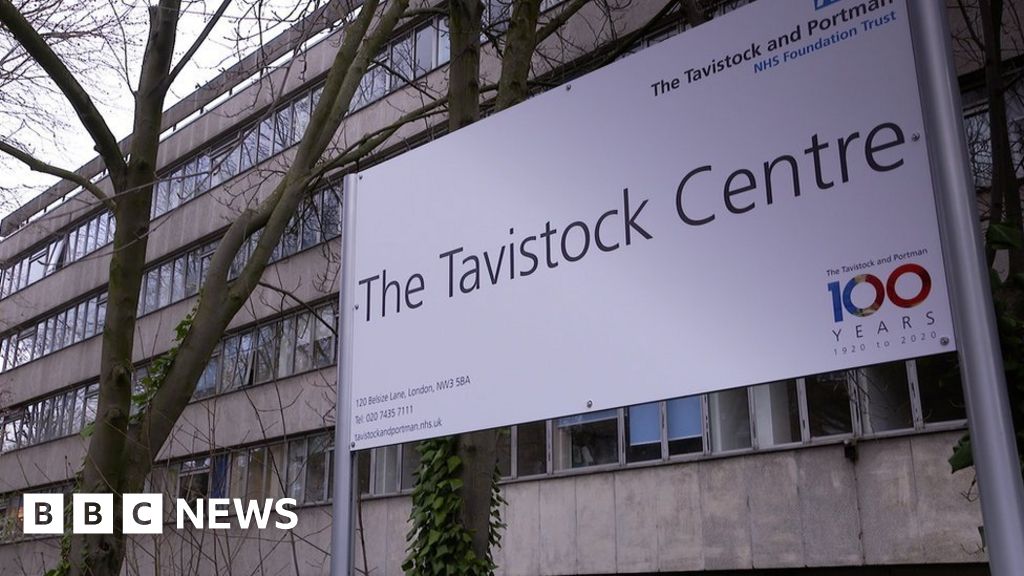 Doctors at a child gender clinic raised concerns about the use of puberty blockers 15 years ago – an issue that was also discussed by staff last year.

An internal review conducted in 2005, obtained by BBC Newsnight, says some clinicians felt pressured to refer patients for the treatment too quickly.

The Trust which runs the clinic said the report was “no longer relevant”.

GIDS, which is run by the Tavistock and Portman NHS Foundation Trust, is a specialised unit for young people who have difficulties with their gender identity.

In 2005, the Trust’s then medical director, adult psychiatrist Dr David Taylor, conducted a review into the service – then called the Gender Identity Development Unit.

He reported that colleagues at the Trust were working hard to provide good care for patients, but highlighted concerns about some aspects of their treatment.

The document details concerns raised by some clinicians at that time about alleged pressure on staff to refer patients for treatment with puberty blockers, a lack of a robust evidence base underpinning this treatment, and the apparently troubled backgrounds of some young people referred. These included past sexual abuse and trauma.

Newsnight obtained the 2005 review via the Freedom of Information Act, a move which the Tavistock and Portman NHS Foundation Trust resisted. It argued disclosure of the document would “adversely impact on the Trust’s ability to provide effective and safe services to its patients”.

But the Information Commissioner’s Office ruled that the document’s publication was in the public interest.

In his 2005 report Dr Taylor, who left in 2011 after 30 years, made a series of recommendations for improvements to the service – which in 2005 was much smaller, receiving tens of referrals per year rather than thousands.

Dr Taylor called for the service to monitor patients after leaving, for more research into this area of healthcare, and for staff to be supported if faced with pressure to refer for treatments when they thought it was inappropriate.

In his report, which was published in 2006, he said puberty blockers might be the best course of action for some, but added that in his view young people needed a period of explorative therapy first.

The document also detailed concerns from some staff about the speed at which some young people were being referred for treatment with puberty blockers.

These drugs stop a young person’s body developing, with the aim of helping to relieve gender dysphoria – distress caused when a person’s gender identity does not match their biological sex. The NHS now recognises that little is known about their long term side effects.

Concerns about the use of puberty blockers were subsequently raised by other staff in the internal 2019 review of the service.

It is unclear why some recommendations made in 2005 were not implemented, but Dr Taylor told Newsnight there may be several reasons, and said the demand for the service was “greater than the capacity of the unit to cope.”

Society’s shifting attitudes towards gender identity, and the underfunding of other adolescent mental health services are also important, he told the BBC.

In a statement the Trust said: “This report from 2006 is not relevant to the circumstances and issues faced by the GIDS service today. The service had been nationally commissioned since 2009, with NHS England (NHSE) taking responsibility for it in 2013. The service specifications were reviewed in 2016 and are currently under review again, as scheduled.

“Some of the young people we see in the service experience difficulties which may or may not be related to gender dysphoria. GIDS is a specialist service and relies on an integrated care model in which it works closely with local CAMHS to support ongoing difficulties.

“It is important to recognise that not all co-occurring difficulties will be resolved by accessing specialist psychosocial exploration of gender identity and related issues.”

The Tavistock and Portman NHS Foundation Trust welcomed the NHS review of gender services, to be conducted by Dr Hilary Cass, the former President of the Royal College of Paediatrics and Child Health.

“We welcome this and hope this will lead to better and quicker access to support for these young people.”

Anne Heche: US actress not expected to survive, says family
Ministers to meet energy giants over cost of living
A new reality for women seeking an abortion in Texas
Donald Trump refuses to answer questions in New York investigation
Leaders meet to try to pass a UN treaty to protect oceans