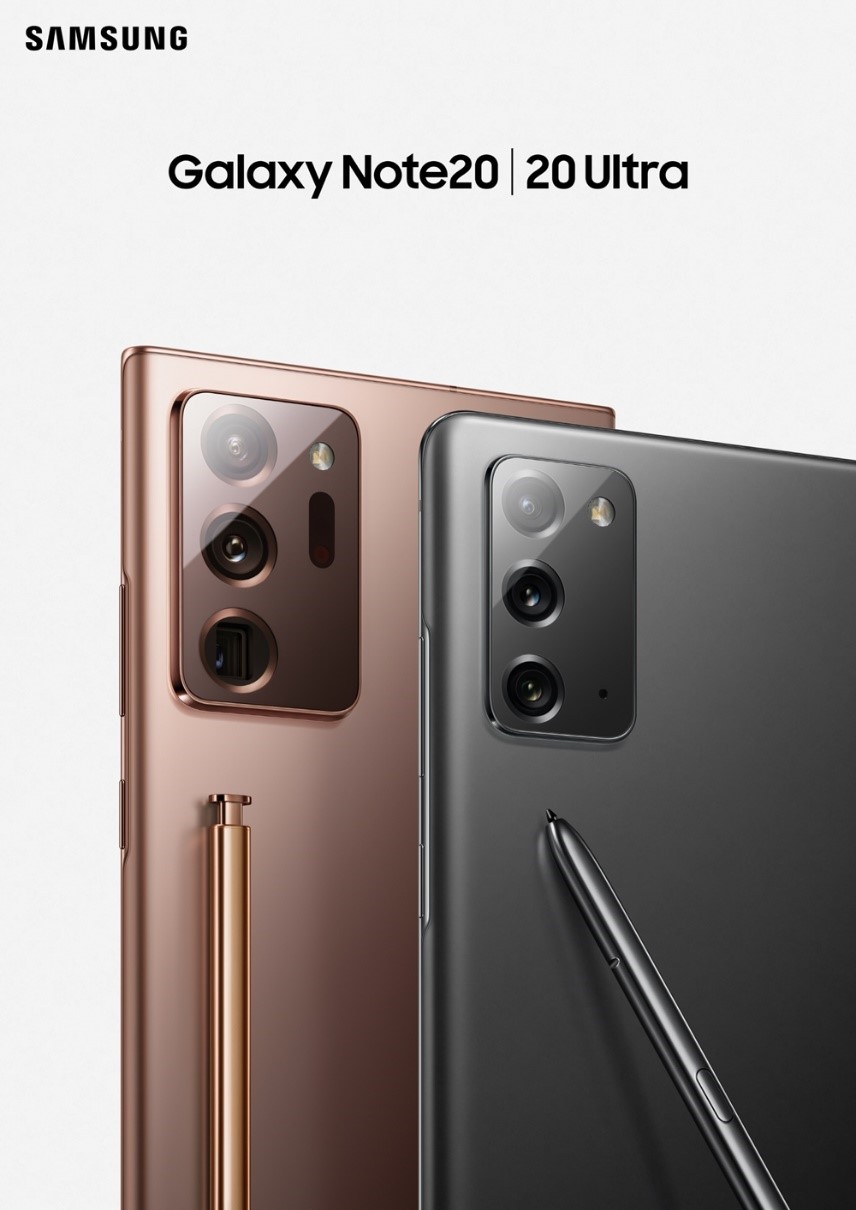 The Latest Note Devices From Samsung

This article is aimed at providing an insight into Samsung’s Note series devices to readers that want to get information regarding these newly launched devices.

Ever since its launch in 2011, Samsung’s Note series has been famous for providing an exceptional set of features to professionals which enables them to perform heavy-duty activities by using their phones. The ability of Samsung’s Note Series to handle requirement guzzler apps with ease separates it from the competition.

The Unpacked event from Samsung took place on the 5th of August 2020 in which the company announced two new flagship devices of this series which are the Note 20 5G and the Note 20 Ultra 5G.

The main device that was launched has been named as Note 20 Ultra by following the trend of Samsung S20 Ultra device. In addition to which a relatively smaller device that goes by the name of Note 20 5G has also been launched at a comparatively lower price.

The Spec Sheet Tells Half The Story

Down Gradation of The Front Camera In Terms Of Megapixels

One major example that has been discussed all over the internet is how the front-facing 40-megapixel camera of the S20 Ultra device has now been replaced by a 10-megapixel device on the Note 20 Ultra 5G.

Similarly, the Note 20 Ultra 5G features a maximum of 12 GB RAM instead of the 16GB RAM that was featured by the top tier model of the S20 Ultra device.

The 100x Space Zoom Is Gone

Another domain in which the Note 20 Ultra 5G seems to lag on the spec sheet is the zooming capacity of the camera.

When the S20 Ultra was launched, a lot of hype was created by Samsung regarding the 100x optical zoom that enabled the phone to capture images of faraway objects. However, most reviewers complain about a significant loss in image quality after a zoom of 30x.

Therefore, Samsung has now gotten rid of the 100x zoom feature, and the Note 20 Ultra 5G features a maximum of 50x zoom, which is still quite impressive.

Not Just Another Incremental Upgrade

The internet is full of reviewers that have spoken highly of the Note 20 Ultra 5G device in terms of the build quality and camera performance, particularly in low light mode. Multiple YouTube videos also practically demonstrate how the Note 20 Ultra 5G’s camera setup performs significantly better than the competition.

One UI Gets An Update

The latest version of One UI on the Note 20 Ultra 5G performs much better than the older version and seemingly requires lesser RAM. This might as well be the reason that Samsung considered 12 GB RAM sufficient to handle the top-notch performance of its latest flagship device.

Elephant In The Room, The Price

The device is one of the best options available on the Android platform, but such stellar performance and amazing spec sheet come at a hefty price of $1299, which might seem flamboyant to some individuals. The 512GB version of Note 20 Ultra 5G device costs a whopping $1450.

However, considering the best in class performance, the price seems digestible to enthusiasts who are now quite comfortable in buying such expensive devices.
It is essential to mention that the Galaxy S20 Ultra and iPhone 11 Max Pro also carried similar price tags upon their launches.

A Screen So Bright, It’ll Dazzle You

Another domain in which the Note 20 Ultra 5G blows all competition out of the waters is in the brightness sector as it features a screen having a refresh rate of 120Hz and tops at 1500 nits. In comparison, the S20 Ultra featured a maximum of 1200 nits.

Highest Ever Screen To Body Ratio From Samsung

The hole punch is also comparatively smaller, and the relatively boxier design of the overall device enables Note 20 5G and the Note 20 Ultra 5G devices to have non-existent bezels giving it one of the highest screen to body ratio that has ever been seen on a flagship device from Samsung.

Use Of Corning’s Gorilla Glass 7

The Note 20 Ultra 5G is the first smartphone in the world that features the latest Gorillas Glass 7 which makes it considerably well equipped to handle the dings and dents of everyday usage.

The S Pen Gets A Significant Update

The S Pen which is one of the highlights of the Samsung Note Series has also gotten a significant update and the lag while using the S Pen has been reduced from 42 ms to 9 ms which means that now the users of the S Pen won’t feel any leg while writing. This has brought the S Pen to the level of Apple Pencil. For more on Apple see our post What to expect from Apple in 2020 and beyond?

The Galaxy S20 Ultra is already more than half a year old and can be easily obtained for a considerably lesser price. Keeping that in view, fans might want to go for that option instead of the Note 20 5G.

However, the Note 20 Ultra 5G has a class of its own and a dedicated target group of enthusiasts and fans are already eager to get their hands on the device.

Check the price of the Samsung Galaxy Note 20 here.

How To Get Amazon Music HD For Free

Tech-Rentals: The Change and Future of Technology Renting

The Current Progress In The Development Of Electric Cars