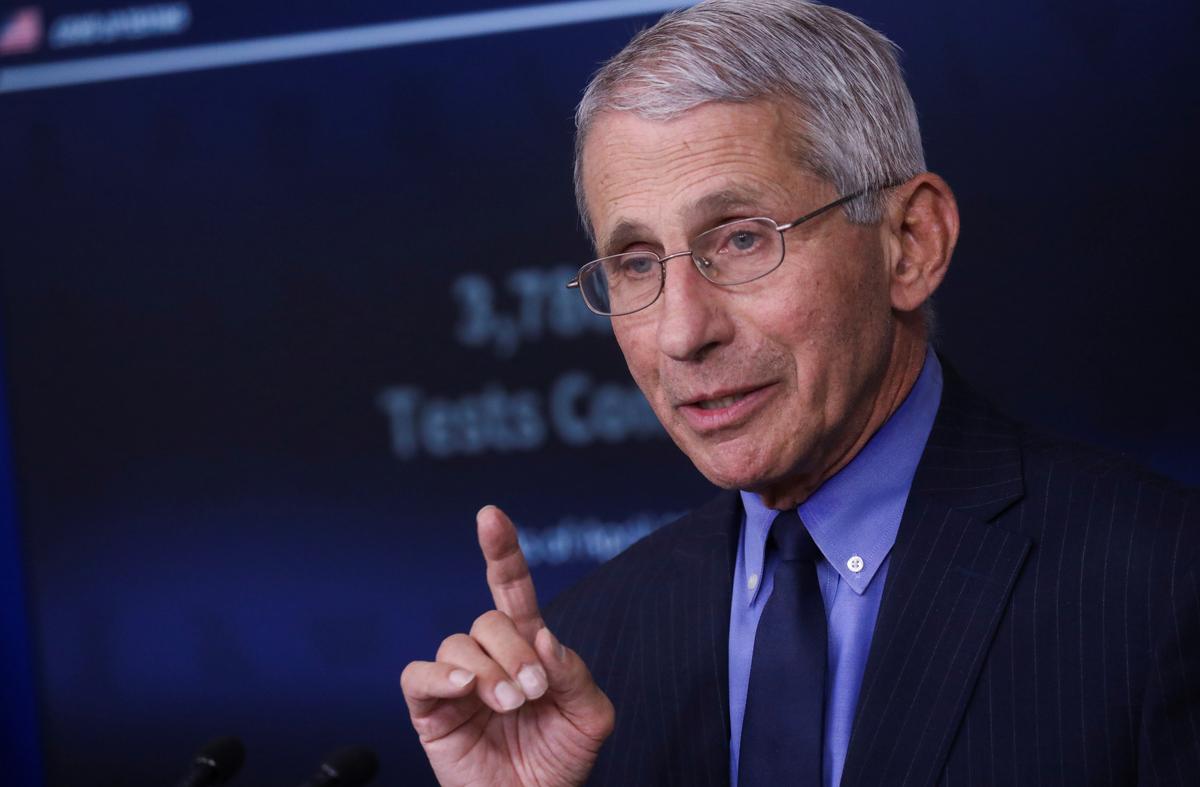 (Reuters) – The top U.S. infectious disease official on Friday cautioned that the “blips” of rising coronavirus hospitalizations being reported by some states could get out of control if robust contact tracing regimes are not put in place.

As restrictions on economic activity are lifted, the United States was bound to see increased infections, Anthony Fauci told CNN.

“But when you start seeing more hospitalizations, that’s a sure fire sign that you’re in a situation where you’re going in the wrong direction,” Fauci said.

So far, more than 114,000 people have died from COVID-19 in the United States, according to a Reuters tally. About half a dozen U.S. states are grappling with a rising number of coronavirus patients filling hospital beds.

Texas and North Carolina on Friday reported their highest hospitalization rates since the pandemic began. But officials in both states point out they also have among the lowest rates of deaths from COVID-19.

Fauci underscored that increased hospitalizations was a worrying trend, however, and a sign that “maybe we need to slow down a little” on reopenings.

North Carolina Governor Roy Cooper said on Friday that while his state’s rise in hospitalizations and new cases was sobering, moving ahead with more reopenings was not off the table.

Texas has been at the forefront of states’ efforts to reopen their economies and Governor Greg Abbott on Friday said in an interview with KYTX TV it would remain that way “because we have so many hospital beds available to anybody who gets ill.”

“For every person in a hospital bed, there are 10 open, available hospital beds available for them,” Abbott said. “So there’s plenty of hospital capacity to be able to deal with COVID-19.”

He added that there is “no real need to ratchet back the opening of businesses in the state.”

A handful of states and cities have paused or slowed reopenings.

Oregon Governor Kate Brown said she would put county applications to reopen on hold after the state reported a record daily rise in new coronavirus cases on Thursday.

“This is essentially a statewide ‘yellow light,’ it’s time to press pause for one week before any further reopening,” Brown, a Democrat, said in a statement.

Utah’s Republican Governor Gary Herbert on Friday ordered most of the state to halt reopening while it investigated a jump in cases.

“I don’t want to go forward and then take a step backward,” Herbert said of the order that remains in effect until June 26.