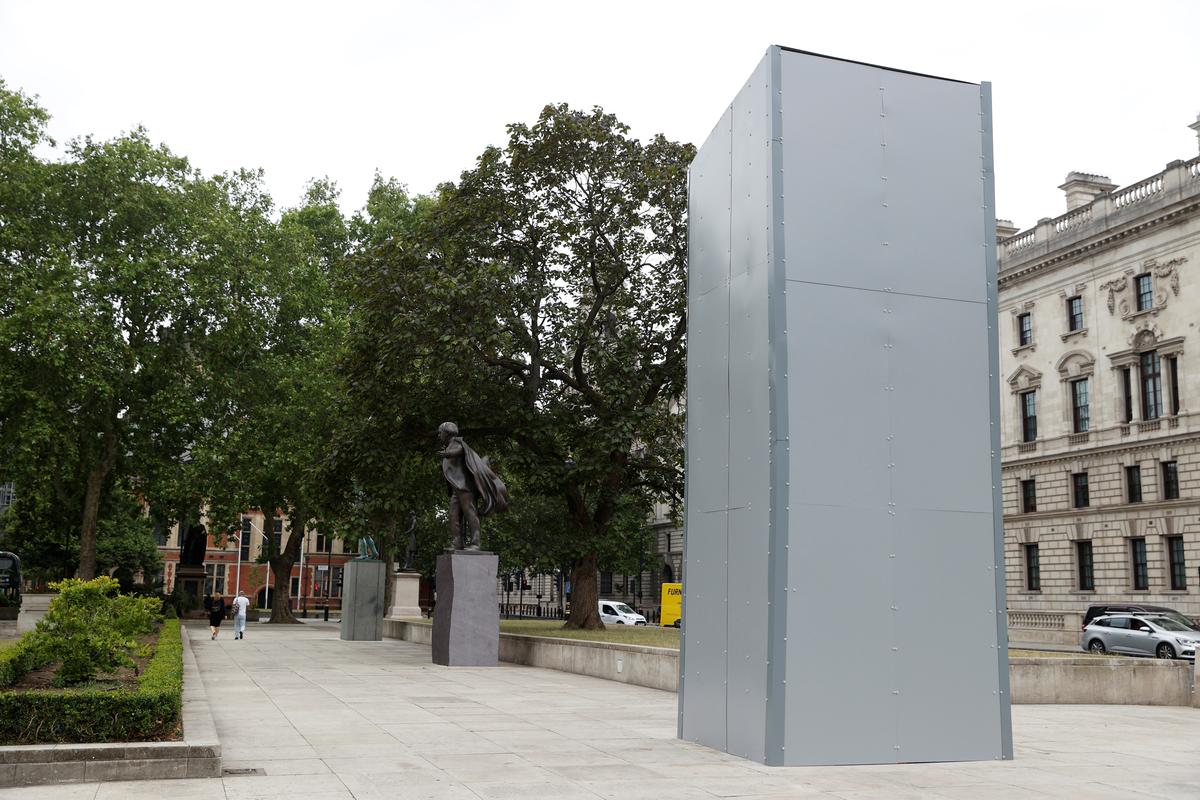 LONDON (Reuters) – British Prime Minister Boris Johnson said on Friday it was “absurd and shameful” that a statue of Winston Churchill was at risk of attack by activists, his strongest statement yet on growing protests against the legacies of past leaders.

Boarding is seen surrounding The statue of Winston Churchill in Parliament Square, following protests against the death of George Floyd who died in police custody in Minneapolis, London, Britain, June 12, 2020. REUTERS/John Sibley

Anti-racism protesters, who have staged demonstrations since the death of African American George Floyd, have put statues at the forefront of their challenge to Britain’s imperialist past.

A statue of Edward Colston, who made a fortune in the 17th century from the slave trade, was torn down in the city of Bristol on Sunday.

Before new protests on Friday and at the weekend, officials boarded up a statue opposite parliament of Churchill, Britain’s prime minister during World War Two, after demonstrators defaced it on Sunday.

“It is absurd and shameful that this national monument should today be at risk of attack by violent protesters,” Johnson wrote on Twitter.

Around 500 people gathered in London’s Hyde Park on Friday, chanting “the UK is not innocent” and “Black Lives Matter”, before marching through central London, with many saying that statues such as Colston’s were legitimate targets.

“If we have these big images, and we’re telling people, these people and what they stood for is OK, we’re just allowing everything that they did to pass,” said Samantha Halsall, 23, a student at the protest.

Organisers told the protesters not to turn up in central London on Saturday amid concern that there could be altercations with counter-protestors looking to defend statues.

Far-right activist Stephen Yaxley-Lennon said he would not turn up to the square on Saturday as he did not want to be responsible for more racial division.

On Friday, there were a small number of people arguing next to the boarded up statue of Churchill.

Johnson is an admirer and biographer of Churchill, and some of those close to him say he wants to emulate him.

“Yes, he sometimes expressed opinions that were and are unacceptable to us today, but he was a hero, and he fully deserves his memorial,” Johnson wrote, calling on people to avoid the protests.

“We cannot now try to edit or censor our past. We cannot pretend to have a different history.”