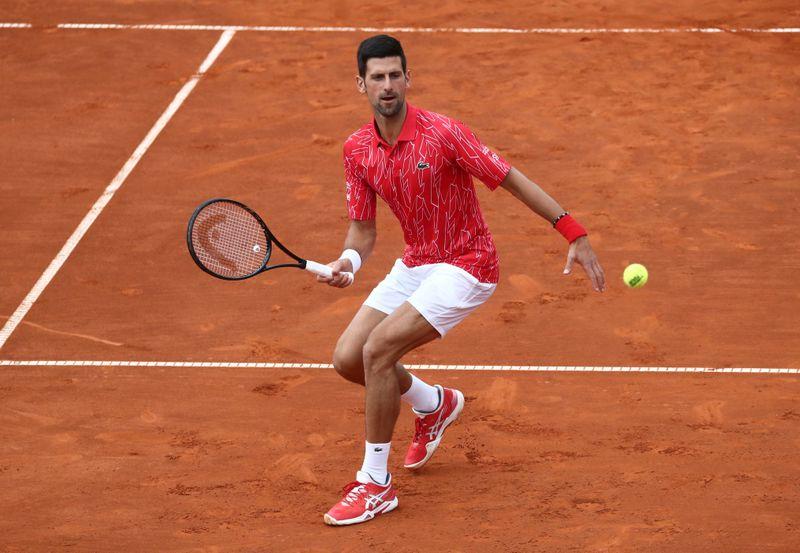 BELGRADE (Reuters) – World number one Novak Djokovic is looking forward to returning to action in front of fans at the Serb’s charity tennis tournament in Belgrade this weekend.

The first leg of Djokovic’s Adria Tour is being held at his tennis complex by the Danube River, with Germany’s Alexander Zverev, Austrian Dominic Thiem and Bulgarian Grigor Dimitrov arriving for the event.

Fans will be able to attend despite the COVID-19 pandemic after the government lifted its ban on outdoor public gatherings.

“We have different circumstances and measures (to other countries) so it’s very difficult to think of international standards (regarding the pandemic),” Djokovic told a news conference.

“We’ve had better numbers compared to some other countries. Of course, lives have been lost and that’s horrible to see, in the region and worldwide. But life goes on and we as athletes are looking forward to competing.

“You can also criticize us and say this is maybe dangerous but it’s not up to me to make the calls what is right or wrong health-wise. We are doing what the Serbian government is telling us and hopefully we soon will get back on tour collectively.”

Serbia, with 12,175 registered COVID-19 cases and 252 deaths, has lifted the ban on outdoor public gatherings. Some 25,000 fans turned up at Belgrade’s soccer derby on Wednesday.

Djokovic said last week that proposed safety protocols at the U.S. Open, scheduled to begin on Aug. 31, were so extreme it would be impossible to participate and world number seven Zverev backed up his concerns.

“Everyone wants to compete at a Grand Slam if possible, but with the circumstances now it will be very difficult,” the 23-year-old said from Hamburg.

“You’d have to stay at JFK Airport in quarantine for two weeks and that means coming two weeks in advance as you wouldn’t be able to play straight away. You’re also not allowed to go anywhere except the stadium and the hotel.

“No spectators, no on-site locker rooms, showers, or food. We’re only allowed to take one person with us. My opinion is that not a lot of players would feel comfortable in that environment.”

Several thousand fans are expected to throng the makeshift stands at Djokovic’s complex over the weekend and Thiem said he was delighted to be part of the event.

“It’s amazing that we will play in front of a crowd again and get that atmosphere back so I really can’t wait for tomorrow,” he said.