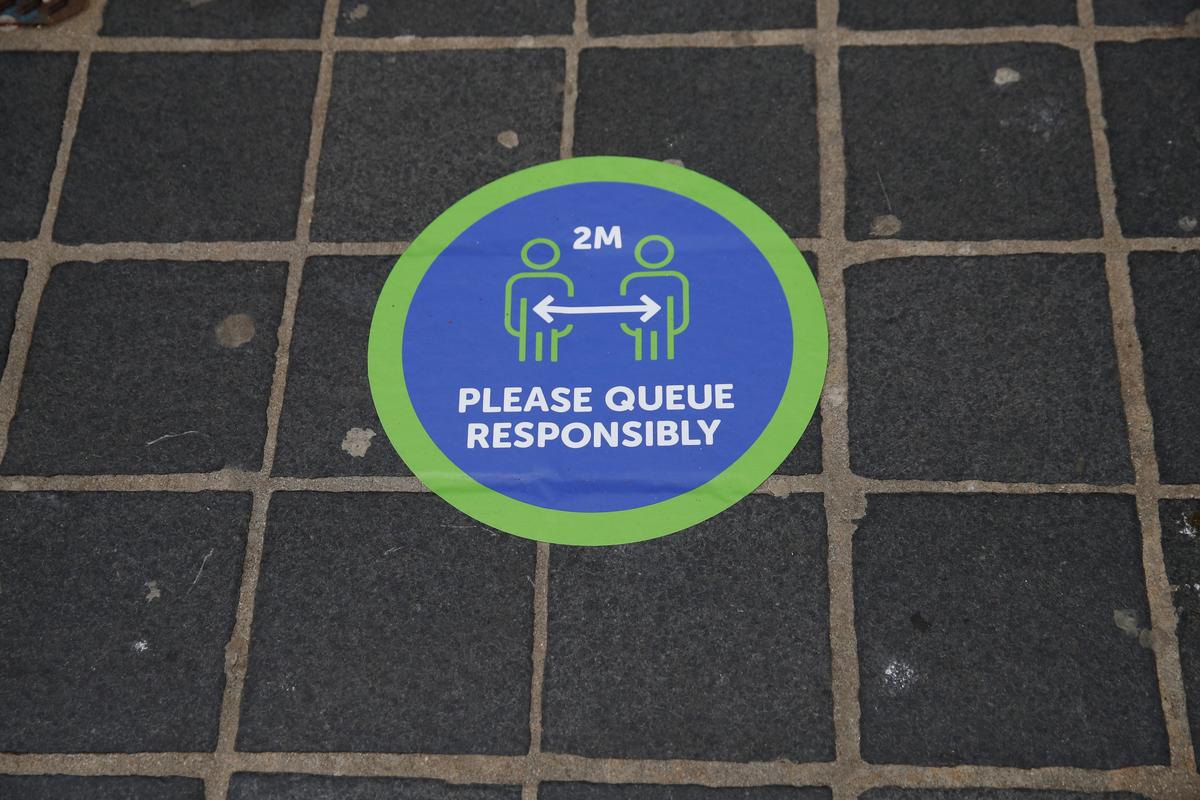 Social distancing markings are seen on the pavement in Liverpool, following the outbreak of the coronavirus disease (COVID-19), Liverpool, Britain, June 11, 2020. REUTERS/Phil Noble

LONDON (Reuters) – The reproduction rate of the coronavirus in England is between 0.8 and 1.0, the government said on Friday, a range slightly higher than for the UK as a whole, where it remains between 0.7 and 0.9.

The higher limit was above 1.0 in the southwest of England, where the range was 0.8-1.1. The government said the most likely estimate was in the middle of the range.

The reproduction – or “R” – number has been one of the key measures used by the government in deciding when lockdown measures can be eased.

It represents the average number of people that one infected person will pass the virus on to. An R number above 1 can lead very rapidly to exponential growth.

The R number for the UK as a whole was unchanged at between 0.7-0.9 for a second week.

The percentage of people in the community who have the virus had fallen from around 0.4% at the end of April to 0.06% in the two weeks to June 7, according to estimates by the Office of National Statistics published on Friday.

When there are only a small number of cases, estimates of R become less robust and less useful in determining the state of the epidemic, the government said.