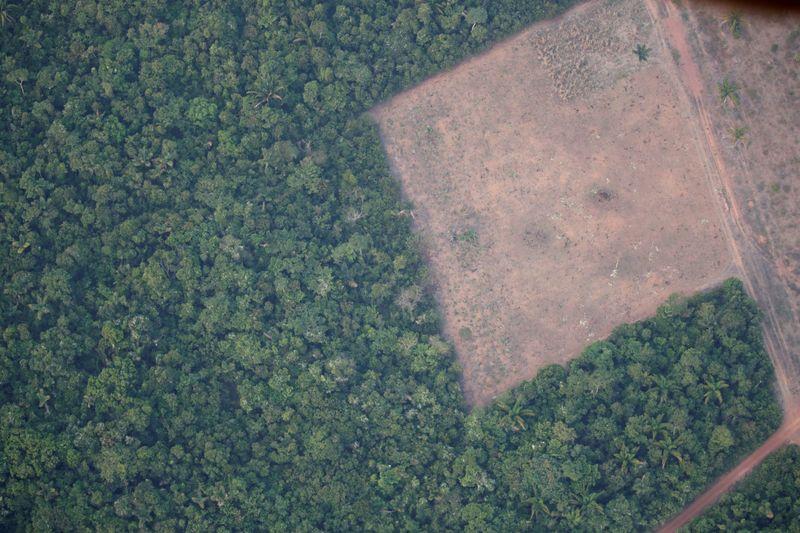 BRASILIA (Reuters) – Deforestation in Brazil’s Amazon rainforest rose for a 13th consecutive month in May, government data showed on Friday, despite President Jair Bolsonaro’s deployment of the military to fight soaring environmental destruction in the region

Destruction in Brazil’s portion of the Amazon increased 12% in May, compared with the same month a year ago, according to preliminary satellite data from space research agency INPE.

From January to May, deforestation rose 34% compared with a year ago to 2,032 square kilometers (785 square miles), an area more than two times the size of New York City.

Bolsonaro, a former army captain, sent the military to protect the Amazon in May, repeating a similar move he made in August last year as international outcry grew over forest fires.

“Now in May with them in the field, the deforestation alerts continued to be high. So this isn’t a model that is effective to reduce deforestation,” said Cristiane Mazzetti, a forest campaigner for Greenpeace Brasil.

Instead of one-off military operations, Mazzetti said, the government should be strengthening permanent, long-term plans to protect the Amazon using environmental agencies like Ibama, which Bolsonaro has aggressively sought to weaken.

On Wednesday, Bolsonaro extended the military deployment for another 30 days. [nL1N2DO0JT]

Bolsonaro has pushed to develop the Amazon, which he says will lift its people out of poverty, but environmental advocates blame his policies for emboldening illegal loggers, ranchers and land speculators.

Scientists see the protection of the Amazon, the world’s largest rainforest, as vital to curbing climate change as it absorbs vast amounts of carbon dioxide.

Soaring deforestation this year comes on top of an 11-year high in 2019. On Wednesday, INPE revised up 2019 figures to show a 34% rise, compared with 29.5% in the preliminary calculation. [nL1N2DN0QX]