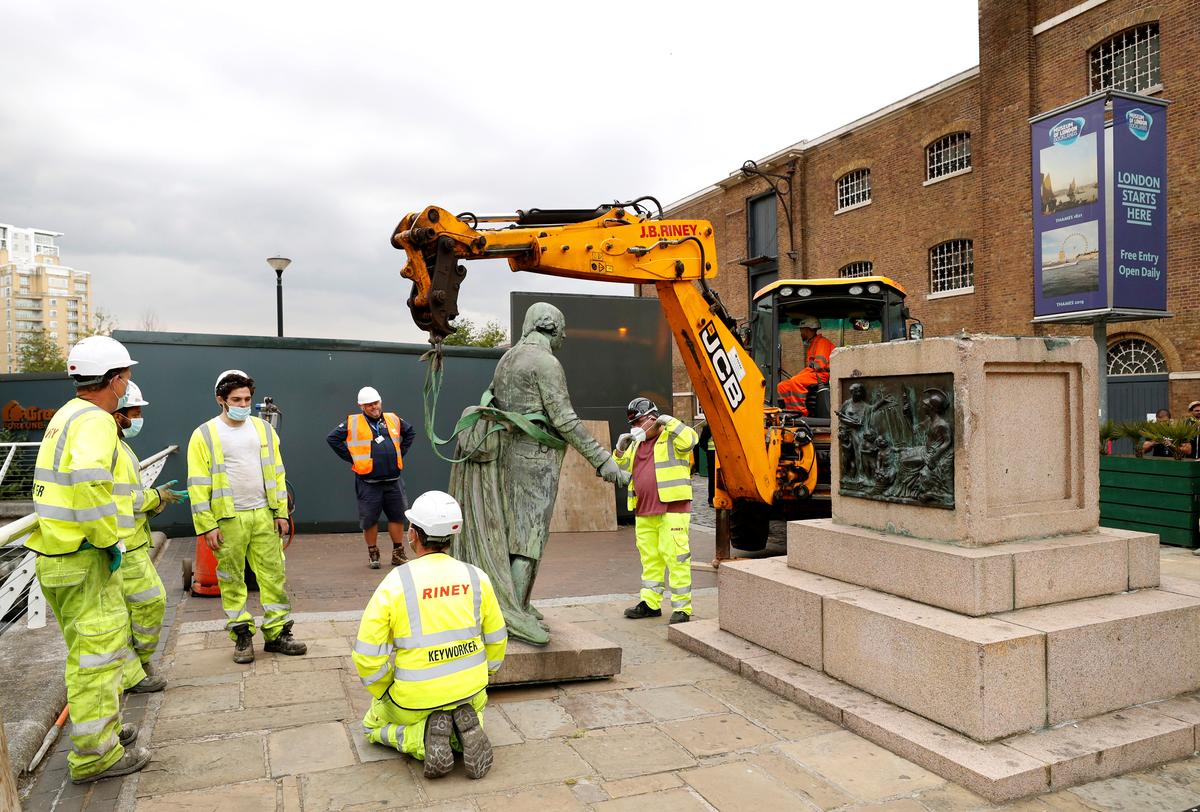 A statue of Robert Milligan is pictured being removed by workers outside the Museum of London Docklands near Canary Wharf, following the death of George Floyd who died in police custody in Minneapolis, London, Britain, June 9, 2020. REUTERS/John Sibley

LONDON (Reuters) – A statue of Robert Milligan, an 18th century slave trader, was being removed from its plinth outside a London museum on Tuesday after officials decided it was no longer acceptable to the local community.

The previously obscure statue, which stands in front of the Museum of London Docklands, came into focus after demonstrators taking part in a global anti-racism protest movement tore down the statue of a slave trader in Bristol, southwest England.