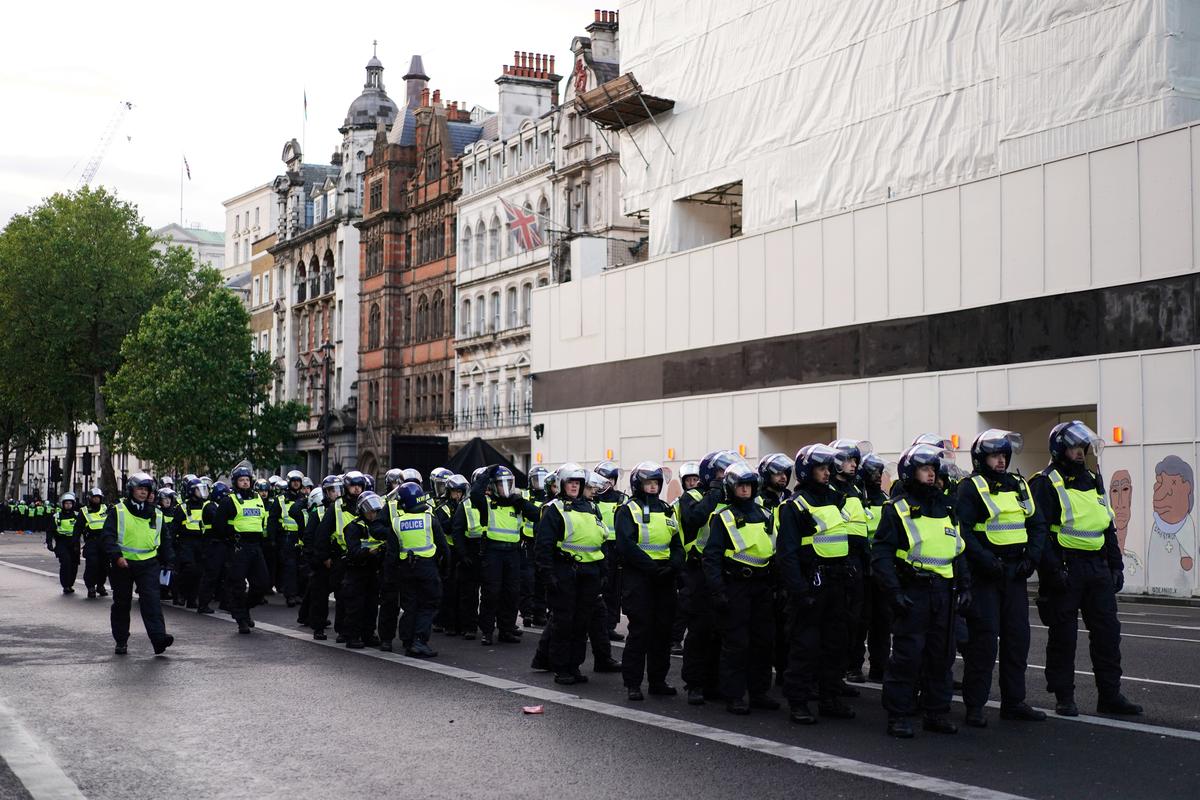 LONDON (Reuters) – Thousands of protesters gathered outside the U.S. Embassy in London on Sunday to condemn police brutality after the killing of George Floyd in Minneapolis, some wearing face masks to protect against COVID-19 bearing the slogan “racism is a virus”.

On Saturday, thousands of protesters had gathered in central London in a demonstration that was peaceful but that ended with small numbers of people clashing with mounted police near Prime Minister Boris Johnson’s Downing Street residence.

London Police chief Cressida Dick said 27 officers had been injured in “shocking and completely unacceptable” assaults during anti-racism protests in central London this week, including 14 on Saturday.

Both Dick and health minister Matt Hancock urged protesters not to gather in London again on Sunday due to the risk of the spread of the coronavirus. But thousands ignored this to pack the road outside the embassy on the south bank of the River Thames.

“It just needs to stop now,” said 17-year-old student Chaniya La Rose who was at the protest with her family. “It shouldn’t have to be this hard to be equal.”

There have been demonstrations around the world over police treatment of ethnic minorities, sparked by the death of Floyd, a black American, on May 25 in Minneapolis. A white police officer detaining him knelt on his neck for nearly nine minutes.

The London protest was peaceful, with people clapping, taking to one knee, waving placards and chanting “George Floyd” and “the UK is not innocent”.

Pauline Nandoo, 60, said she had been protesting about the issue of racism since the 1970s and the images of violence at the end of Saturday’s protest had not deterred her.

“There’s children of all ages and older adults here,” said Nandoo, who was with her brother and 13-year-old daughter. “They are going to experience what we have experienced and we have to try to make that not happen.”