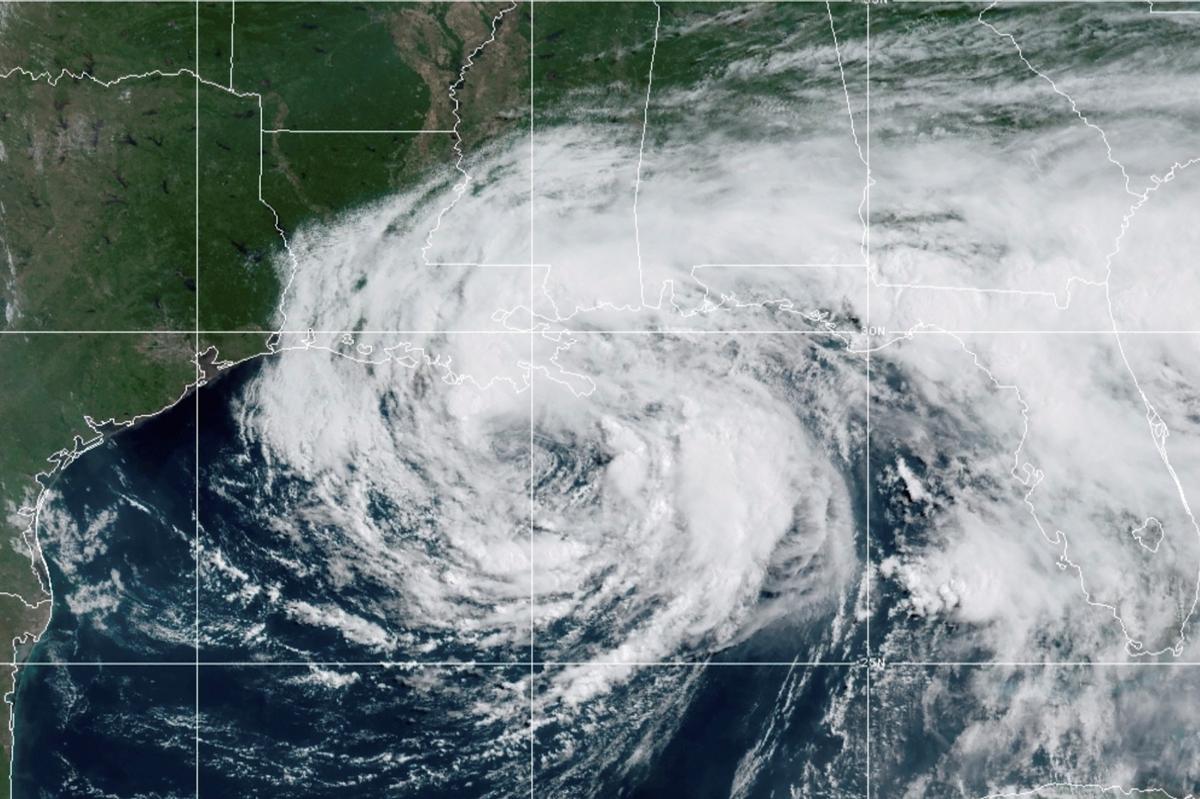 Tropical Storm Cristobal is seen on a northern track over the Gulf of Mexico in a satellite image taken June 7, 2020. NOAA/Handout via REUTERS

HOUSTON (Reuters) – Tropical Storm Cristobal on Sunday slowed its advance through the Gulf of Mexico, bringing a coastal storm surge, high winds and rain to southeast Louisiana, where it is expected make landfall later today.

The storm was about 30 miles (48 km) southeast of Grand Isle, Louisiana, at 1 p.m. on Sunday and moving at north at about 5 miles per hour. It is not expected to become a hurricane but will drop up to 12 inches (30 cm) of rain in some areas as bands move through the central and eastern Gulf Coast, the National Hurricane Center (NHC) said.

President Donald Trump tweeted on Sunday he had approved Louisiana’s request for an emergency declaration to “help with all aspects of the big storm that is currently hitting your shores.” Louisiana Governor John Bel Edwards on Thursday declared a state of emergency and called for a federal declaration.

Oil companies on Sunday had evacuated 188 Gulf of Mexico offshore facilities and shut-in some 635,000 barrels per day (bpd) of oil and 878 million cubic feet per day of natural gas output, the Bureau of Safety and Environmental Enforcement said.

The nine Louisiana oil refineries in the path of Cristobal plan to keep operating, according to people familiar with the matter. Combined processing capacity of the nine is about 12% of the U.S. national total of 18.8 million bpd of oil.

After landfall later Sunday, the storm is expected to travel north and pelt Arkansas, Missouri and the mid- to upper Mississippi Valley with wind and rain. Flooding was reported by Louisiana state police on some roads.